Should you dive in this week? Absolutely! 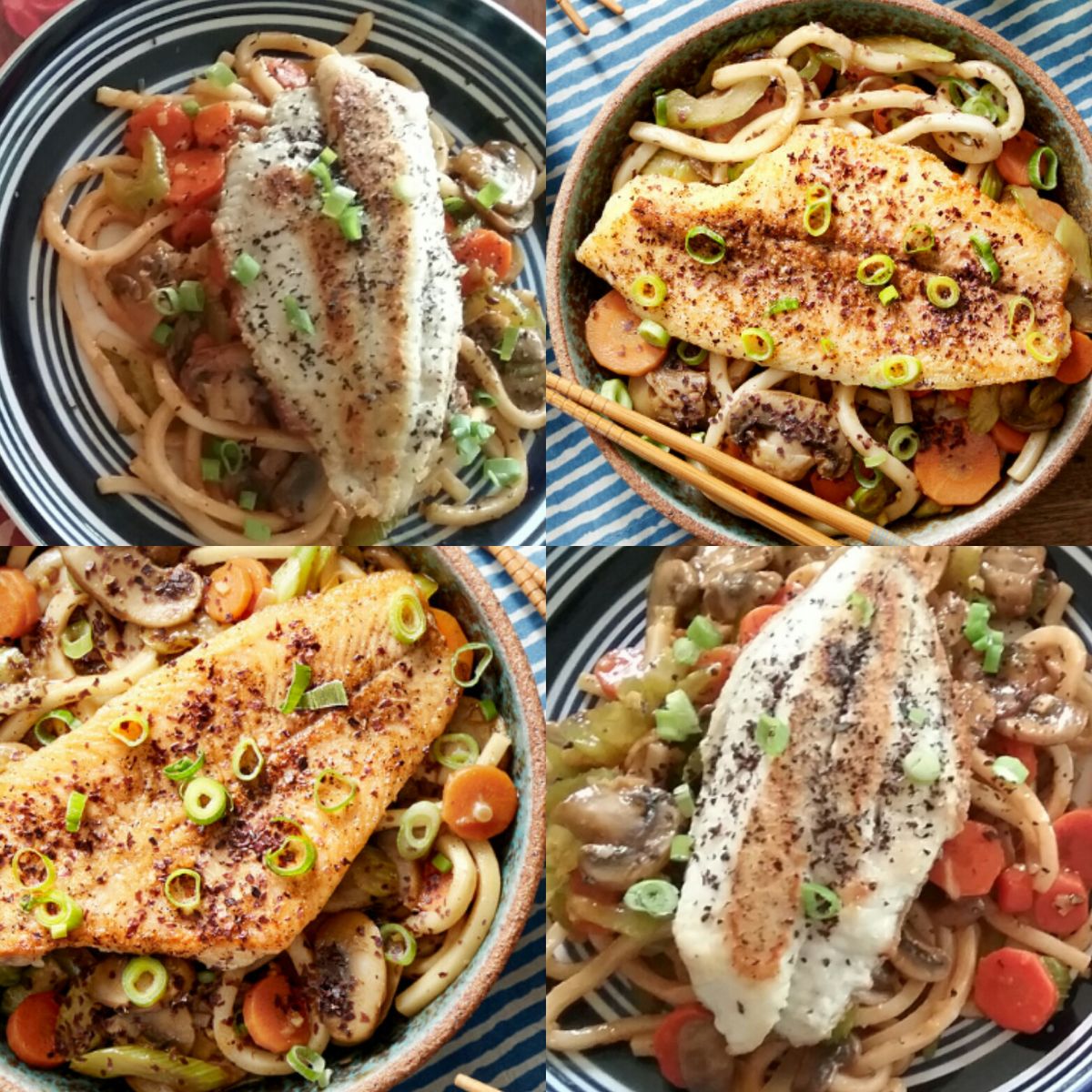 gRecently, my hubby and I were able to try Blue Apron for a week. We loved it. Part of the fun is getting to choose three meals that you'd like to make, and the week we chose offered Seared Catfish with Udon Noodles, Mushrooms & Carrots. There were two words in that recipe description we absolutely could not pass on - in fact, these words were what prompted us to choose to receive any meals at all during that week: udon noodles.

Initially, we had our hearts set on ramen noodles, but since there was no ramen listed in the upcoming weeks, we decided that udon would slake our craving for Japanese noodles. The fact that it came with catfish was also a bonus, although I had never cooked catfish at home. It intimidated me a bit.While I absolutely love fish, catfish was never my favorite as it can sometimes have a muddy taste to it. I've had clean, flaky tasty catfish, and I've had muddy, rubbery regrettable catfish. Which one would be in my box?Once my shipment arrived, I knew exactly which meal I would be making first. Eagerly, I got to work at prepping my veggies. It's fun working with fresh ingredients, and I do a lot of cooking, so I made short work of the mushrooms, carrots, celery, ginger and scallions. To my surprise, the udon noodles and catfish were extremely low-maintenence ingredients (just a gentle massage for the noodles, and some salt and pepper for the fish).Following the instructions on the provided recipe card, I added the ingredients to my hot pan, practically salivating as everything started coming together, but the catfish was still making me anxious. Even if it didn't turn out to be good catfish, I still had the noodles, at least (and the noodles were all I really wanted, to begin with, after all). Salt and pepper wouldn't be able to mask a muddy bite, so, when the time came, I gently lowered my fillets into a fresh, hot pan with and crossed my fingers as they gave a satisfying hisss.After cooking a few minutes on each side, it was time for the verdict. I portioned out the noodles and fish (pretty as a picture, if I do say so myself), and added the last of the garnish. Then, we dug in.

Predictably, the udon noodles were deliciously slurpable, and the vegetables were quite tasty (mushrooms are a particular favorite of mine). The provided yakiniku sauce (which coated everything but the fish) was sweet, savory, and had a pleasant zip. There was no doubt in my mind that we had absolutely chosen the right meal from Blue Apron. But what about the catfish?

It completely blew us away!

Maybe it was the freshness. Perhaps it was the source. Maybe it was both. As much as we enjoyed the udon, the catfish was absolutely the star of the dish. It was flaky, moist and delectable. Even my best experience with catfish couldn't hold a candle to what was on my plate.

So, if you are considering skipping the upcoming Blue Apron catfish meal, don't! I highly suggest you try it. It's simple to cook, and huge on fresh flavor. You won't regret it!
Report this Content
This article has not been reviewed by Odyssey HQ and solely reflects the ideas and opinions of the creator.