Blog: What A Show
Odyssey

Blog: What A Show 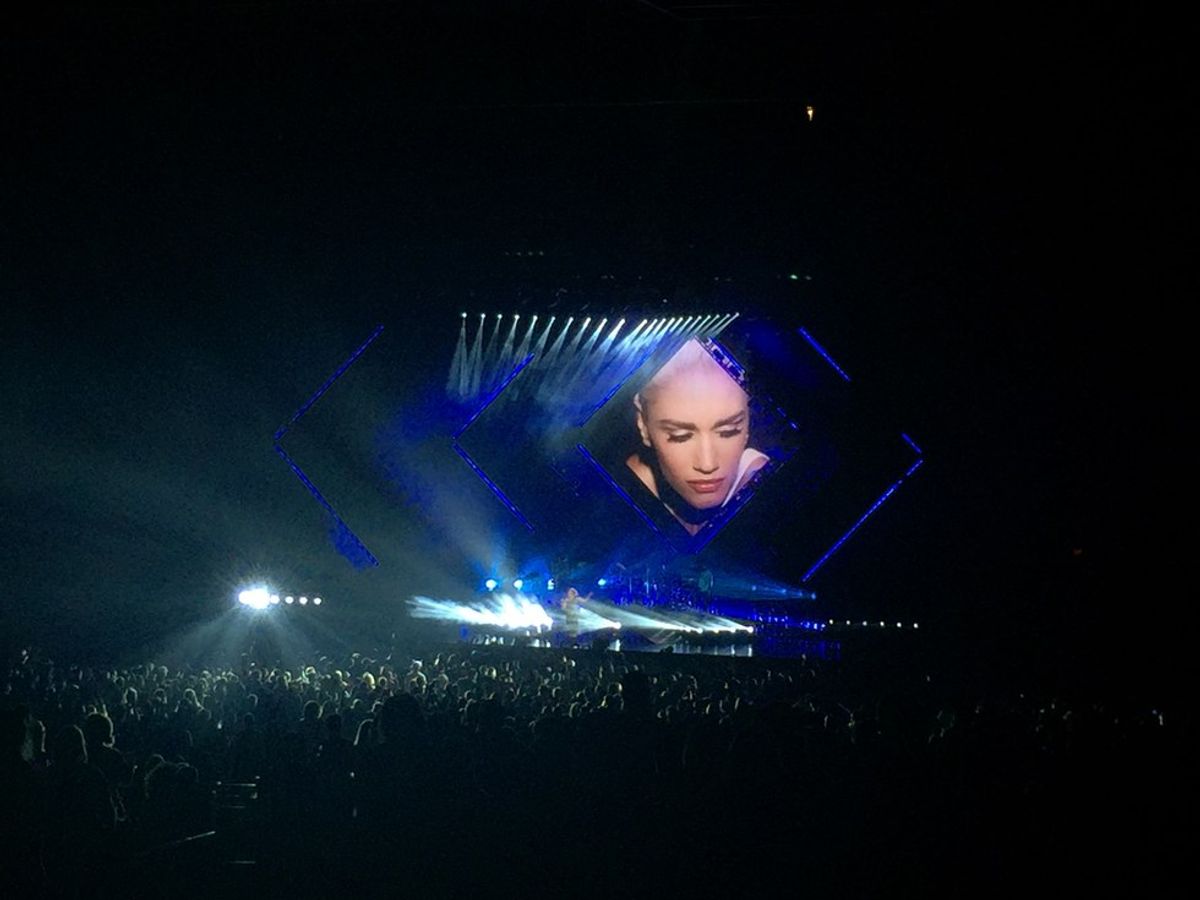 Every year when the first signs of summer show that typically means for people that their countdown to going on vacation, the end of the school year and then for some the ever so famous “concert fever” coming out of hibernation is close.

One that is so relevant to me and some of you out there is concert fever it is definitely something that will make you forget you have bills, student debt and that you only work a minimum wage job because simply what is money when it comes to concerts? You find yourself on Ticketmaster scoping out all the concerts that will be occurring at the closest venue, you get some people together, buy some tickets and that my friends is a summer plan.

This year I was doing just that, and I came across an opportunity to see Gwen Stefani. Now, I didn’t jump right out of my chair and grab my wallet, it was more of let me talk to some friends and it is what it is. One of my best friends, Ashleigh and I felt like it was an opportunity we had to take advantage of because, not only was it the woman who helped us learn how to spell banana (Did I just sing "Hollaback girl" to spell that? Yes!) It was more because no doubt was some of the first music we can remember listening to as a child and we felt that was more than enough justification.

It was the morning of July 17th and Ashleigh and I were not as excited as we usually get for concerts. Maybe it was the lack of coffee (which brings me my daily dose of enthusiasm) or just due to the fact that it was supposed to rain, we were seated in the lawn and both her and I still had a work day ahead of us. Sure enough as the day progressed, so did my excitement, what didn’t progress was the chance of rain and that put us more at ease.

After work we spent about two hours getting ready (In realty it was more of lets lay around and do everything but make ourselves presentable and smell a little less like we did not just make sandwiches for 6 hours). Finally, we got ourselves together, got to the venue, parked the car (which we spent eternity trying to find after the concert) and made our way to the front row of the lawn.

Seven o’clock rolls around and it is time for the opener who happened to be Eve, a female hip-hop artist. Was I excited? Not really but, did she turn out to be one of the best female rappers I have ever seen? Yes and she delivered only what I thought was quality. After she left that stage all of a sudden this spark of excitement hit Ashleigh and I (here I’m thinking, wow that was a little late) and as the 15 minutes of eagerness passed by, the venue lights cut out, the crowd is screaming preparing to lose their voices, and here we are all of a sudden standing up watching a video Gwen Stefani had prepared before she entered onto stage. This video was of her explaining how she never thought after seven years of no touring she would be here today doing what she loved to do and how grateful she was to have such a strong fan base that inspired her to create this new album followed by a tour. Soon, Gwen Stefani comes out to her song Red Flag from her new album “This is what the truth feels like” and wow did my eyebrows raise and mouth drop when I saw her and heard her first few notes. With a set list containing 26 songs from her No Doubt days, first solo albums to this new album, it was that day I saw the difference between a singer and an artist.

Spending my high school career in an arts academy for vocal I was always told that there are singers and then there are artists, and I believe you have to see that in order to believe it. I say you have to see it because everyday we listen to music produced and performed by people, but to truly see and hear the talent live is verification that there are those producers and performers that truly have talent that makes your hair on your arm stand up and goosebumps appear all over your body the whole time they are on stage. Gwen Stefani was one of the most genuine performers I have ever seen, to say you care and appreciate your fans is one thing but to show it is everything. Her positive attitude and abundance of energy spread throughout the crowd like a wildfire and to sustain that throughout your crowd the whole time with such a large set list is what a true artist does. This experience exceeded my expectations and validated that there are still true artist that are doing what they do because they love it and not for the money. After the concert walking around trying to find the car, I knew I had to write about this experience for my upcoming article and it’s better than a Yelp review if I say so myself.

PS. The random appearance and duet from Blake Shelton and Gwen Stefani was greatly appreciated.