Exactly what I said. 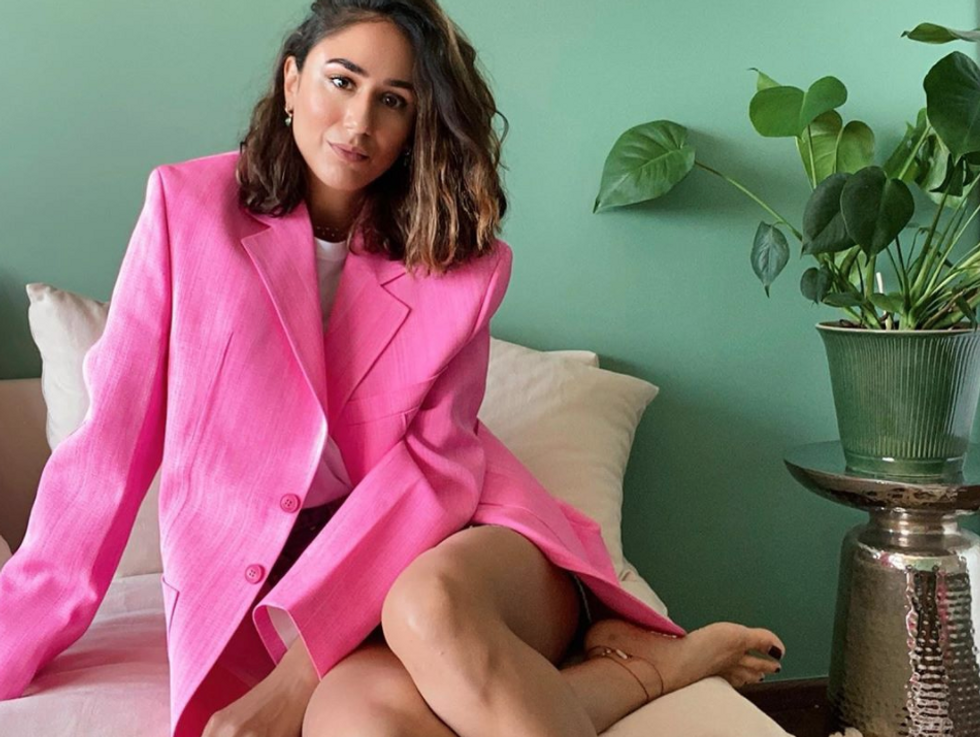 Up until about 4 hours ago, my life was different. I said things, thought things, wanted things, did things, and never really knew what was going on (but tried to pretend to.) Basically, my life was chaos. And then...I bought a blazer. And everything changed.

Now you might be thinking to yourself "Sonna, what's so special about a blazer? You sound a little dramatic."

To which I would respond "Well reader, you haven't seen this blazer." But in a realer sense, it's not just about the blazer. It's about why I bought the blazer and what that meant for me.

I started college as a neuroscience and physiology major deadset on taking the MCAT and becoming a neurosurgeon. Crazy.

Now, I'm a political science major hoping to be a politician and thinking about whether I should be a writer in the entertainment industry or an entrepreneur in the arts industry. Not as crazy.

And if I'm being honest, there were probably like two more times I changed my major in between.

If you were to ask me who I am my answer would be pretty simple: I am not sure. And you know what? I'm not so sure that's a bad thing.

I feel like everybody (meaning college and quirky coming of age movies ) makes figuring yourself out seem pretty easy. I mean you start out being one thing, then you do this big dramatic different thing with different people, and then you become this totally different person who (not so shockingly) was who you really were all along, right? WRONG.

Figuring yourself out is more like sometimes doing one thing, and then doing another, and then realizing maybe you shouldn't have done the first thing at all, and then feeling like maybe you're not really supposed to be doing the second thing, while wondering if the third thing has anything to do with the fourth thing and hoping that the fifth thing makes more sense than all of the things combined.

Did that make sense? Well, it shouldn't.

And even though there are some pretty complex movies out there, figuring yourself out is never as black and white as they make it seem. Most of the time its the entire fucking rainbow. Today I bought a blazer because it made me feel one step closer to being who I really am.

I've never owned a blazer before and I may never buy one again, but today, I felt it.

And you know what? That's good enough for me.