As A Young Black Man In America, This Is Why I Fight For Change

As A Young Black Man In America, This Is Why I Continue Fighting For Change

I will keep pushing the Black Lives Matter movement forward and I won't stop until I see actual change. 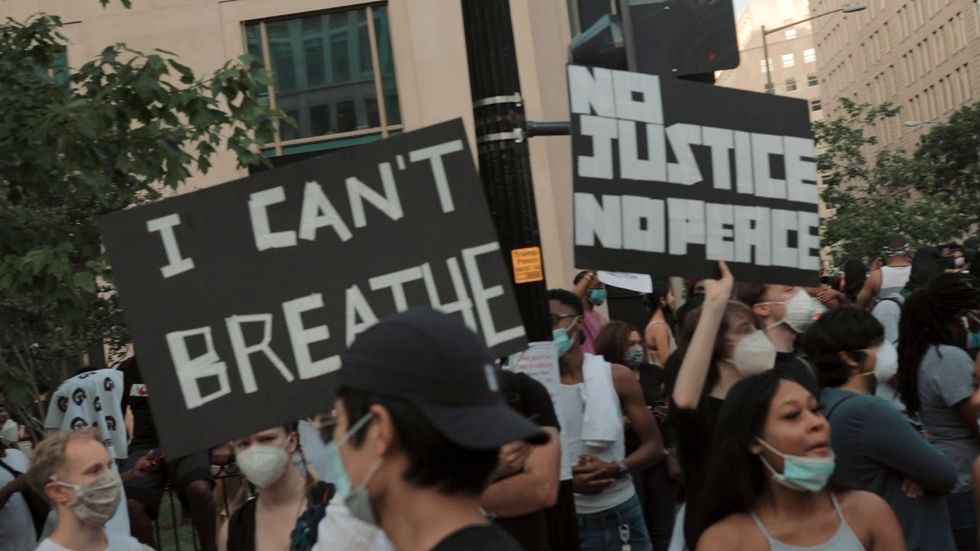 It is now three weeks since the killing of George Floyd by former Minneapolis police officer Derek Chauvin. Breonna Taylor, Ahmaud Arbery, and countless others have been killed at the hands of American law enforcement and racist Americans just in the past year. What makes this time different from all the other countless deaths? What makes these deaths the start of a sustainable movement for change?

When I was in middle school, Trayvon Martin was murdered on his way home from the convenience store. I had witnessed from start to end, the character assassination of an adolescent not too far removed from myself and the acquittal of an admitted killer. When I was in high school, Freddie Gray was murdered in the zipcode next to me, tortured on his way to a police station without even committing a crime. In those same few months, Michael Brown was murdered after jaywalking and his killer walked free as well. The scary thing is, these names are only a minuscule sample of the racial, structural, and systemic killings committed by law enforcement and regular residents while being sanctioned by the government and judicial system.

Between 2013 and 2019, 99 percent of police killings have not resulted in an indictment or charge of a crime. African Americans are 2.5 times more likely to be murdered than their white counterparts by police, and some jurisdictions see a nearly 40 point disparity between population and police violence and killings.

If the data doesn't show a broken system, the actions the system has carried out over the past few weeks in response to citizens speaking out surely does.

What is it going to take for Black lives to matter? The sheer moral and legal mud of a no-knock warrant at the wrong house killing Breonna Taylor in her sleep and then imprisoning her significant other for defending against unidentified intruders? The hunt of Ahmaud Arbery jogging in the streets, then while dying on the street, spat on and called a nigger? The nine minutes of life leaving a complying human being by the hands of law enforcement, crying out with his last breath for his mother, only to be killed by those sworn to protect him?

We as young people have to stand up, have to take control of the moment, and initiate the change.

Our moment is now, our movement is led by us, and our voices are to be heard. From taking down monuments in public spaces that celebrate genocidally, racist, and destructive parts of our history, to calling for funds from police departments to be transitioned into funds to build our communities, not occupy them. We have to be clear with our demands and unwavering in our desire for them to be filled. From all facets of our society, at our higher education institutions, our workplaces, our homes, and the spaces that some enjoy but some don't have a voice in, this is our moment to take the lead.