More black lives should not have to be lost for us to confront injustice and oppression. 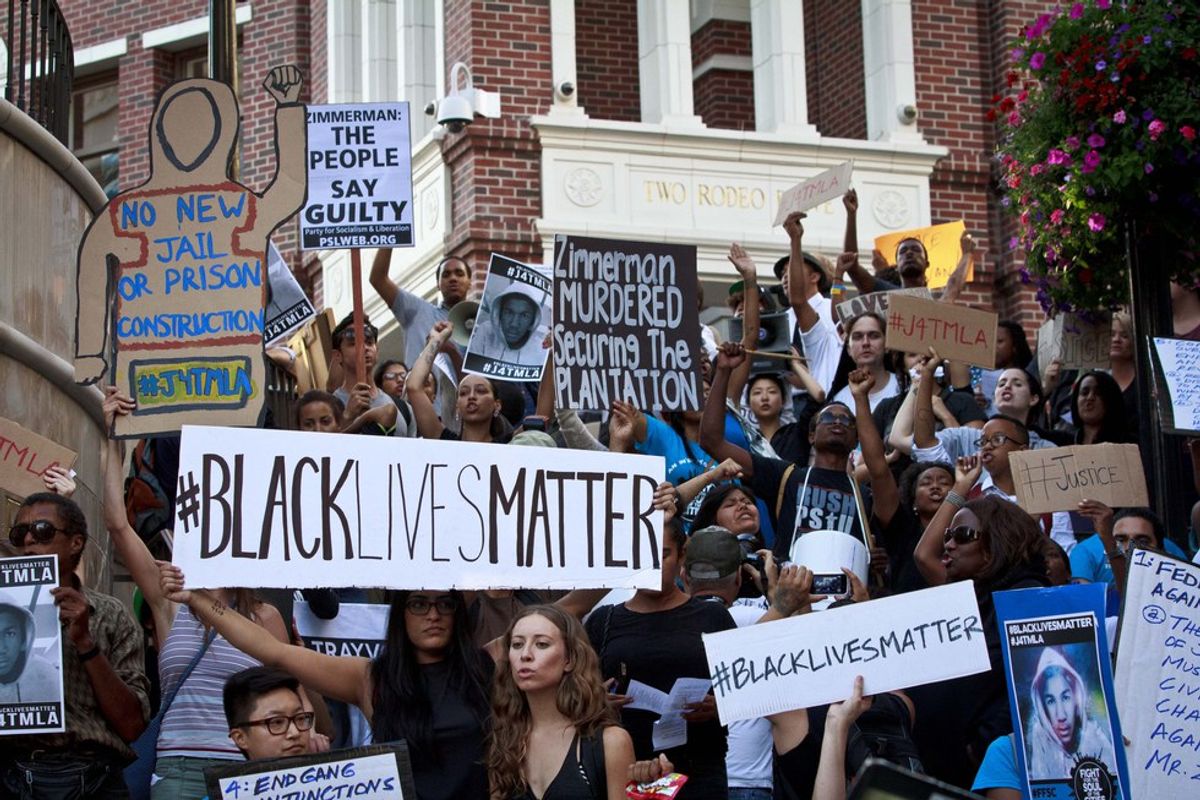 I'll be honest: I avoid the news. There was a time when I at least pretended to attempt to keep up with everything going on in the world, but I've always found staying well informed to be an overwhelming task.

This summer has seen an astounding amount of violence, both at home and abroad, from Orlando to Dhaka and more. While I had heard about all these tragedies as they happened and identified with many of the communities of the victims, I detached myself from them. As I broke my fast every night in Ramadan, I'd make a quick prayer for justice around the world and move on with my night, eating and preparing to go to the mosque or to get ready for my class the next day. I could barely keep up with everything happening in my personal life, so I ignored everything that was outside my own head. However, with the events of this past week, I find that I can no longer ignore what is happening around me. This shouldn't have been what snapped me out of my state of detachment, but it was.

This Tuesday, July 5th, a 37-year-old black man named Alton Sterling was selling CDs in front of a convenience store in Baton Rouge. According to CNN, a homeless man who had been asking Sterling for money called 911, claiming that Sterling was threatening him with a gun after he told the homeless man to leave him alone. The two white officers who showed up, Blake Salamoni and Howie Lake II, wrestled him to the ground and shot him several times, killing him.

Video footage from a bystander captured the incident. The convenience store owner, Abdullah Muflahi, also said that Sterling recently started carrying a weapon (in the open carry state of Louisiana) after his friends who also sold CDs had been robbed while they worked, and confirmed that Sterling did nothing to cause trouble, nor reached for a gun in the presence of the police officers.

In the end, however, that barely matters. What happened here was that these police officers murdered a man in cold blood. From the footage and the store owner's statement, it is evident that Sterling was not threatening the cops with a weapon, yet the police immediately resorted to deadly force.

This conversation almost seems tired, but it also seems necessary to say again: the victim did nothing wrong. Alton Sterling was just selling CDs. And even if Sterling had done something wrong, there was no reason to kill him. If the cops had to do anything, they shouldn't have used deadly force. This shouldn't even be a question. They were clearly in the wrong. And yet, these cops get to be on paid administrative leave.

It didn't stop with Sterling. Another black man by the name of Philando Castile, who worked as a school cafeteria supervisor at J.J. Hill Montessori Magnet School in Minnesota, was driving in his car this Wednesday, July 6th, with his girlfriend Diamond "Lavish" Reynolds and their four-year-old daughter. The 32-year-old was pulled over by an Asian police officer for a "broken taillight" (that wasn't actually broken). The officer asked for his ID and registration, and as Castile reached for those documents, he let the police officer know that he was in possession of a firearm for which he had a permit to carry (which is what one is supposed to do in that situation).

Next thing they knew, the officer shot and killed him as his girlfriend and young daughter watched. Lavish Reynolds uploaded a video of the incident to Facebook and it went viral, sparking outrage. There's more to say about this, including the fact that Reynolds was detained, and that her four year old daughter, after witnessing the brutal murder of her father, had to comfort her own mother, but these facts are pretty clear. There was absolutely not a single thing Castile did that could be considered wrong, and yet he was still shot.

There are many conversations to be had about this. One could (but not really) argue that Sterling, who had a bit of a criminal background, was not the most upstanding member of the community (though it's hard to see how that's remotely relevant to his violent murder, or why people are so willing to let a black man's past completely define his "goodness" while white rapists and criminals receive only concern for their futures, undefined by their crimes), but Castile was in every way as "respectable" as a person could get and still was shot.

One could talk about guns and how Sterling owned a gun in an open-carry state, and Castile had a permit to carry a gun, yet people still find their possession of firearms to be a wrongful act, while gun rights activists are not defending them.

One could discuss how anti-blackness is a problem not just with white cops or white people, but within many other non-black communities.

And there are still so many more discussions to be had and many other events (such as the Piedmont Park hanging, or the Dallas shooting) to talk about.

It can all be very overwhelming. This kind of brutality against black people has been going on for a very long time, and it doesn't seem to be lightening up. At this time, it is important to stay informed, but it is also important to take care of oneself. The reality of these situations is harsh and unreasonable, but it is still reality.

Black people should never have to be afraid for their lives when they are simply trying to live. Those who do wrong, including and perhaps especially law enforcement, should always face the proper consequences of their actions. And black lives should always matter.