The War Between “All Lives” & “Black Lives”

The War Between “All Lives” & “Black Lives”

All lives cannot matter, unless black lives do. 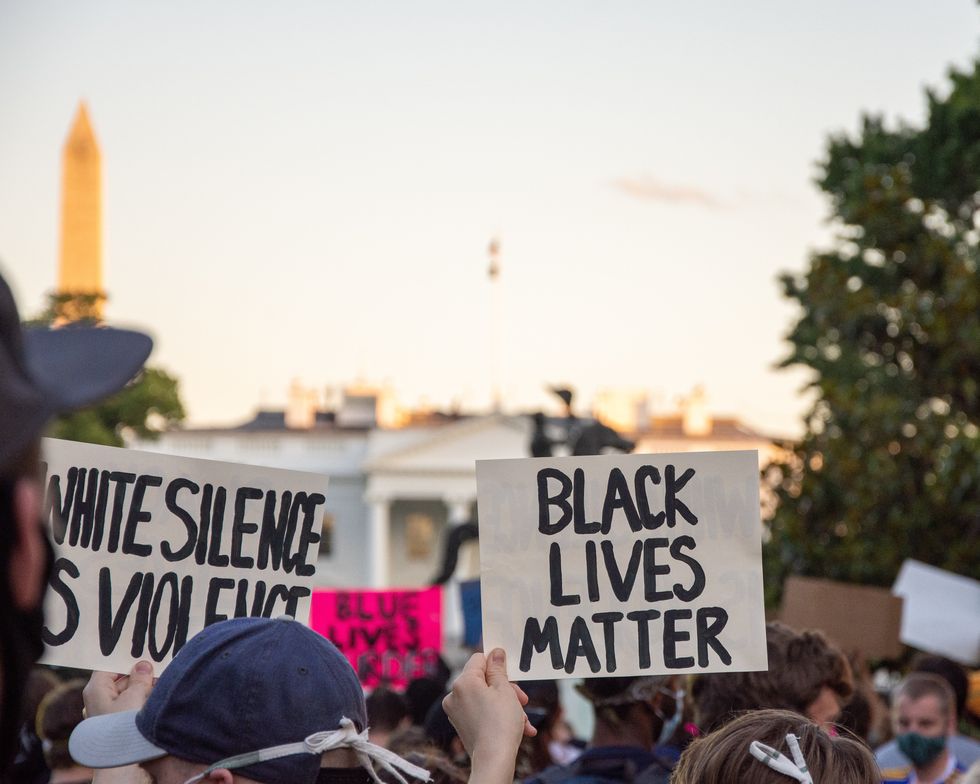 Photo by Koshu Kunii on Unsplash

The unfortunate event of any major outcry, or protest of change, is the backlash that comes with it. We see how time, and time again History repeats itself. People had an issue with the civil rights movement, and an issue with the women's movement. People had issues with letting go of slavery, people have an issue with “Black Lives Matter." Because I believe we as a society do not want to hear that there is a problem. We want things as they were, and as they are. “Don't draw attention to it," don't cause a scene.

I myself am a twenty-three year old college graduate, obtaining a soon to be Masters in Criminal Justice. I have no police experience, no formal training. Only an education.
What I have learned and was raised to believe, is that my white culture, my personal beliefs and opinions are not the standard.

As a white female, born within the United States, I'm thankful for the opportunities I've been given. I'm thankful for the good my Country has produced, and the ability to be educated. However, I don't feel comfortable praising a Country in which proclaims “freedom for all." When that isn't the case. I don't feel comfortable living in a society where we want to ignore the “bad," to feel comfortable. Where we have to draw the attention back to ourselves to maintain this “comfort." Our criminal justice system isn't broken. I believe it is created flawed.
We want to believe times have changed because it is 2020, but as I've mentioned, History only repeats itself. Even my criminal justice education contains many biases, and flaws drawing attention to high crimes in minority groups, while disregarding the need for good resources within these communities. Rather, than a stricter police presence.

I had the privilege of joining a black lives matter protest in my community. And I find it so ironic how many disagree with protests, yet strongly believe in “freedom of speech."
Many are outraged at the looting, and yet historically we are allowed to burn down Native American tribes, and enslave men, women, and children. We can rebuild a convenience store, but we cannot bring back the men and women who have been wrongfully murdered by the hands of law enforcement.

I'm ashamed at how quickly the murder of a man and woman becomes political in the hands of the media. How every link, every website has a an angle. Not focusing on the truth. With every crazed Republican, we find a Democrat. With every passionate protestor, we find an individual with a gun. With every looter we find acts of terrorism through the vehicles plowing down innocent people. With every plastic bottle thrown, we find a head wound from a police baton.
Whichever political party you hold to, or religion you cling to. Understand racism is an issue. Because it discriminates against men, women, and children for the mere color of their skin. Making them highly susceptible to being stopped by the police, profiled, and targeted as “thugs," and “gang members."

When I hear “all lives matter," I hear “what about me?" When for once this issue isn't about you or I. Nor an issue we may be able to understand, or relate to. Ever.

But nevertheless an issue of a social injustice that continues on despite a pandemic, despite new leadership. Because of a messed up system we call “freedom for all."

Or educating ourselves on the realities of white privilege.

Because black lives DO matter. And Racial Discrimination IS an Issue.

Madison Franz
The Narrative
1110016
Photo by Brooke Cagle on Unsplash

Madison Franz
The Narrative
650862
Photo by Manny Moreno on Unsplash