I'm A Black, Gay Fashion Lover Growing Up In The South 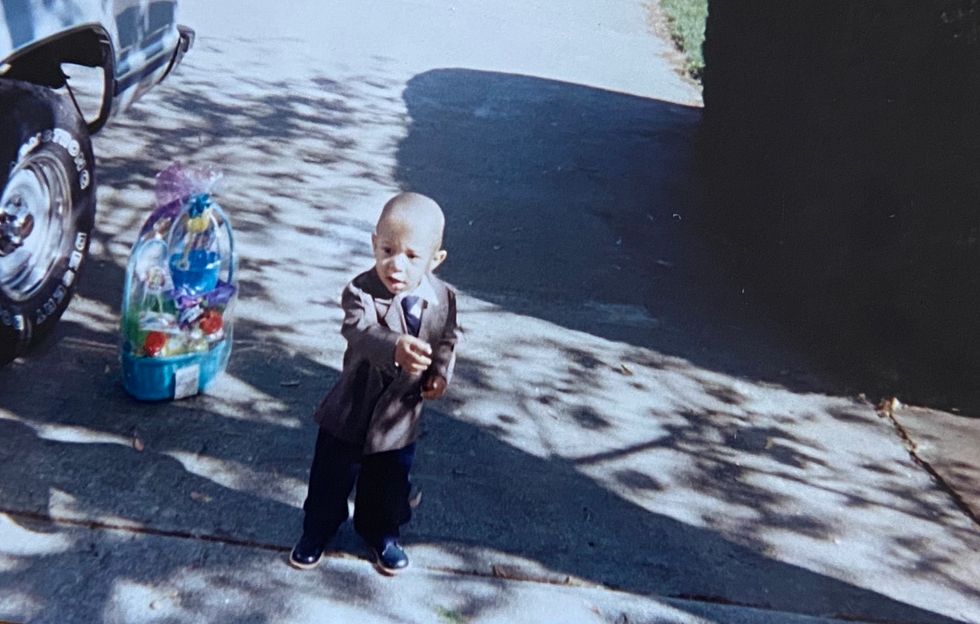 I didn't know that this would be my escape later on in life.

I grew up in a southern Baptist household and environment. It of course is frowned upon and I always knew that I was going to have to deal with some negative thoughts and opinions at such a young age.

I came out while in sophomore year of high school at 15. I remember it like it was yesterday. Lady Gaga's Born This Way album was released and I felt empowered. I felt like it was my time to live in my truth and admit it to the world who I am. I swallowed the lump in my throat and told my mom.

Although it was tough getting her to come to terms with who I am/was, she eventually came around.

Most people at school knew that I was gay since we were in first grade. That was one of the main things I was made fun of for most of my K-12 years. It wasn't until high school that I realized, if they're gonna call my bluff, then why not go all the way?

By all the way, I meant being creative with my attire and really stepping into my passion, and that's just what I did.

I realized I wanted to be fashion journalism at about the age of 11 and spent years reading and collecting Vogue.

I faithfully watched Project Runway and America's Next Top Model.

I constantly tried to figure out how to put what I was watching into words. I always wanted to review or explain the beauty I saw. Thus, I started collecting magazines like a mad man, no seriously, I had so many at one point that they covered my wall when stacked up.

The smell of a fresh magazine filled with new ideas, beauty, and stories is what intrigued and still intrigues me today.

It has been my dream since that time to become an Editor-In-Chief of a fashion magazine, and put people who don't typically get a voice, the certain of the magazine under my tenure.

I truly feel like it's in my future. But, there's a slight fear. The fear is that I won't even get the chance to climb the ladder or even make it up high enough to implement any of my dreams because of the color of my skin or the way that my hair grows out of my scalp.

It's a fear I feel in the pit of my stomach every time that I think about the current predicament that I'm in.

I set off to college, where I planned on studying business. Which, I did. But after graduating from undergrad, I decided to go to grad school at Syracuse University, where I met some really amazing people who pushed me to my limits and made me find the beauty in the pressure.

I've had some amazing opportunities during my time at SU. I became the Editorial Director then Managing Editor of SU's premier fashion magazine Zipped Magazine, I was a contributing writer for SU's Jerk Magazine, and I've had a few other editorial experiences while at SU.

I graduated in June, and that now leads me into being jobless and sinking into to imposter syndrome depression.

It feels as though sometimes I'm just barely floating above water, waiting for something to happen. I eagerly and aggressively search for job postings every day and try to make networking connections—which most of the time is not working.

It feels like a losing game, but it's one that I'm sticking out until the end.

I want to be the editor-in-chief of a major fashion magazine, where I can give a voice to the voiceless.

I want to be able to give people who look like me a chance at their dreams. To me, in today's media culture, it's absolutely absurd to hear that in Vanity Fair's existence, only in 2020 did it have its first cover shot by a Black photographer.

It's even more absurd that it took Vogue 125 years to have a Black photographer shoot their September cover, which is the magazine's most important issue, and arguably the only reason why that happened is because Beyoncé was the cover star and Anna Wintour gave her complete creative control over the issue.

With the current racial justice outcry, it's important that fashion actually does the work to change.

Anna Wintour saying that Vogue hasn't done its part and that there's more that can and will be done, it leads me to wonder if it's all just performative actions.

For years, I've looked up to André Leon Talley and Edward Enninful, keeping up with their careers and learning that doing extensive fashion research and learning fashion history means nothing if you don't have people that believe in you.

I am adamant that I will be become the editor-in-chief of a fashion magazine, so I can be a beacon of light for every little gay Black boy who wants to be in fashion.

I want to be a leader for the next generation.

I must be the change that I want to see.