Experiencing first-hand what happens in a first birthday 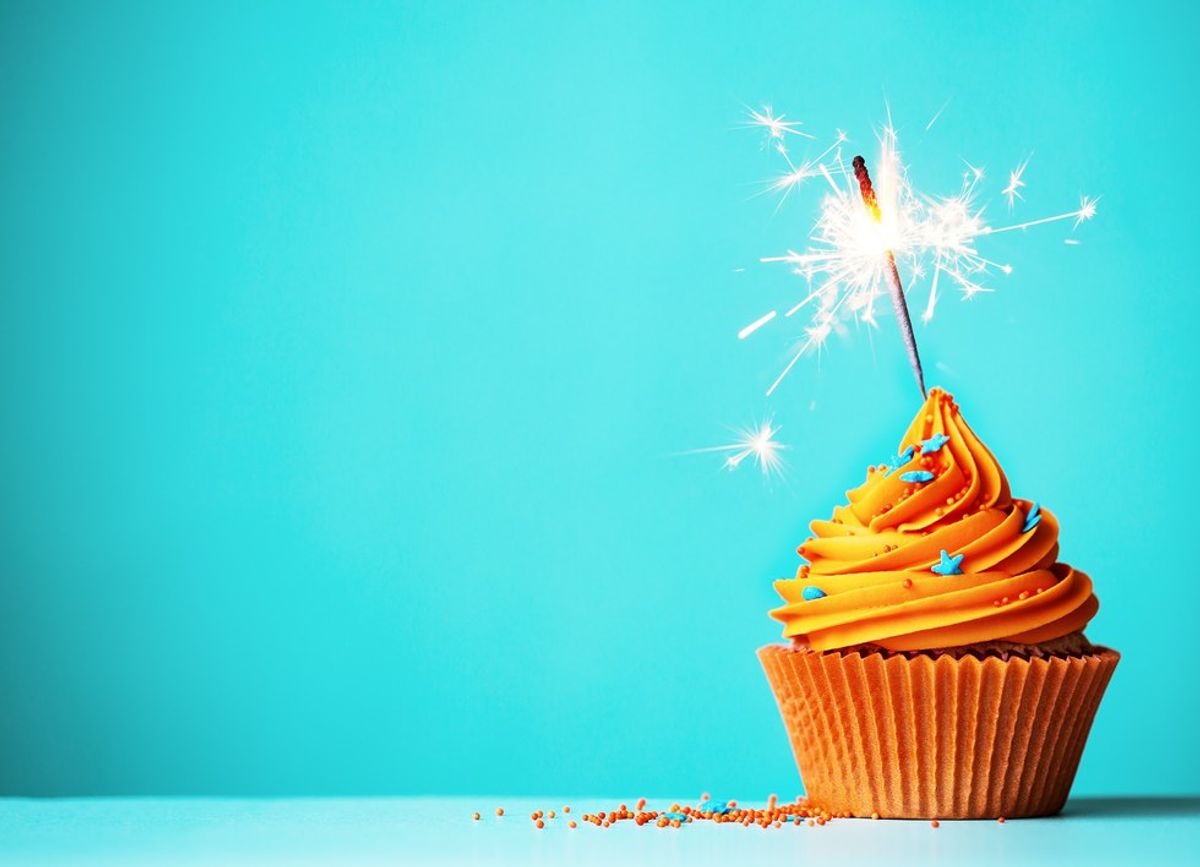 Thôi Nôi translates to “leaving the crib,” and has both a literal and figurative meaning. The literal meaning comes from the fact that many 1 year olds are able to walk or crawl on their own and no longer have to be confined to their cribs. The figurative meaning means the baby is starting a new chapter and leaving behind an old one. Some Vietnamese families will even celebrate the baby’s first month -- a simpler version of a 1st birthday party that does not include the birthday grab.

The first birthday tradition includes offerings to the 12 Guardian Midwives called Bà Mụ. These godmothers are reverenced as guardians for children and have protected babies since their conception. The 12 are said to represent the 12 different months of the year. A prayer is said over the items wishing the baby will be successful in life. To pay respects to Bà Mụ for my cousin Colin's birthday, my family offered 12 bowls of sweet sticky rice, 12 bowls of a Vietnamese dessert called Chè, some persimmons, a bouquet of flowers and a roast pig.

On the other end is a makeshift altar. Two candles are placed and ready to be lit while a makeshift incense holder is between them. The smaller cups will be filled with liquor and tea. Once the candles were lit, my grandmother lit some incense and said a prayer to Bà Mụ, and a prayer to Colin. She then lit six incense sticks total, giving three to Colin's mother and the other to his father. My grandmother began rubbing flowers on Colin's face while his mother also said some prayers for Colin's well-being as a way to help him speak well and grow more attractive. With a few bows, the incense were put in place and the candles are blown. The food that offered could now be eaten at the party.

Unlike the Doljanchi, our family's birthday grab is a bit more informal. Colin's mother grabbed a few things from around the house for the birthday grab. The items included a calculator, a book, a gold chain, some dollar bills, a car, some scissors, a comb, a toothbrush and three sweet sticky rice rolled into balls.

In the first round, Colin chose a toothbrush immediately. We wondered if that meant he would either become a dentist or end up having really nice teeth in the future. His father mentioned that Colin recently enjoyed brushing his teeth. The first thing Colin actually did once he grab onto the toothbrush was immediately brush his own teeth. After taking the toothbrush away and rearranging the items on the tray, we wanted to see his second option. To our surprise, he chose a comb.

By instinct, like the toothbrush, he started combing his hair and smiling at everyone while doing so. Some of the guests began jokingly worrying about his choices of possibly becoming a hair stylist. We took the comb away again and gave him third try. This time he picked up the dollar bills. His mother mentioned that he never have seen or touched a dollar bill before. His grandfather, who was trying to tell him to pick the dollar bill before, was thrilled. From the three grabs, we generally predicted that Colin will be a dentist who has a side job of styling hair but will overall be quite wealthy. We did a few more rounds just for fun. Each time, he kept picking the toothbrush.

Since Colin really liked seeing farm animals and watching children music videos with farm animals, the theme of the party was a barn. Pictures of Colin were hung around the area and decorations like a makeshift barn and cow skin print tablecloth were used. Colin dressed up in overalls outfit and a cake was specially made to resemble a cute little farm.

After Colin had a brief nap and the decorations were complete, the reception began. Both his parents' family and friends were invited. Food ranged from Vietnamese spring rolls to pigs in a blanket to fried shrimp balls. Desserts consisted of mixed nuts, candy and macarons. Guests talked to one another as if it was any other party and often complimented the work put into the party. Some of the guests who weren't as familiar with Thôi Nôi were mostly curious and entertained by what was going on. Colin was carried around to "greet guests" as his parents thanked them for coming over. He seemed slightly overwhelmed by the attention he was suddenly receiving, especially from people he was not too familiar with. The only stranger who he seemed to be okay with was another baby girl that was a few months younger than him.

Gifts consisted of baby clothes, diapers, blankets, gift cards, money and toys. Often in Vietnamese culture, giving money as a gift is an acceptable gesture for any formal event. My other cousins had fun time ripping the gift packages apart for Colin. After everyone had a bite to eat, it was time to cut the cake.

The party ended with the cake being cut. Guests left the party after having so much fun. Colin quickly fell asleep afterwards and managed to sleep through us cleaning the party up. Although it was only his first birthday, I couldn't help but think about how much Colin has grown up. Time really does go by fast.

Regardless of whether he does become a dentist or chooses a different career path, I hope he lives a long and happy life.

Kassie Hsu
Baylor University
2009
Panda Whale
Here are 100 things I'd rather to than study. I know the semester just started, but
Featured