How Lemonade Presents A New Feminism 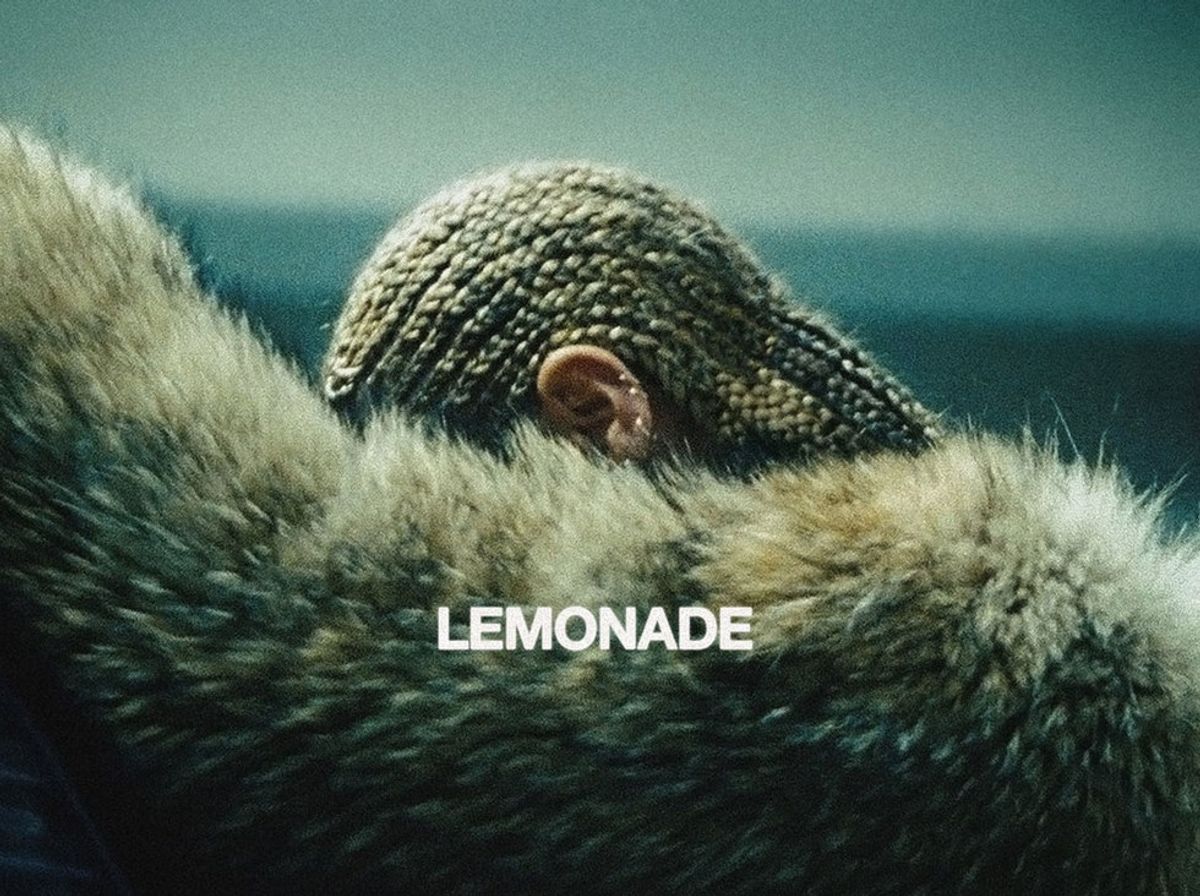 From the get-go, it is clear that Beyonce is not messing around in her visual album/cultural event that is "Lemonade." With visually stunning video and poetry that reminds me just enough of those self-indulgent poets that hawk their craft through artsy Instagram posts and by tweeting pictures of fragments of poetry that mourn what the mysterious “he” did to break your heart, "Lemonade" immediately sets out to address the “he.” Unlike the unnamed villains of those Insta/Twitter poets, the entire world knows exactly which “he” Beyonce is talking about.

To a feminist, Beyonce’s public outing of her philandering husband could be seen as the final hurdle Beyonce jumps on her way to becoming a full-fledged living legend and cultural icon. For the first half of Lemonade, Beyonce rails against her husband, singing that she “smells his secret” and more poignantly stating "Who the f*ck do you think I is? / You ain't married to no average bitch boy,” balancing quite well the beautiful sadness of being played by a player and the full-on rage that a played woman also experiences. Beyonce is showing her strength as a woman by showing her vulnerability, by playing both the helpless heartbroken and the empowered heartbroken. Her multifaceted heartbreak demonstrates not just the range of feelings that any woman feels about a betrayal, but also refuses to box Queen Bee into feeling how women are “supposed” to feel after getting their heart broken.

The second half of Lemonade presents a more complicated question concerning feminism, but at the same time really isn’t complicated at all. Feminism isn’t about all women living independently from men or all women conforming to the same societal expectation of what women should and shouldn’t do. Feminism is about finally giving women the ability and the right to make their own choices, to feel their own feelings, to take control of their lives and to, if they so choose, forgive their cheating husbands while still maintaining their own dignity and self-worth. Beyonce’s decision to forgive her husband is her choice, and it's her brazen display of her choice that would probably get the most hate from fans and critics.

"Lemonade" immediately strikes out as a refined take on music, love, and feminism. Maybe it doesn’t represent all women, maybe Beyonce’s path towards forgiveness isn’t the path you or I would take. But that’s another thing- "Lemonade" and the story it tells doesn’t have to apply to every woman. In fact, the more society begins to accept varied and diverse stories about women and their struggles in the world, the more society will start seeing women as more than bitches or virgins or mothers. They’ll start seeing women as complicated and individual people.
Report this Content
This article has not been reviewed by Odyssey HQ and solely reflects the ideas and opinions of the creator.