Why Beyoncé Needs To Make A Country Album

Why Beyoncé Needs To Make A Country Album 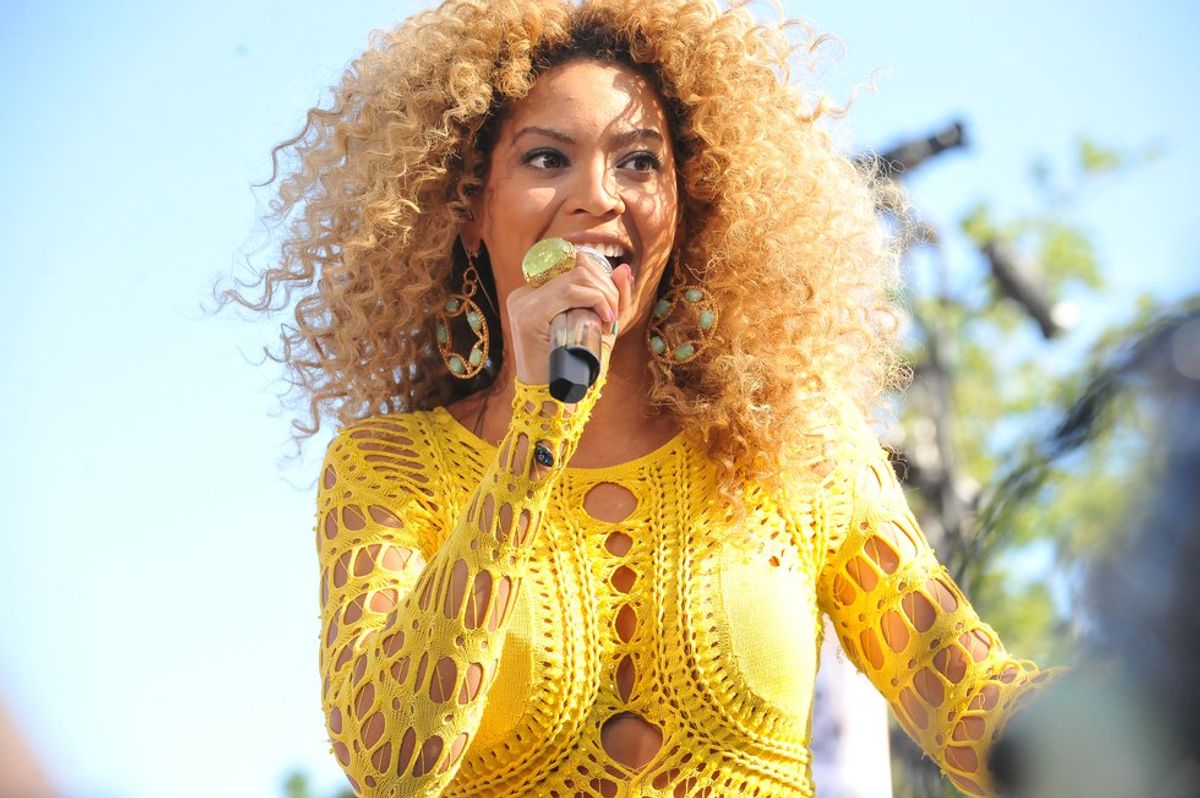 Call me basic, but I love Beyoncé’s "Lemonade" album. It’s exceptionally well done, including a range of intense emotions from pure outrage to reminiscent grieving of the relationship as a whole. It explores redemption, forgiveness and what it means to be human. Although today, I’ll be focusing on the track that I doubt I’ll get tired of anytime soon.

A fair warning to some of you: I adore country music. I’ve loved it since I was a kid and will continue to love it, which inspired this article. One of my favorite tracks from the "Lemonade" is “Daddy Lessons.” A surprising addition from the R&B and pop singer, she daringly crosses genres and absolutely conquers it. The point? Beyoncé finally embraced her Texas childhood with amazing results.

Slowly humming at the beginning is the sound of clapping and chatter followed by a saxophone solo. Imagine a song reminiscent of New Orleans that has gone country, if you will. It only makes sense that New Orleans and jazzy elements would be added to a country and bluegrass combo, and what’s farther south than Louisiana?

The lyrics are very familiar to the country genre with nostalgic mentions of classic vinyls, riding around on motorcycles, Second Amendment rights (particularly in the lines where the father tells the singer to shoot “when trouble comes to town / and men like [the father] come around”), and being a “tough girl” for the sake of your family. Also familiar to the genre is the mention of the father “[swearing] on the Bible,” a staple of southern morality. On the song’s portion of the visual companion album, Beyoncé can be seen riding a horse and donning a dress that reminds me of a southern belle-esque outfit. She’s seen in an archway with a man strumming an instrument with a cowboy hat. She successfully conveys the folk vibe with an ease that would make other artists jealous.

“Daddy Lessons” quickly links to the theme of the album with the lines, “My daddy warned me about men like you / He said ‘Baby girl, he’s playin’ you,’” referring to the alleged infidelity the album was inspired by and possibly Beyoncé’s father’s own cheating scandal a few years back. If I haven’t emphasized it enough, not only does the song fit in the album, but adds the influence of childhood memory and warnings long forgotten.

So how likely is it that Beyoncé could in fact, flawlessly cross-over into the country, folk and bluegrass genres for one album? Many artists have easily transitioned into different genres. Taylor Swift — whether you agree with how good or bad her new music is — has had significant success in switching genres from her early days of country admiring Tim McGraw to releasing top hits on the pop charts. Darius Rucker has had great reception after his transition from his rock days in Hootie and the Blowfish to strumming and singing about Raleigh, NC. After sampling and devouring “Daddy Lessons,” I’m confident in Beyoncé’s ability to make a bold transition— just briefly, of course — to country.

So Beyoncé, if you have time between your sold-out Formation World Tour, I’d like you to consider making a full-length country album. It’ll be worth the wait.