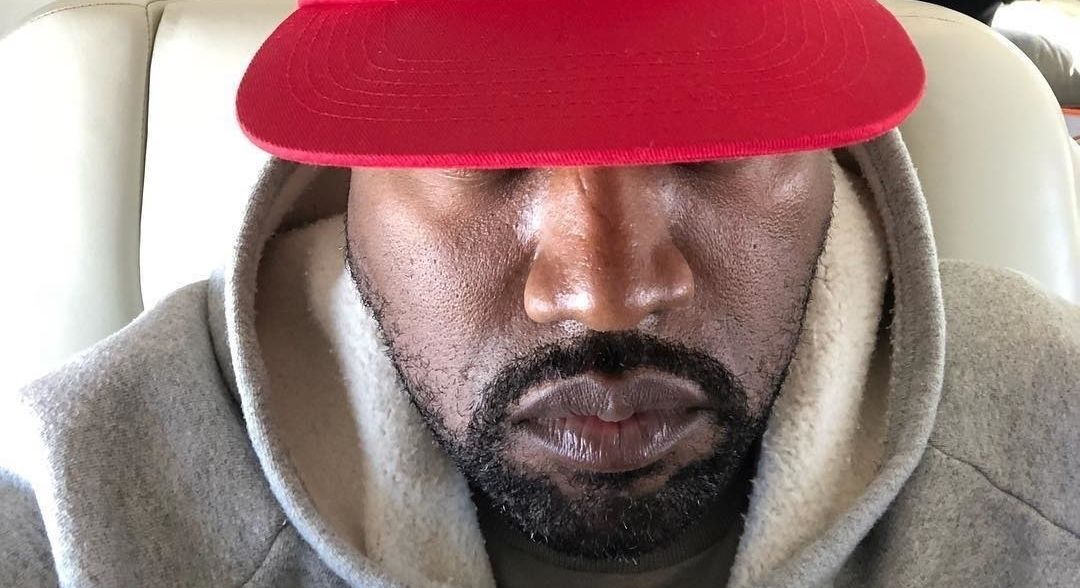 Kanye West is the ten-thousandth celebrity to express his political views. Each of these celebrities has found themselves on a spectrum of effectiveness that covers everything from Jenny McCarthy to Colin Kaepernick. Celebrities grow in importance as our lives get easier and we spend more time on Twitter. Celebrity activism is becoming impossible to ignore whether or not you think you're too smart to take medical advice from Jenny McCarthy.[1] But, most of these people are doing incredible work for their communities. Don't tell an athlete building a school in his hometown to "shut up and dribble." The point is, for every Bono and Colin Kaepernick we get a Mel Gibson and maybe half of Roseanne. Celebrity wisdom is a grab-bag of racial/homophobic slurs and inspiration. Nobody should be more familiar with this than Kanye West. Kanye was an eleventh-hour replacement for Ariana Grande as the musical guest on this season's premiere of Saturday Night Live. Lorne Michaels must have figured that twenty minutes on Jimmy Kimmel Live without a problem was a good sign. Nope!

No one should be surprised about this! Anyone who has followed Kanye's career knows that this is standard procedure. Long before "#MAGA" he was demanding an apology from Barack Obama, who correctly described him as a "jack-ass" after the "I'm a let you finish" debacle. And long before that, he delivered the most iconic sign-off of his career as an emcee, "George Bush doesn't care about black people."

How can we maintain our consistency when evaluating the political agenda of a man who seems to have no regard for the logic of his personal ideology? Am I supposed to feel bad now when somebody plays "Gold Digger?" Our only obligation is to honor the valuable and condone the reprehensible.

Kanye West rants can be graded on a three-part metric: coherence, validity, and setting.

Coherence is the average viewer's ability to understand what the hell Kanye is talking about.

Validity is the amount of truth in Kanye's intended statement.

Setting is the appropriateness of the time and place of Kanye's rant.

"EVERYBODY IN HIP-HOP DISCRIMINATES AGAINST GAY PEOPLE."

The hip-hop community has a problematic history with homophobia. Has there been a lot of progress? Yes. Is it still a problem? Definitely. In 2005, hip-hop was a bling-show thoroughly dominated by homophobic and misogynistic tones. The music of Mr. West's early career subverted these themes. Kanye was a sensitive guy with a strong connection to his family and roots. He rapped about Jesus. He rapped about his mother. He sampled gospel classics. But he was also a contributor to these issues. His interview with Sway Calloway is the most lucid we've ever seen Kanye. He earns a 10/10 for his coherence. Everything he says is perfectly right. He's also honest about the way that his views have evolved from a starting point he isn't proud of, another 10/10 for his validity. In a time where MTV was already irrelevant, West directed his words to fellow musicians: "I want to just come on TV and tell my rappers, stop it." A 9/10 in setting gives this candid interview an untouchable total score of 29/30. Remember this one when it gets ugly.

Simply an incredible piece of Americana is what we have here, folks. Other than raising millions of dollars for people in desperate need, this is the best thing that can happen during a disaster relief telethon. Kanye leaves Mike Myers in the dust, "I hate the way they portray us in the media. If you see a black family, it says they're looting. You see a white family, it says they're looking for food." This is during the aftermath of Hurricane Katrina, in 2006. George Bush faced enormous criticism for his administration's efficiency in administering aide to the victims.

Kanye earns an easy 10/10 in setting. The telethon was generally apolitical, until Kanye went off-script. Most of his rant is a vaguely comprehensible string of semi-related points with some gems like, "Now I'm calling my business manager to see what's the biggest amount I can give." We're going to grade his coherence relative to his usual ability to articulate, which is terrible. He earns an 8.5/10 because of the elegance of his final statement: "George Bush doesn't care about black people." Mike Myers has no clue how to follow that up so the producer cuts to Chris Tucker in the break room. It's amazing he recovered at all, honestly.

What's hard to judge is the validity of West's rant. He's right about a lot of things. The media's portrayal of the survivors intentionally framed black families as looters to dramatize stories that didn't need to look more tragic than they already were. Bush's failures in responding to Katrina look bad considering his administration's decisiveness in protecting American oil interests in the Middle East. But does any of that mean George Bush doesn't care about black people? Kanye loses two and a half validity points for flaws in his conclusion giving him a total score of 26/30 for this stunt.

​"RACISM IS A DATED CONCEPT."

"It's like a bouncing ball in a room with two cats. The ball has no purpose, other than it bounces. That's racism. It's not an actual thing that even means anything." The context of his 2015 interview with Clique TV doesn't help. You can tell that Kanye is trying to make an intelligent point about how social discourse is a mental construct that we can change together at no material cost. He believes that social conflict in our time is derived from classism instead of racism. Maybe I'm being generous. If you're surprised that the man who said "George Bush doesn't care about black people" on primetime television is now publicly supporting Donald Trump on the same network and telling TMZ that "slavery is a choice," look no further. 17/30.

Kanye isn't the first rapper to appropriate the Confederate flag. Ludacris, Lil Jon, and André 3000 all did it first.[2] The rebel flag was all over his merchandise for the Yeezus Tour. Reappropriating oppressive symbols is a key component of subversive art. Kanye knows this! Here's what he said about the merchandising: "Subversive art is absolutely necessary to challenging preconceived notions and ideas. Subversive art is why black rappers saying "nigga" will never mean the same thing as a white person saying it. The context doesn't just matter—it's the entire point."

The problem is no one has time to explain this to everyone who asks about their $80 concert t-shirt. The Confederate flag design is a hard deal-breaker when I'm spending that much money on anything. 15.5/30.

Lost in the presidential tumult is that Taylor Swift introduced Kanye as "her friend" and this was only three years ago. It would be hard not to notice, actually, because he waits almost three full minutes after receiving his award to actually start his speech. He talks about being booed by 60,000 people at a baseball game and has no regrets about his roller coaster of popularity and infamy. He stops multiple time to fruitlessly collect his thoughts. Most of his speech is about how confused he is by award shows: "I didn't know how to say the right thing. I sat at the Grammy's and saw Justin Timberlake and Cee Lo lose. I saw that man in tears, bro. And I was like, 'he deserve to win album of the year!' How could you explain that?"

Where could this be going? At one point an enthusiastic guest shouts, "Kanye for president!"

He doesn't seem to have noticed until the speech's conclusion.

"As you probably could have guessed by this moment, I have decided in 2020 to run for president."

It starts bad and gets worse. At first, he's defending his recent support of Donald Trump. He tells Harvey, "It was really just my subconscious." It seems like his most important reason is that it feels good to do something that everyone tells you not to do. The Kanye West that once tactfully approached issues of homophobia and misogyny in his community is gone.

"When you hear about slavery for 400 years, that sound like a choice."

The way he awkwardly expects a laugh of agreement after saying this is painful.

TMZ is a good place to ask tough questions. It's a news institution primarily dedicated to following celebrities around in public and asking them embarrassing question. Maybe it's a necessary evil. They basically ask Kanye how someone who, like it or not, represents the black community could publicly support Donald Trump without addressing the issue of the president's race politics. We still don't know the answer, but every time someone asks it ruins everything just a little bit more. He gets minimum score for coherence and validity.

[2] Ludacris, who is awesome, proceeded to throw the Confederate flag-themed outfit on the ground and stomp all over it during his re-imagining of the Ray Charles song, "Georgia."