Best Ways To Get Over The Election
Odyssey
CurrentlySwoonLifestyleHealth & WellnessStudent LifeContent InspirationEntertainmentPolitics and ActivismSportsAdulting
About usAdvertiseTermsPrivacyDMCAContact us
® 2023 ODYSSEY
Welcome back
Sign in to comment to your favorite stories, participate in your community and interact with your friends
or
LOG IN WITH FACEBOOK
No account? Create one
Start writing a post
Politics and Activism

Best Ways To Get Over The Election

The election is over, but people won't let it go. 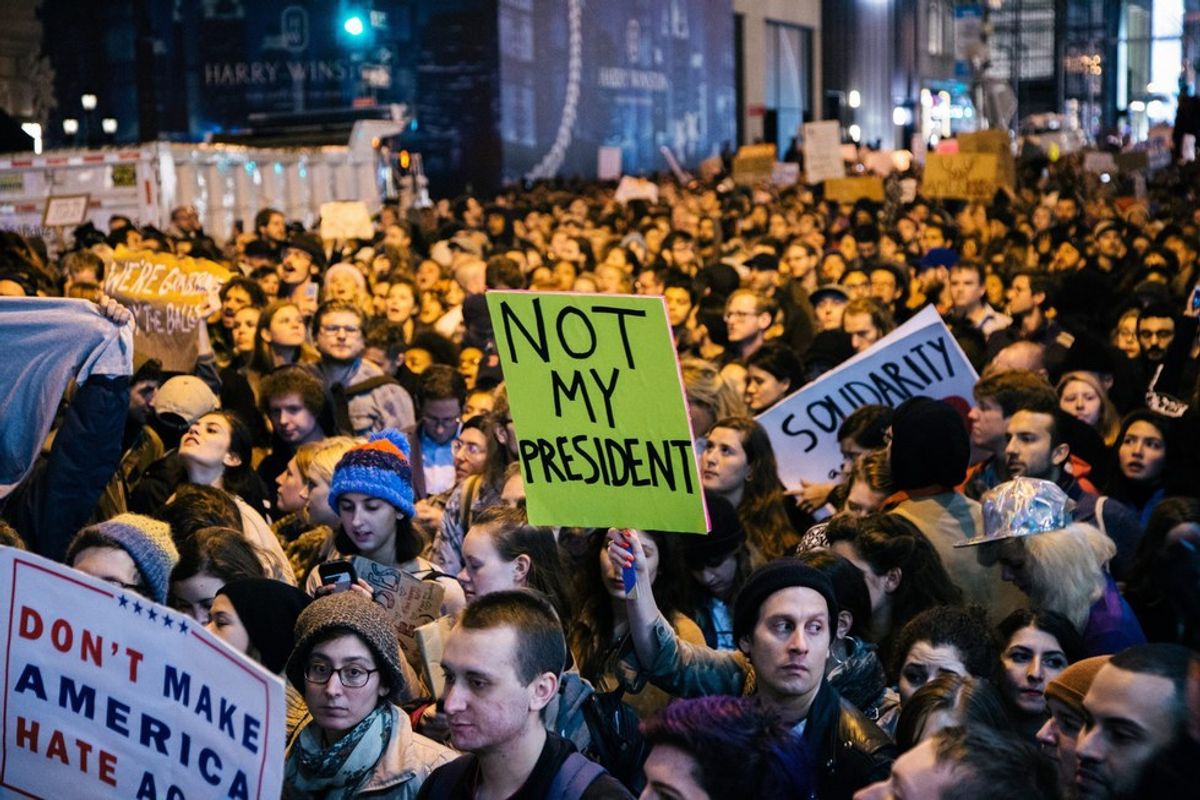 The election is over. You have to accept it, right? If you're having a hard time, here are some ways for you to move on and learn to accept that Donald Trump is not everyone's president.

This is a sure-fire way to move on. The election isn't going to affect you. Everything is find. Plus, no one will threaten to hang and/or deport you.

2. Be straight and cis-gendered.

This is great because you can express love for your partner freely and go into a bathroom without fear!

If you don't like being sexually assaulted, be a male! It's the best.

Don't like having the fear of being choked by your hijab? Convert to Christianity!

5. Have a full-time job that pays a living wage (which is easier if you are one or all the above).

If you don't have a full-time job, that's okay. All you need is parents that can pay for everything!

6.Tell people they are being over dramatic.

Honestly though, get over it already.

7. Re-tweet all of Donald Trump’s tweets about how unfair the protests are.

8. Pretend you weren’t pissed that Obama was elected in 2008.

This didn't even happen.

9. Tell people that he is everyone’s president.

This is extra effective if you tell them to "get the hell out" if they disagree with you.

10. Go write “Make America White Again” on anything and everything you can.

11. Yell slurs at any person that does not look like you.

So, if there is someone that is black, female, Muslim, Latinx, or any other minority, feel free to unleash all of your hatred on them.

12. Have a token minority friend.

Look at my black friend over there.

All politicians threaten to deport or assault people, obviously.

So remember, there is nothing you can do to change the outcome of the election so GET OVER IT!

Or don't, because it's terrifying.