9 On-Screen Couples That Made You Swoon
Odyssey

9 On-Screen Couples That Made You Swoon

These couples are from '90s shows with some exceptions. 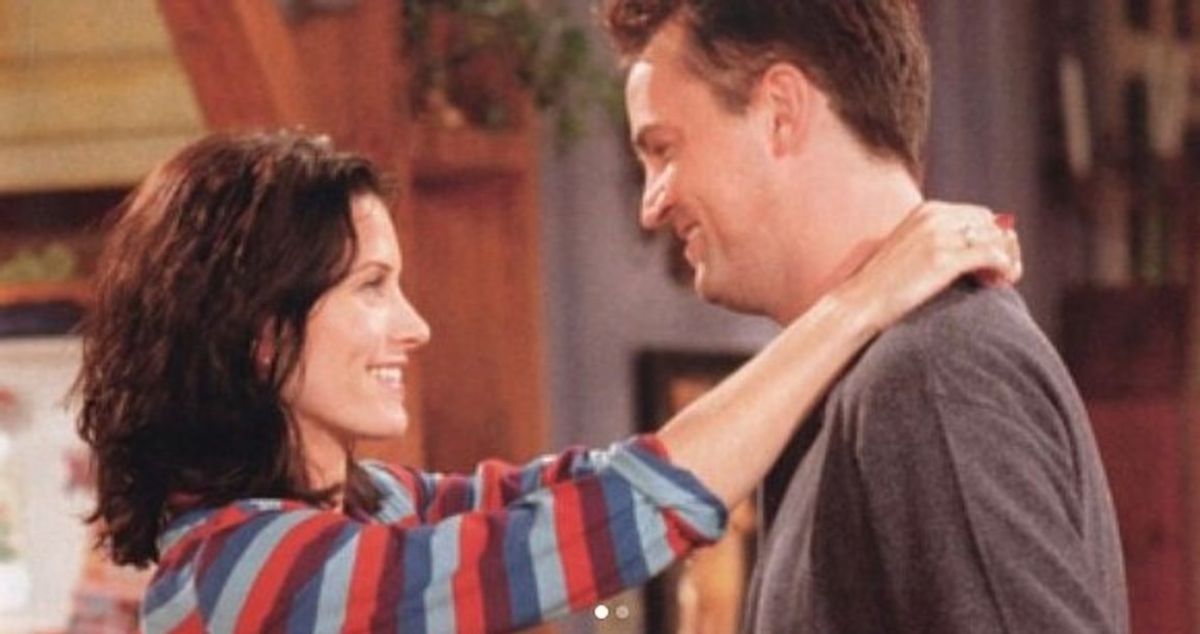 If I am being completely honest, I have been binge watching so many TV shows and watching Youtube videos of my favorite on-screen couples. So I had to write a compilation of my favorite TV couples ever. So I am not really into "Game of Thrones" or "The Walking Dead" (don't judge me), so most of these couples are from '90s shows with some exceptions.

1. Hermione and Ron from "Harry Potter"

Even though JK Rowling says she made a mistake with this couple pairing, I don't care. I love the chemistry and how Ron and Hermione's relationship has changed over the years. If they ever break up, I don't know what I would do with myself.

2. Joey and Pacey from "Dawson’s Creek"

After watching the entire series over the past semester (rather than studying), I have come to the conclusion that Joey and Pacey should be together rather than Joey and Dawson. It gave me a sense that you are not always destined to be with your first love.

3. Sally and Harry from "When Harry Met Sally"

I had to. This is such a classic couple. And I LOVED the monologue at the end of the movie. It's just genius.

4. Rachel and Ross from "Friends"

They were always the turbulent couple and they definitely had their ups and downs. They are so cute and I can't get over them. I literally watched all 10 seasons to see if they would end up together.

5. Monica and Chandler from "Friends"

I had to say they are definitely very different than Ross and Rachel. They went from the normal progression of friends, then boyfriend/girlfriend, then married. They provided a sense of stability that Ross and Rachel didn't. And I just love them together.

6. Buffy and Angel from "Buffy the Vampire Slayer"

You gotta love a forbidden love. Their relationship was so deep and realistically wouldn't work. But they loved and cared about each other which is why I love this pairing.

7. Cam and Mitchell from "Modern Family"

So even though this is a recent show, I had to include it. Cam and Mitchell are such an amazing couple and they complement each other perfectly. I love the show and their relationship.

I wish Eric didn't leave in the last season, but I am so curious to see if they made it as a couple. They were the bedrock of the show and I don't know how you can't fall in love with them.

This kiss scene was epic. I had to include this couple for this one reason.

Glorie Martinez
720
Why I Write On Odyssey