"Please don’t ever become a stranger whose laugh I could recognize anywhere." 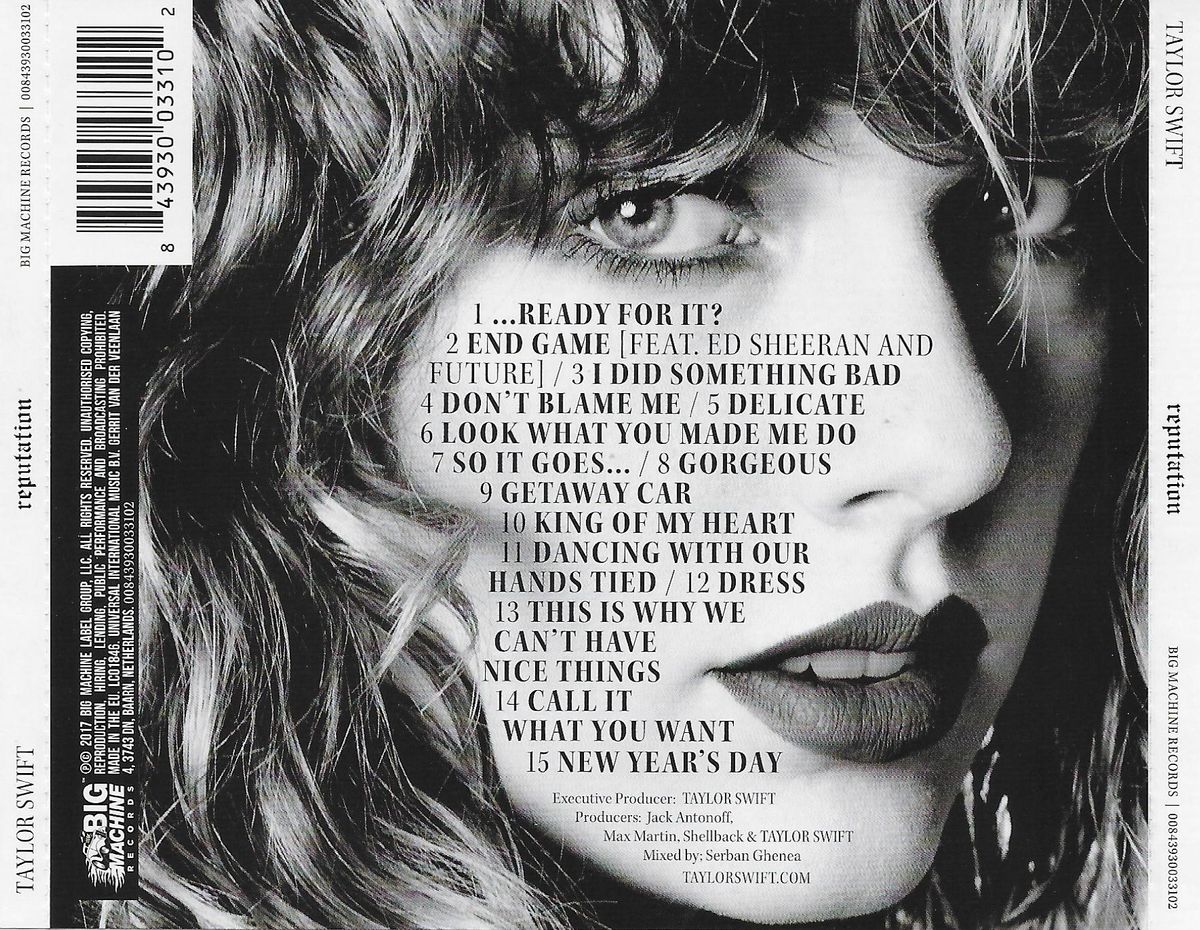 In the middle of the nights, in my dreams

You should see the things we do, baby

It is so easy to sing along to the lyrics of the first track of the album and not realize the words you are saying. But in this premiere track, T. Swift is letting you know that she has indeed grown up in these teasing lyrics.

Ooh, you and me would be a big conversation

In my opinion, the post-chorus is the most catchy part of this single. She confidently chants about her past and implies she knows a relationship among the subject of the song and herself would cause a lot of talk. What’s new with her reputation though, right?

They got their pitchforks and proof, their receipts and reasons

This verse is just incredible because she @’s Kanye West & Kim Kardashian West. The passive aggressive lyrics of this song are a reaction to the drama that occurred when Kim leaked her recording of Kanye and T. Swift’s convo about her named being featured in his song. Fuel to the fire.

My name is whatever you decide

And I'm just gonna call you mine

In this tune, Taylor Swift openly admits her love with this boy whose love she compares to a drug. That’s why in the above lyrics she is OK with whatever he decides as long as she can call him hers. That’s either love, or a creepy obsession.

Sometimes I wonder when you sleep

Are you ever dreaming of me?

The bridge of this song is a question that seems like a thought spoken aloud. This song sounds a bit more like the music on her past album, 1989. She again references her Reputation, the overlying theme and title of the album in this sweet melody.

The world moves on, another day, another drama, drama

Well, if she is anything, she is honest. She very evidently does think often about karma if you can not tell in the debut single of this album. I would think that this song was once again directed at Kanye West, but I think the music behind the lyrics was to give fans a sneak peak of her new music style, even if it alarmed some of us a bit.

I'm yours to keep

And I'm yours to lose

You know I'm not a bad girl, but I

Do bad things with you

This simple verse poses a challenge to her pursuers. Whether you put in the effort or not evidently determines if you get her or not, and that’s just how it goes… She also adds a bit of a tease in the sense that she admits she is willing to change for this person depending on their decision.

There's nothing I hate more than what I can't have

And you are so gorgeous it makes me so mad

I find it hard to believe that there is much in this world Taylor Swift can’t obtain, including any gorgeous boy she wants. *Ahem, Harry Styles.* So, it is easy to believe that she would hate the few things she can’t have. We all react the same way, even though our lists of unattainable things are much longer than hers.

I wanted to leave him

I needed a reason

No, nothing good starts in a getaway car

This song is so symbolic, but as soon as you figure it out, the lyrics take on a whole new meaning. The getaway car she is referencing is the boy she leaves another boy for, which she later openly admits that nothing good comes from a start like that. It gave her the out she wanted though, and sometimes you just have to take it.

Your love is a secret I'm hoping, dreaming, dying to keep

She talks about boys with Range Rovers and Jaguars in this song, and how her fascination with those things is behind her. She changes her priorities and her only hope has become this love that she did not even know she was waiting for.

I, I loved you in spite of

Deep fears that the world would divide us

I don’t know what kind of obstacles the relationship in this song faced, but it sounds like she wishes it would’ve made it through them anyways. This verse stands out among the catchy lyrics of this song for it’s vulnerability.

Only bought this dress so you could take it off

The first time I heard this song, I think my mouth fell open when I listened to the chorus. Taylor Swift is not a teenager anymore, but I think this is by far her most risqué song to date. It is a song, though, that her fans would enjoy as well considering they have grown up also.

There I was, giving you a second chance

But then you stabbed in the back while shaking my hand

This song reminds of the song “Better than Revenge” on the album Speak Now. She is very forthright with her side of the story on so much drama in her life through the lyrics of her music. This is just another song about her lack of trust in people, I’m presuming.

And I know I make the same mistakes every time

At least I did one thing right

I did one thing right

OK she is not the only one who makes the same mistakes over and over again, which is why this song is so relatable. We all try to move forward and make new mistakes, but old habits die hard.

Please don’t ever become a stranger

Whose laugh I could recognize anywhere

This is debatably my favorite song on the album because it feels the most in touch with the Old Taylor. This sweet verse to wrap up this song sounds much like the classic heartbreaking words in “All Too Well” or “Back to December.” The Old Taylor might be dead, but this song makes me think she is still somewhere in there.