Cleveland beers are on the rise. 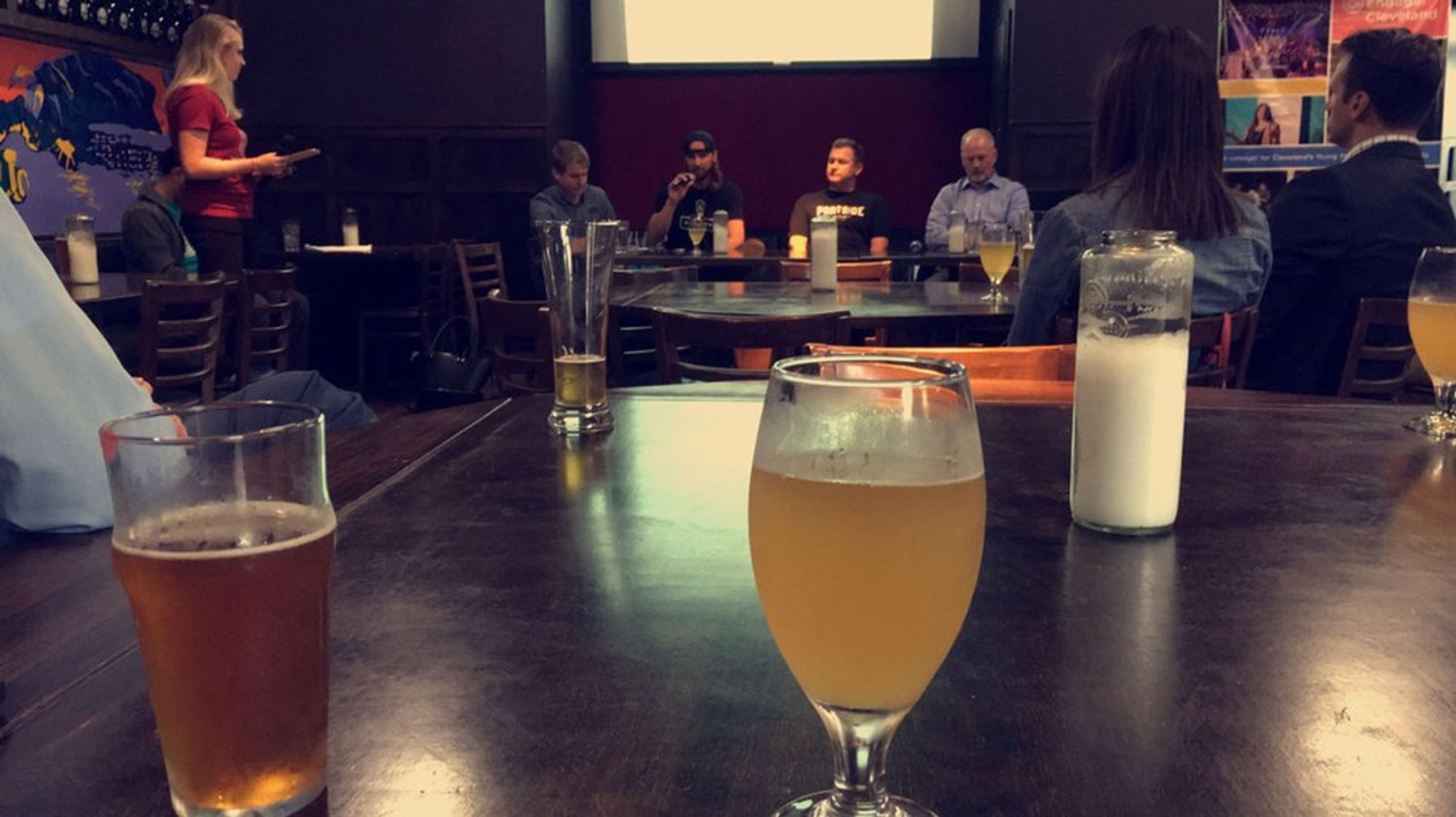 Beer, rum, whiskey, you name it.

A few weeks ago, my coworker and I attended an Engage! Cleveland event at Market Garden Brewery in Ohio City during their Young Professionals Week. We enjoyed taste testing Cleveland's favorite drinks, including various beers, rum and whiskey choices, made right here in our city! Some of the speakers started brewing their beers as a hobby and now have labeled bottles or cans being distributed throughout the country. To me, it’s fascinating to see where well-known products start, because at one point or another, they didn’t even exist yet!

The panel of speakers discussed their companies by telling their entrepreneurial success stories. The night began with a lot of learning and ended with some networking, followed by tasting these crafted beverages.

Paul Benner, Platform Beer Co. Founder, started homebrewing as a hobby in 2011. Later, he saw an opportunity in the Cleveland market and opened The Cleveland Brew Shop, which later turned into Platform.

When you hear of Great Lakes Brewery, your mind automatically thinks of the famous cinnamon flavored, deliciously tasting Christmas Ale, but during this event the CEO of Great Lakes Brewing Company, Bill Boor, spoke about his journey throughout his business career and we tasted their Steady Rollin’® Session IPA!

Market Garden Brewery is one of my favorite spots in Ohio City. It’s a go-to place for my friends and I because you can grab a Prosperity Wheat at the bar or grab a table and snack on appetizers while catching up with friends. Michael Foran is the Cofounder and Operational Partner at Market Garden and he had a lot of inspirational information to say. Check out one of the attendees tweets below:

Matt Zappernick, the panelist for Portside Distillery and Brewery, talked alongside with the other speakers about what it takes to brew beer in Cleveland. Did you know that Portside has been named Cleveland’s first distillery since the Prohibition?

Andrea Mueller, Hofbräuhaus Cleveland Marketing and Sales Manager, discussed her role with the different aspects of the business. Because of Cleveland’s dense German population, our city is a perfect location for this restaurant and brewery. Hofbräuhaus is another one of my favorite hotspots in Cleveland. You can always find groups of friends and family standing on the chairs, clapping to German folk music, and clinking their glasses together in the air.

Caitlyn Morral
St Bonaventure University
2040
Wordpress
Odyssey recognizes that mental well-being is a huge component of physical wellness. Our mission this month is to bring about awareness & normality to conversations around mental health from our community. Let's recognize the common symptoms and encourage the help needed without judgement or prejudice. Life's a tough journey, we are here for you and want to hear from you.