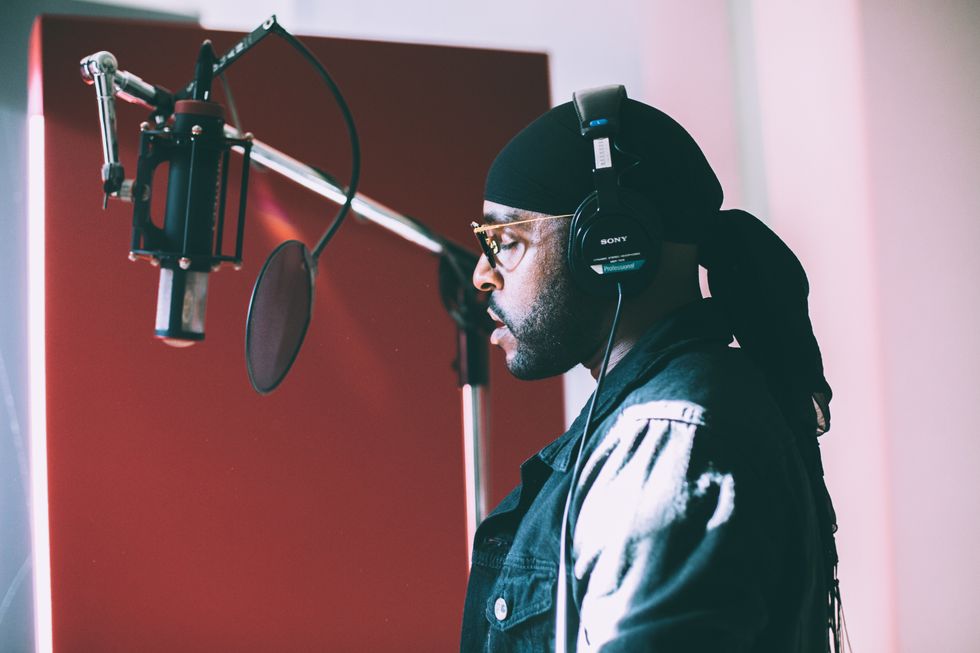 It's the beginning of the year and we know what that means. February, the month of love and the beginning of spring and summer which kick of wedding season. There's no better genre than R&B - the No. 1 genre of love - to set the mood.

Rhythm & Blues (abbreviated R&B) is a term typically used to described the blue influenced form of music mostly performed by African Americans since the end of the 1930s.

The term "Rhythm & Blues" was created by Jerry Wexler of Billboard Magazine to replace the term "race music," after it was finally deemed offensive. It also subcategorized this music encompassing jazz, gospel and blues influences as "race music," was used to describe all music performed by African Americans.

Classic R&B uses themes of the African American experience --- pain, the quest for freedom, and triumphs and failures in aspirations, economics, and LOVE. All of this is wrapped up into sweet vocal harmonies, runs, and rhythm.

1. "Lets Get Married" by Jagged Edge.

"Let's Get Married" was a single released by contemporary R&B group Jagged Edge, from their album "J.E Heartbreak". A love ballad about a man's desire to marry his love, the song spent weeks at the top of the US R&B chart in 2000.

"All My Life" is performed by American R&B duo K-Ci & JoJo. It was the 3rd single released from their 1997 debut album, Love Always.

Arguably the most successful song of their career, it topped the UB Billboard Hot 100 for three consecutive weeks and was certified platinum. It also performed well internationally, charting top 10 lists in the UK, Australia and Sweden, to name a few.

"Where I Wanna Be" is a song by American R&B singer Donell Jones. It was written and produced by Jones and Kyle West for his 1999 same-titled second album.

"If I Ain't Got You" is a single from Alicia Keys' "The Diary of Alicia Keys." According to Keys, the song was inspired by the death of her friend, fellow R&B congress, Aaliyah, as well as the attacks on 9/11.

The song is a reflection on the realization that material things don't feed the soul.

It peaked at #4 on the US Billboard Hot 100 and remained charted for six weeks. It later won the 2005 grammy for Best Female R&B Vocal Performance.

"So Into You" is performed by Canadian singer Tamia. The mid-tempo song was recorded for her self-titled 1998 debut album, "Tamia." mid-tempo R&B song with lyrics

"So Into You" peaked at number seven on the US Billboard Hot R&B/Hip-Hop Songs chart.

The song reached number one on the Hot 100 Airplay and number two on the Hot Singles Sales "On Bended Knee" stayed at number one for a total of six weeks.

"Back At One" is a single by Brian McKnight from his self-entitled 5th studio album.

"Twisted" by Keith Sweat was released in 1996. It was the first song off his self-titled third album, Keith Sweat, and featured R&B group Kut Klose and remix rapper Pretty Russ.

"(At Your Best) You Are Love" was originally recorded by The Isley Brothers in 1976. The hit was dedicated to their mother.

Eighteen years later, the song was covered by American singer Aaliyah for her debut studio album, "Age Aint Nothing But A Number." Released as the album's second single.

"Cupid" is a single released from 112's debut album of the same name.

"Spend My Life With You" is a Grammy-nominated song by R&B singer Eric Benét, featuring singer Tamia. It was released as the second single from Benét's second studio album "A Day In My Life."

The song spent three weeks at number one on the U.S. Billboard Hot R&B/Hip-Hop Songs chart.

"Every Time I Close My Eyes," was written, produced and performed by American musician Babyface.

It was released as the second single from his album "The Day." Mariah Carey serves as a backing vocalist and Kenny G performs a sax solo on the recording.

At the 40th Grammy Awards the song received a nomination for Best Male Pop Vocal Performance.

"Pretty Wings" is a song by American singer-songwriter Maxwell, taken from his fourth studio album, "BLACKsummersnight."

The song won the Grammy Award for Best Male R&B Vocal Performance and was nominated at the 52nd Grammy Awards for Song of the Year and Best R&B Song.

"The Point Of It All" is a 2008 single from Anthony Hamilton's fourth studio album of the same name.

"I Wanna Know" was included in Joe's third studio album, "My name is Joe."

The song appeared on the soundtrack to the film, The Wood, charted #4 on the Billboard Hot 100 and #2 on the Hot R&B/Hip-Hop Songs chart.

"Weak" is a song by American R&B vocal trio SWV. It was recorded for their debut studio album, "It's About Time."

The song was written and produced by Brian Alexander Morgan, who composed the lyrics based upon his feelings towards singer Chanté Moore

"Why I Love You So Much" is a song by American R&B singer Monica, composed by Daryl Simmons for Monica's 1995 debut studio album, "Miss Thang."

"You Mean the World to Me" is the fourth single from Toni Braxton's 1993 self-titled debut album, "Toni Braxton". Written by Babyface, L.A. Reid, and Daryl Simmons, it was a radio hit and peaked at #3 on both the US Billboard Hot 100 Airplay and Hot R&B/Hip-Hop Songs charts, and at #7 on the U.S. Billboard Hot 100 chart.

"Never" is a single by Jaheim from his fourth studio album, "The Making of A Man."

It peaked at #12 on The Billboard Hot R&B/Hip Hop Songs chart.

Whether you need a nostalgic wedding playlist, or just need mood music for Black History Month, these are the tunes for you!