Millennials Are A Generation Of All Talk And No Action
Odyssey

Millennials Are A Generation Of All Talk And No Action

Why the youth of society need to get off the computer and get out into the world. 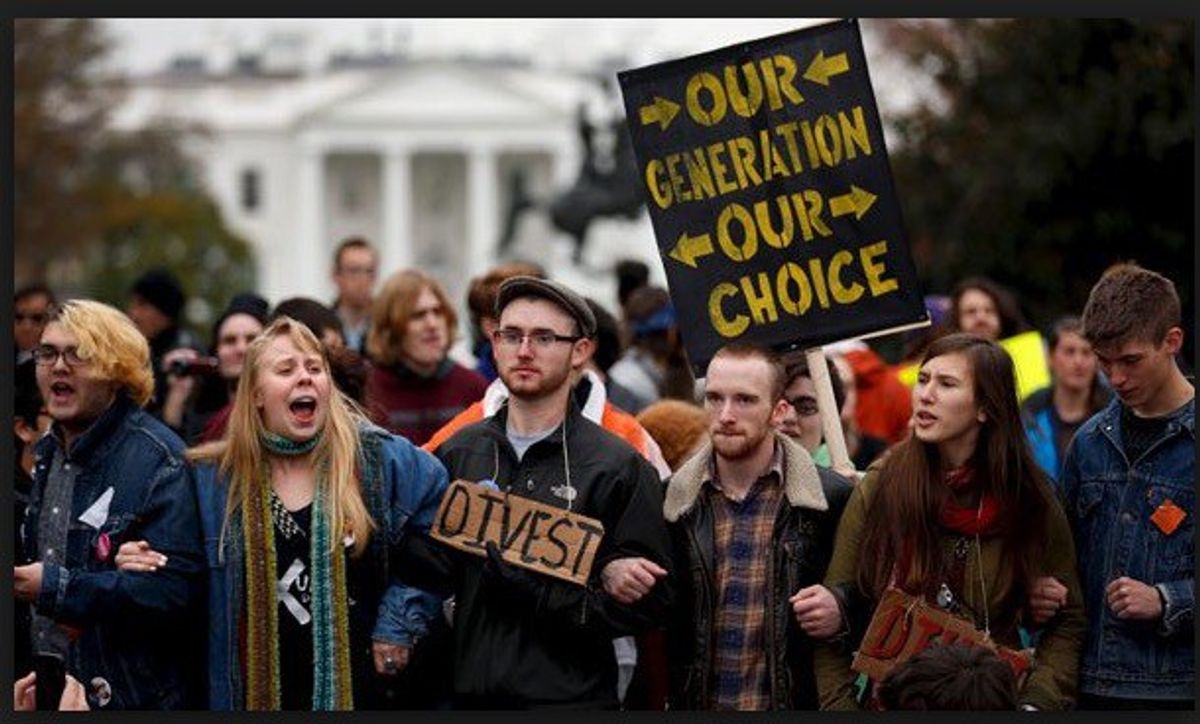 This Tuesday, I had the amazing opportunity to canvass for the Bernie Sanders campaign. It was my first time canvassing, and I went in very excited to be working with all the many other Bernie supporters on the Brandeis campus. The reality was that only about seven people came out all day, even out of a campus of over 3,600 that is stuffed full of Bernie supporters.

I hate to join the chorus of nostalgic people of the older generation who declare that this generation is full of social justice warriors behind a computer screen who can never actually get anything done in the real world, but it is hard to not see their perspective when only about .2% of the campus came out to help volunteer for Bernie and Bernie failed to win a state absolutely dominated by young people.

What was perhaps even more disappointing was how the small group of people who came out seemed to confirm a major criticism of Brandeis and other liberal arts institutions: that while we teach and study social justice theories and concepts in our own little bubble, we rarely go out into the world outside to actually improve it.

Andrew Jackson once said that eternal vigilance is the price of liberty. Even with advances in technology that allow us unprecedented access to information on candidates, effective and moral governance can only happen when citizens take collective action to safeguard their liberties and freedoms.

This issue goes far beyond the Bernie Sanders campaign. A great many people in the Brandeis community (including me) need to re-examine ourselves and whether or not our beliefs are matching up with our actions. We should all reexamine if we are taking the actions that matter towards the causes that we believe in, or if we are simply supporting the cause from the sidelines, cheering on the team while doing little to nothing to help it.

I completely get that between the pressure of doing well in school, holding a job, being in five clubs, and the million other things that Brandeis students do, it can be hard to find the time to actually go out and organize for causes that are not in your normal schedule of clubs, classes, and events. But oftentimes, people use these everyday activities as excuses not to go out and do the kind of hard work that needs to be done.

I myself do not claim to be immune to that line of thinking. We as a Brandeis as a community claim to represent and champion social justice. Yet as a community we too often fall into the trap of supporting causes and movements only when it is relatively easy and risk-free to do so. Each and every one of us needs to come to terms with the reality that if you are using Facebook and social media as your main vehicle for supporting a cause, you are taking a pass on having the courage to do the work that the world needs to do the most.

This campaign was and is a huge chance to change the course of American politics for at least a generation to come. As more young people get more involved with politics, they bring with them the opportunity to start a new era of New Deal-style liberal populism. Time will tell what the impact of our generation will be, but I cannot help feeling that we as a generation failed to organize and do the hard work of governing together when it mattered on Thursday night.

Kassie Hsu
Baylor University
2556
Panda Whale
Here are 100 things I'd rather to than study. I know the semester just started, but
Featured