Being The Daughter Of A Single Father
Odyssey

Being The Daughter Of A Single Father 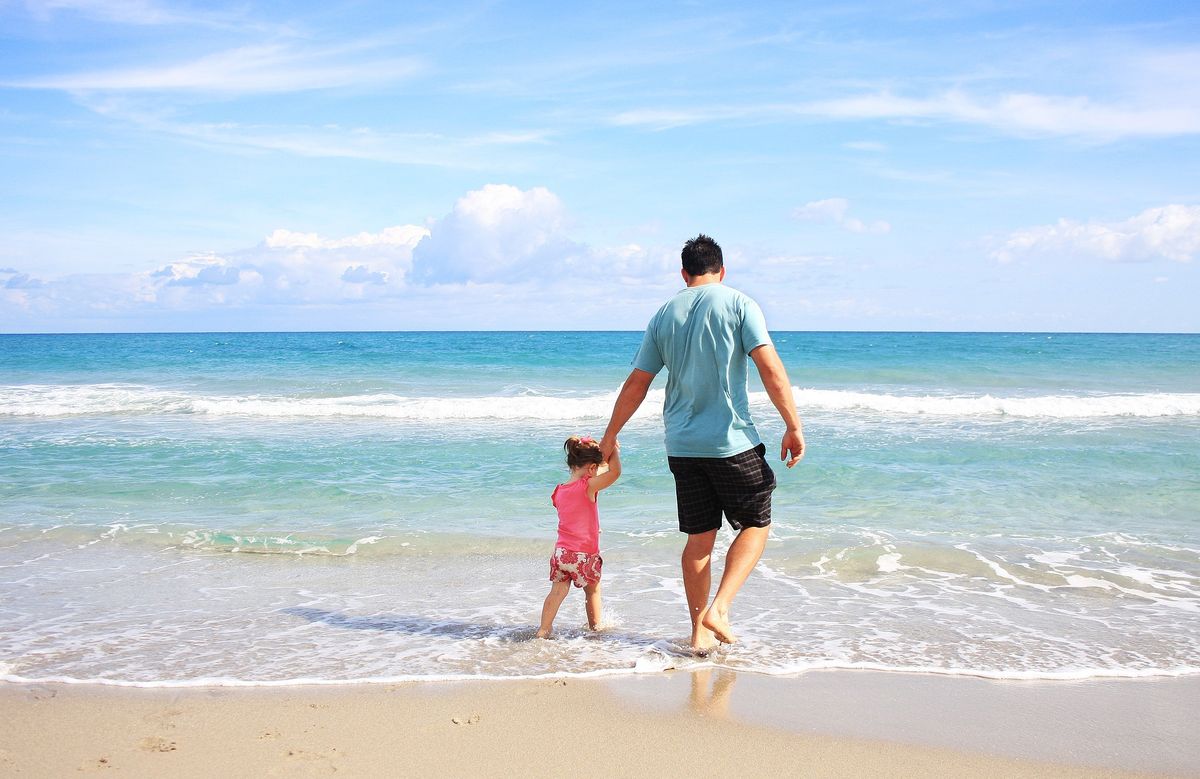 This topic hits near and dear to my heart as I am the daughter of a single father. I chose to write this because I know this can be a challenging situation. I love my dad and everything he does for me, but sometimes he just doesn’t understand and sometimes it’s just awkward. I know there are plenty of girls out there that feel the same.

First, I’m going to get personal, like I always do, and give you my story. Yes, my dad is a single father, but that does not mean my mother isn’t in my life. I love my mom with everything I have, and she is a great mother, but I live with my dad and spend 75% of my time with him. This article is in no way putting my mother, or anyone else’s down.

That being said, it has been just my dad and I since the summer before my 14th birthday, so right when a girl starts getting all those lovely puberty questions. To say things were awkward in the beginning would be an understatement. I had no clue how to approach my dad when I needed to buy pads, or even go bra shopping. Those are things you usually go to your mom and ask about. When I had to go to the store for pads I would just tell him I needed some feminine products because I felt weird saying I needed pads.

When I think about that now I laugh at myself because I am the youngest of three girls, so obviously, this wasn’t his first time in this situation. But when you are 14 and uncomfortable about the topic itself, you make it more awkward than necessary. Now, I just walk up to him and say "Dad, I need tampons" and he takes me to the store. So, if you feel awkward or weird about these topics with your dad, don’t. Even if you don’t have sisters like I do, your dad has been around women and knows what is going on. Just act like you are asking for food or something. Don’t make it harder than it needs to be.

Moving on to the topic all fathers hate to think about when it pertains to their ‘little girl’: boys. Let’s just say I don’t have too much advice to give on this topic because I’m still navigating it myself.

Now, I find myself at 19, living at home with dad, and in the dating world. Since I am a poor college student, I sadly don’t have my own car, so I rely a lot on my dad to take me places.

So, that begs the question if I want to go to a guy’s house and he can’t come get me how do I get there? Well, I take the cowardly way out and tell my dad to take me to a “friend's” house.

My advice here really should be to just be honest and as long as you’re not 16 dating a 20-year-old all should be fine. Just bring it up casually I guess. My dad and I kind of just joke about and wiggle around the topic of my dating life.

Now, comes a biggie. Sometimes dads just don’t understand. I find myself in this position a lot of times because while I am so similar to my dad, I am also so vastly different from him and even from my sisters.

Growing up, I was and still kind of am, overweight and that was never an issue they had to deal with because they all had monster metabolisms that worked at the speed of light or something. When they could sit and eat a double cheeseburger and not gain a pound, I would gain 5 just by looking at it.

I know my dad always means well and just wants me to be healthy and live a long life, but he doesn’t understand that how he says things can be hurtful. I know I just need to exercise and that would be half the problem, but sometimes exercise can be brutal especially if you are heavy chested like I am.

He doesn’t understand that sometimes I have to work twice as hard than most people just to get rid of a fraction of the weight. I know he wants what’s best for me, as all fathers do, but sometimes they just don’t understand enough to word it correctly.

Another prime example of this is when every woman’s ‘favorite’ time of the month comes along. Guys don’t like to hear about it because it’s gross and trust that we think the same as well, but it’s a natural thing that happens.

I know this is more of all guys and not just fathers, but they don’t really get it either. Those days that you are just huddled up in bed with the world’s worst cramps and they say it can’t be that bad. Or how about when you are so fatigued because it literally drains you? They tend to think we are being dramatic, and yeah sometimes we can muck it up, but most the time it really is a problem.

I have kind of gotten through to my dad on this front. I get serious cramps and aches and am just irritable to the core, so he knows I’m not feeling well. Obviously, with every woman this is different but if you have issues and you feel like your dad just isn’t understanding how bad it is. just talk to him. I know it’s weird and awkward and neither one of you wants to talk about it, but if you don’t let him know what it is truly like for you he will never understand.

So, being the daughter of a single father can be rough at times and downright awkward most of the other times, but it really doesn’t have to be. I mean there will always be things like your sex life that will never not be awkward to talk about with your dad, but the other stuff is child’s play. If you just take the time to sit down and communicate and have an open relationship with him, I promise you things will be a little easier.I say a little because let’s be honest you are going to fight with your dad, he’s your parent, it's gonna happen, but at the end of the day, you both love each other and I can promise you that he only wants what’s best for you.
Report this Content
This article has not been reviewed by Odyssey HQ and solely reflects the ideas and opinions of the creator.

Emmaline B
The Narrative
15498
https://unsplash.com/photos/O0T1SIgHAfM