They're on their best behavior when you're dating. 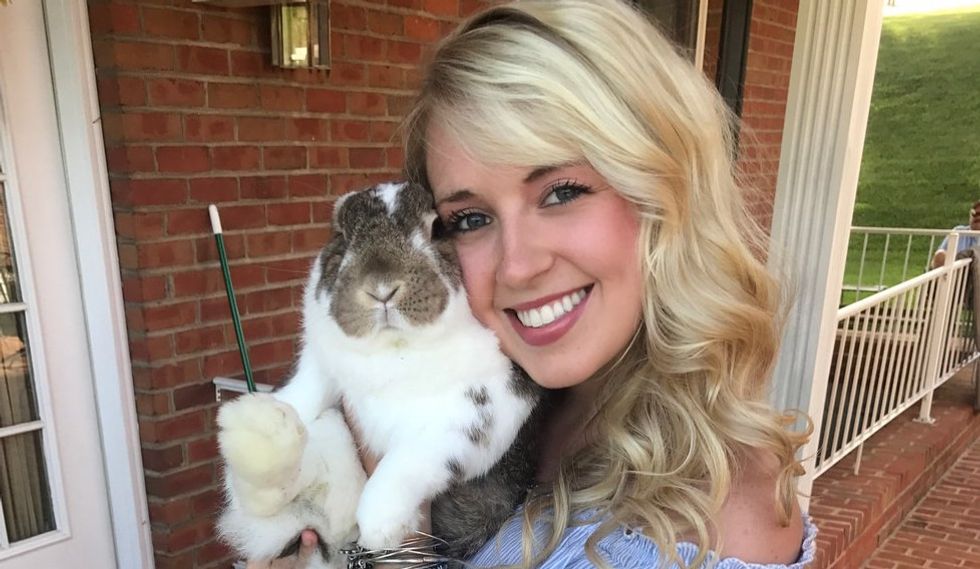 What's even more annoying? when people tell you that you're being too "picky" when it comes to dating. Yes, from an outside perspective sometimes that's exactly what it looks like; however, when looking at it from my perspective it all makes sense.

I've heard it all:

"You didn't even give him a chance!"

"You pay too much attention to the little things!"

What people don't understand is that it's OKAY to be picky when it comes to guys. For some reason, girls in college freak out and think they're supposed to have a boyfriend by now, be engaged by the time they graduate, etc. It's all a little ridiculous.

However, I refuse to put myself on a time table such as this due to the fact that these girls who feel this way are left with no choice but to overlook the things in guys that they shouldn't be overlooking, they're settling and this is something that I refuse to do.

So this leaves the big question: What am I waiting for?

1. Wants to know my friends.

Blessed doesn't even begin to describe how lucky I am to have the friends that I do.

I want a guy who can hang out with my friends. If a guy makes an effort to impress your friends then that says a lot about him and how he feels about you. This not only shows that he cares about you but he cares about the people in your life as well.

2. Actually, cares to get to know me.

Although this is a very broad statement, this is the most important one. A guy should want to know all about you. He should want to know your favorite movie, favorite ice cream flavor, favorite Netflix series, etc. Often, (the guys I get stuck on dates with) love to talk about themselves: they would rather tell you about what workout they did yesterday, what their job is, and what they like to do rather than get to know you.

This is something easy to spot on the first date, so although they may be "cute," you should probably drop them if you leave your date and can recite everything about their life since the day they were born, yet they didn't catch what your last name was.

3. How they talk about other women.

It does not matter who they're talking about, if they call their ex-girlfriend crazy we all know she probably isn't and if she is it's probably their fault.

If they talk bad about their mom, let's be honest, if they're disrespecting their mother they're not going to respect you either. If they mention a girl's physical appearances when describing them. For example, "yeah, I think our waitress is that blonde chick with the big boobs"

Well if that doesn't hint they're a complete f* boy then I don't know what else to tell you. And most importantly calling other women "bitches" that's just disrespectful.

Needless to say, if his conversations are similar to ones you'd hear in a frat house, ditch him.

If he can't put his phone down long enough to take you to dinner then he doesn't deserve for you to be sitting across from him.

If a guy is serious about you he's going to give you his undivided attention and he's going to do whatever it takes to impress you and checking Snapchat on a date is not impressive. Also, notice if his phone is facedown, then there's most likely a reason for it.

He doesn't trust who or what could pop up on there and he clearly doesn't want you seeing. Although I'm not particularly interested in what's popping up on their phones, putting them face down says more about the guy than you think it does.

To reiterate, it's okay to be picky ladies, you're young, there's no rush.

Remember these tips next time you're on a date or seeing someone, and keep in mind: they're on their best behavior when you're dating. Then ask yourself, what will they be like when they're comfortable? Years down the road? Is this what I really want? If you ask yourself these questions you might be down the same road I have stumbled upon, being too picky.. and that's better than settling.