Being Nice Is Nice And All, But Being Kind Lasts Longer

Being Nice Is Nice And All, But Being Kind Makes A Bigger Impact

Nice is holding the door open for the elderly woman behind you. Kind is asking if she needs help with her groceries. 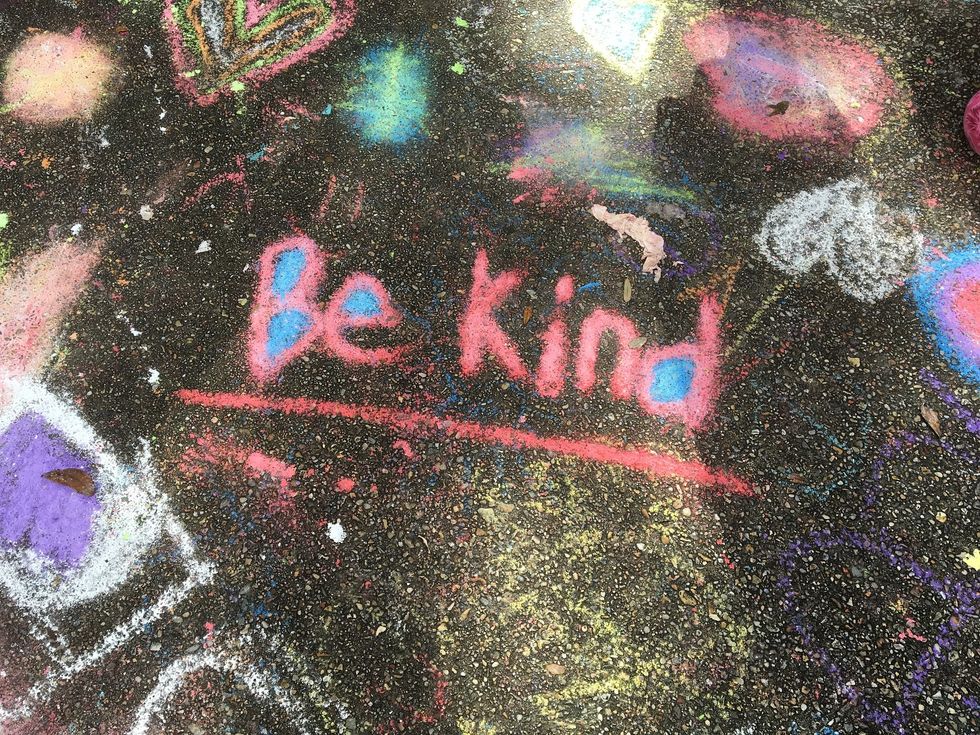 There's a difference between being kind and being nice.

One takes empathy and mindfulness, while the other is a behavioral expectation intended to keep up appearances.

Remember that classic episode of "SpongeBob," the one where he meets Sandy for the first time? When he is invited to her house, Patrick prepares him for it by explaining that air actually means "putting on airs," and that if he holds his pinky up, he'll be OK.

That's an exaggerated version of what being nice means to me.

For those of you unfamiliar with who lives in a pineapple under the sea, being nice is defined differently by different people and different cultures. Being nice is being polite. It's the decent way to act in most circles, but being kind is universal.

Pleasing, agreeable, appropriate and well-bred are all terms used to define nice, according to Merriam-Webster's Dictionary. Whereas to be kind is to be compassionate, helpful, warm and understanding.

Kind has substance and meaning.

Nice is having good manners.

Nice is expected and fleeting.

Nice is holding the door open for the elderly woman behind you. Kind is asking if she needs help with her groceries.

Now, if you've read to this point, you may be wondering what the significance of this distinction is. Well, here goes: I'm not always a nice person. And anyone who knows me isn't shocked by this.

I'm sarcastic and a little judgmental.

I'm a work in progress and the first to admit that about myself. But I remember people's birthdays, and I'm a pretty great gift giver. I volunteer and make sure I return people's messages when I can.

But I don't always greet people when I walk into a room, and Irish goodbyes are sometimes my go-to.

I'm honest to a fault because I know that, in the long run, the truth yields more positive results than a lie does.

I'm not always great at asking how someone's day was, but I probably know how they feel about immigration and how many kids they have.

And maybe all this piece accomplishes is in an attempt to convince myself as I convince others, but I'll take it.

Bottom line: I'd rather be kind than nice any day.