Don't worry, you're not alone. 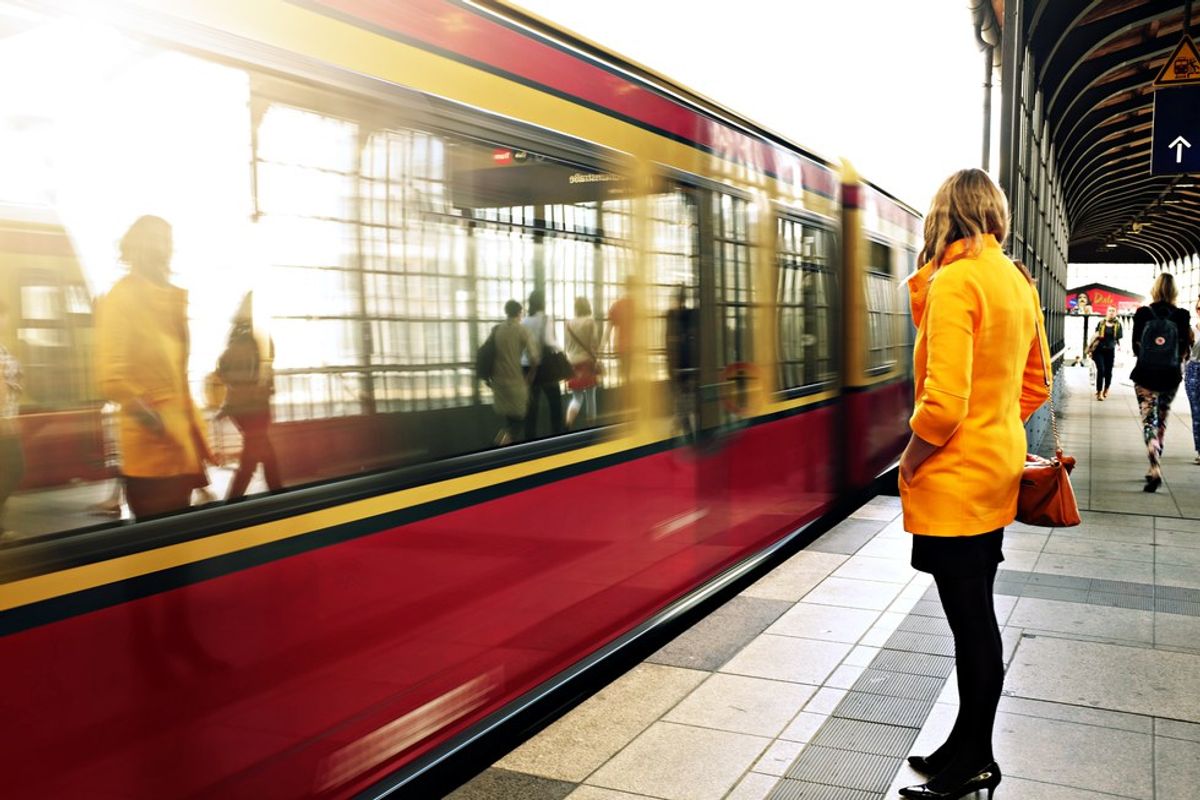 Anxiety is a strange thing. It's gotten a lot of attention in the media these last two or three years, being actually accepted as something that is real and devastating. Which is definitely good--there's no doubt about that.

But with the overflow of listicles and essays and treatises on "What It's Like To Live With Anxiety!" and "What It's Like To Date A Guy/Girl with Anxiety!" I always come away feeling... discouraged. Because yes, sometimes it does apply. But most of the time, I either don't identify with those articles at ALL, or it's just another of the cliches I've seen circling the internet for the last five years.

See, I don't want catchy phrases that make me laugh or witty reaction pictures to someone asking me to come to a party. Not every time, at least, and especially not when I was first struggling with anxiety. I want someone to understand. Even now I'll click into an article with new hope, only to find it's everything I've read before.

A few months ago, I had bought a new outfit. I know, but stick with me here. The point is, I was feeling really good, really confident. I wore it out and got some really nice compliments, but one especially confused me. A girl hugged me, groaned in frustration, and said, "You're just so perfect."

What? I thought to myself, so caught off guard I could barely respond. I had bought a new shirt, not achieved world peace. And really, the shirt was only six dollars. I asked my roommate later what our friend had meant, since she had been with me when it happened. She took a moment before replying: "Don't take this the wrong way, but a lot of times you give the impression of just... having it all together." She waited a beat, then added, "That's how I saw you when I first met you.

Ah. Okay. Except really not at all. Because that is not, I repeat not, as in nearly never, how I feel inside. So if I feel like my life is one constant Fireball ride (which I never went on more than once because more than once, people got stuck up at the top for hours at a time), why does it look to some people like I'm this unflappable patron of cool, calm and collected?

The answer is simple: I'm independent. Crazy independent. As in "no you are not paying for my two-dollar drink because I refuse to owe things to anyone" independent. And I also have major anxiety. Nice to meet you.

I'm not the only one. So if you're reading this and in the same situation, know that there really is someone who understands. We don't ask to be reassured by people caring about us every day, because God forbid we show that we're afraid. But when no one's there, maybe we stare at our phone for ten minutes, just trying to work up the courage to send out that first text, our throats tightening just a little when we imagine them saying no, they don't want to hang out. We don't panic any more than anyone else at the thought of a public presentation (at least, we don't show it). But maybe half an hour later we're in the corner of our room while no one's looking, having a panic attack because someone didn't say hello back and we felt like an idiot.

And here's why--at least for me. Weakness is the number one enemy of my amazing adventure for independence. I don't want to be handled delicately, and I don't want anyone thinking I can contribute any less than anyone else. So whenever something goes wrong, whenever I just can't get my breath, or whenever I have to actually rely on the help of someone else? I berate myself. I tear myself down. I say that there's no reason for me to be so pathetic, and yet here I am, so why don't I get a handle on myself?

A recent example: Just a few days ago, I stopped to get gas before going to a bridesmaid function. I was feeling good, I looked good (I think) and I was going to spend time with people I loved. Right before I got gas, I checked my bank account. To find that it was overdrafted by over one hundred dollars.

My mind spiraled. Fast. There was no money in my account, so I couldn't get gas, so I couldn't go to the dress fitting, so I was a terrible friend. Everyone is disappointed and I've failed my parents, they're crying right now (okay, maybe it didn't go that far... you get my point). In the midst of terror, I called my mom, not knowing what to do. And she helped, we worked it out. But I was now half an hour late, exhausted, and I just wanted to give up and go home.

But I didn't. I started on my way, yelling at myself. For not fixing the problem before my account was overdrafted. For calling my mother instead of just handling the problem myself. For being so pathetic that any of this actually affected me. For being weak. Because that's what you do when you are so independent but can't always get ahold of your anxiety. Small setbacks aren't acceptable. Even struggling with anxiety feels like a failure, because if other people can handle problems, why can't you just suck it up and deal like everyone else without having a quiet breakdown?

But here's the thing. I went to the fitting. I dried my eyes and I went in and I had a good time. Because here's what I have to say to all of you who struggle with this-- the thing I have so much trouble saying to myself.

Your struggle is not an excuse. It's real. And you are braver than you imagine just by making that decision to stand back up. And it's not giving up to rely on other people. The good ones aren't going to think of you any differently. It's okay to be vulnerable. We were created to need others. I want to scream from the rooftops how proud I am of every single one of you. Never let fear win, not in the end. Because you're stronger.