There Is Nothing Wrong With Being Confident
Odyssey
CurrentlySwoonLifestyleHealth & WellnessStudent LifeContent InspirationEntertainmentPolitics and ActivismSportsAdulting
About usAdvertiseTermsPrivacyDMCAContact us
® 2023 ODYSSEY
Welcome back
Sign in to comment to your favorite stories, participate in your community and interact with your friends
or
LOG IN WITH FACEBOOK
No account? Create one
Start writing a post
Health and Wellness

There Is Nothing Wrong With Being Confident

You can do anything you set your mind to. 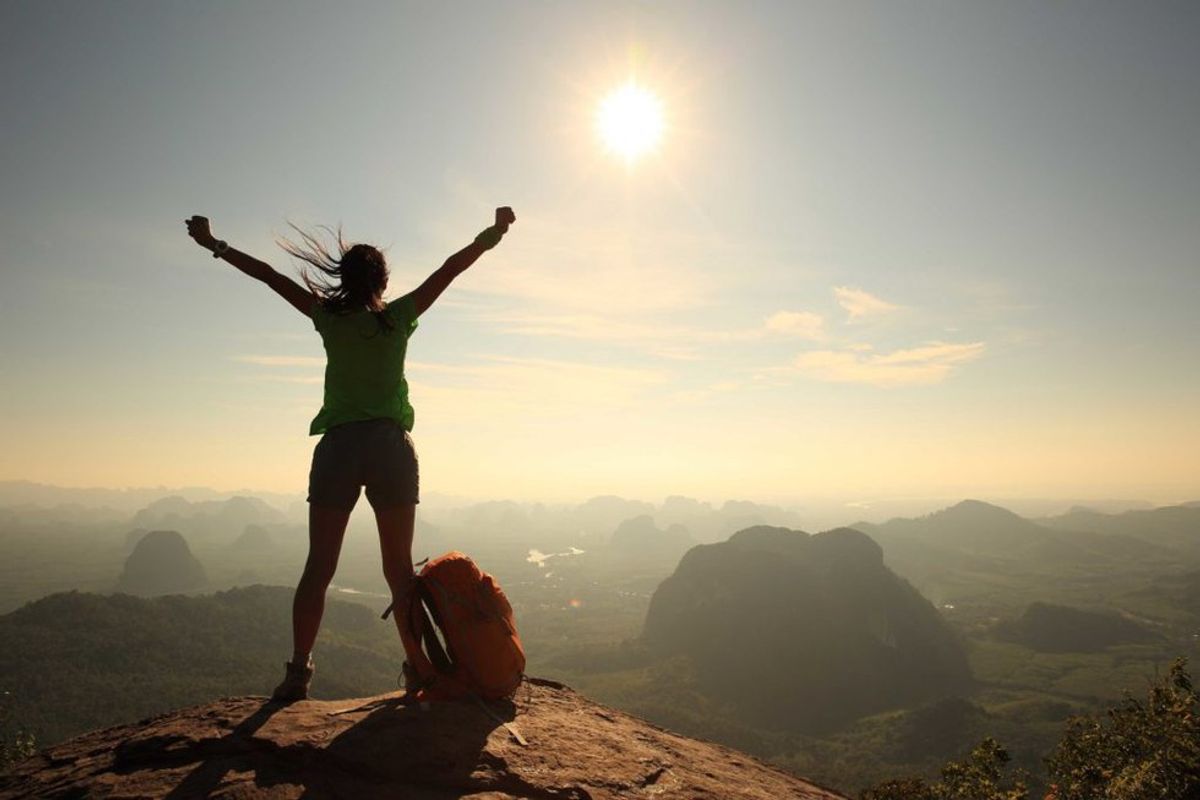 I can't pinpoint the day I lost confidence in myself. It is like I woke up one day and there was a voice in my head telling I couldn't do something and I believed it. The earliest time I can remember not having confidence is when I liked this white boy in the third grade and I thought there is no way he could like someone as tan-skinned as me. So, I never gave him the chance to recuperate any feelings because I never told him how I felt.

Ever since that time I started to give in to that small voice of paranoia telling me that I was not good enough. It would say that my voice sounded weird, and so, I started not to talk as much as I used to. Then it said my hair was too puffy, so, I tried to style it so that it wouldn't be so puffy. When I started to wear glasses the voice would tell me how nerdy and ugly I looked with them, so, I started to wear contacts. When I already believed everything it said about me, the voice started to compare me to my friends.

I found it funny when my friends would tell me stuff they liked about me. It would be things that I would rather exchange for something else. They would say,"Wow, your hair is voluminous. I wish my hair was like that." I would just reply with, "Be careful what you wish for." Knowing that I wouldn't wish it on anyone. Some would even say, "I wish I was tan like you," and in response, I would just laugh or wave them off. I would think, "Don't they see all the fair-skinned girls on the TV? Don't you want to be normal like them?"

The one compliment I could not wave off was the compliments about my eyes. Complete strangers would stop me on the street saying how pretty my eyes were. All my friends would ask me for my eyeballs or stare deeply into my eyes from time to time. One compliment I will always remember in my head is when my friend said my eyes were yellow. "They are like yellow," she burst out randomly.

I was confused for a second until she looked me square in the face intently like people do when they are looking into my eyes. I just laughed at her and said, "Thank you," but that moment stayed with me.

So when the voice tried to say my eyes were average like the rest of my face I knew it was a lie. I held onto the fact that my eyes were pretty and that I liked them. After time passed I started to notice that I liked my eyelashes, too. My eyebrows started looking nice to me some time later. Eventually, I even started to accept my nose the way it was and the fullness of my lips as attributes to my face not as things that are ugly.

Once I started to love my appearance every lie the voice told me shattered. So what if I talked weird? Does that mean people don't want to hear what I say? No. So what if I have tan skin and puffy hair? Does that mean that someone won't like me just the way I am? No. I really truly accepted myself then for who I was and knew that I am not ever going to change. And I don't ever want to change, and especially not to appease anyone.

It is not like I have not struggled with my confidence since then. Every day brings a new way to test my resolve for being confident in myself. I don't that someone will ever not feel confident about something at some point of their life no matter what they do or how confident they are. However, I have noticed that I handle situations when I lacked confidence better now.

I know now that many girls and even guys struggle with confidence issues. It is practically a part of life. But that is just it. A part of life, not the whole entire lifetime. So, for anyone who has confidence or self-esteem issues, my advice to you is: try to find that one natural thing you like about yourself. It could be a freckle, mole, hair strand, nose, eyes, ears or belly button, and tell yourself every day that you like that single thing about yourself. Then find something else you can add to that list, even if you don't believe it at first, tell it to yourself every day until you realize that you do.

Stop comparing yourself to other people. The grass is indeed not greener on the other side. Trust me I have been there. It is just as green as this side of the lawn. And when your friends tell you something, they are not just being nice to you. They truly genuinely believe every word they say with the bottom of their heart.

Lastly and most importantly, don't be too hard on yourself. Don't try to downplay your attributes. Embrace them and brag about them. There is nothing wrong with being confident. You can do anything you set your mind to. You have the potential to be anything you want to be. Everyone has something amazing and special inside them.