Seeking Beer On Tea Street: A Story About My Trip To Beijing

I learned firsthand that one should never get in the way between a grown man and his beer. 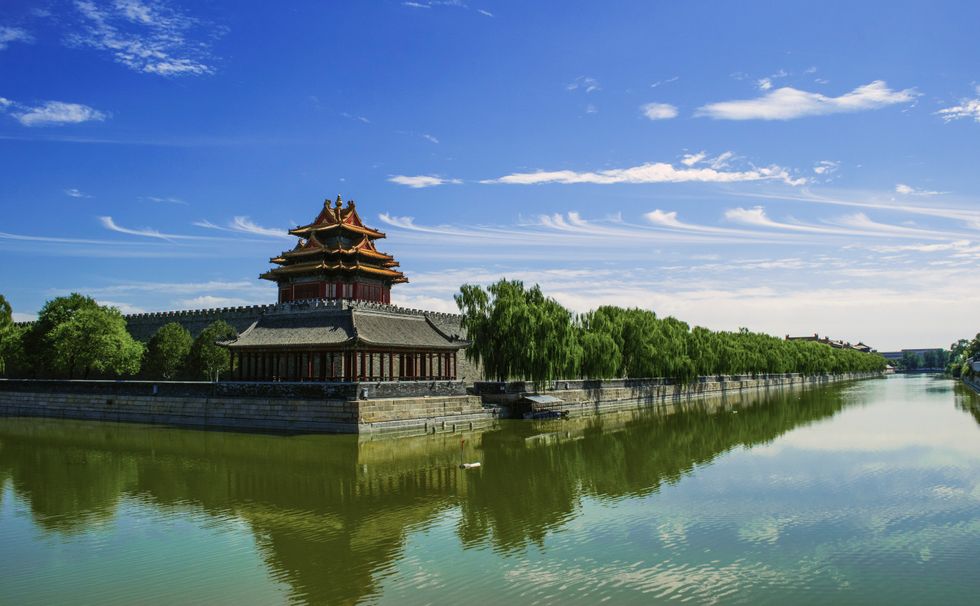 During the hot summer months in which my family and I vacationed in Beijing, we developed the peculiar tendency to long for classic American goods. I missed Goldfish. My sister missed cheese pizza. And my father missed his ice-cold cans of Coors.

Sure, he had the privileged access to other beer brands and liquor bottles, but nothing could hold a candle to his beloved Coors, as he moaned and groaned every night when my uncles handed him an opened bottle of Tsingtao.

One evening, my father decides he's had enough and that he will purchase a pack of Coors, no matter how far, troublesome or expensive it was. My father, sister and I marched out of Lao Ye's apartment, like three soldiers on a desperate mission. We stormed through each shop and vendor, as my father asked in broken Mandarin where he can find beer. Each clerk giggled as my father made exaggerated gestures to exemplify his vital goal. Onlookers took pictures to record the spectacle since my father's red hair and bright blue eyes were stark contrasts against the Beijing locals.

The sun was starting to set and mosquitoes were feasting upon us. Time was not on our side and we were out of luck. We kept walking and ended up at a bronze statue of an old man. As we observed the historical figure, my sister and I read the only line that was printed in English within the respective caption: "Welcome to Tea Street!"

We stood there in silence, stupefied. My father turned to us and stoically said: "Well, let's keep going."

I was getting hungry and my sister was cranky. "Are you serious? We are literally on Tea Street," my sister yelled. My father shrugged his shoulders. "Yeah, so what? There's gotta be something around here," he replied.

We trudged on, regardless of how lost we were. I started to panic, as we crossed nameless streets and passed countless blocks. How were we ever going to find our way back? But I learned firsthand that one should never get in the way between a grown man and his beer. The pair was symbiotic, philanthropic and significant. Nothing mattered. Food, water, and shelter were just petty features of a minimalist lifestyle.

My sister wiped off beads of sweat that were forming on her forehead. My father was pointing: "Look! A policeman! He will help me," he said.

We jaywalked across a busy street and approached the policeman that was seated upon a beautiful brown horse. My sister and my dad started to pantomime, pleading for the location in which American beer was to be found. It took a couple of minutes for the policeman to generate a response. Like a gift from the heavens above, he nodded and pointed to a white building. It was a supermarket. We thanked the policeman as he laughed. Helping a Bostonian find American beer in Beijing's historical Tea Street was probably the strangest and funniest thing he's witnessed.

We triumphantly ran into the supermarket and found the beer. The glistening array of alcoholic beverages made us jump for joy, as my father quickly filled our shopping cart with endless numbers of bottles and packs. We quickly checked out and took a taxi back to Lao Ye's apartment.