Why the “Nerd Girl Makeover” Trope Needs to Die
Odyssey

Why the “Nerd Girl Makeover” Trope Needs to Die 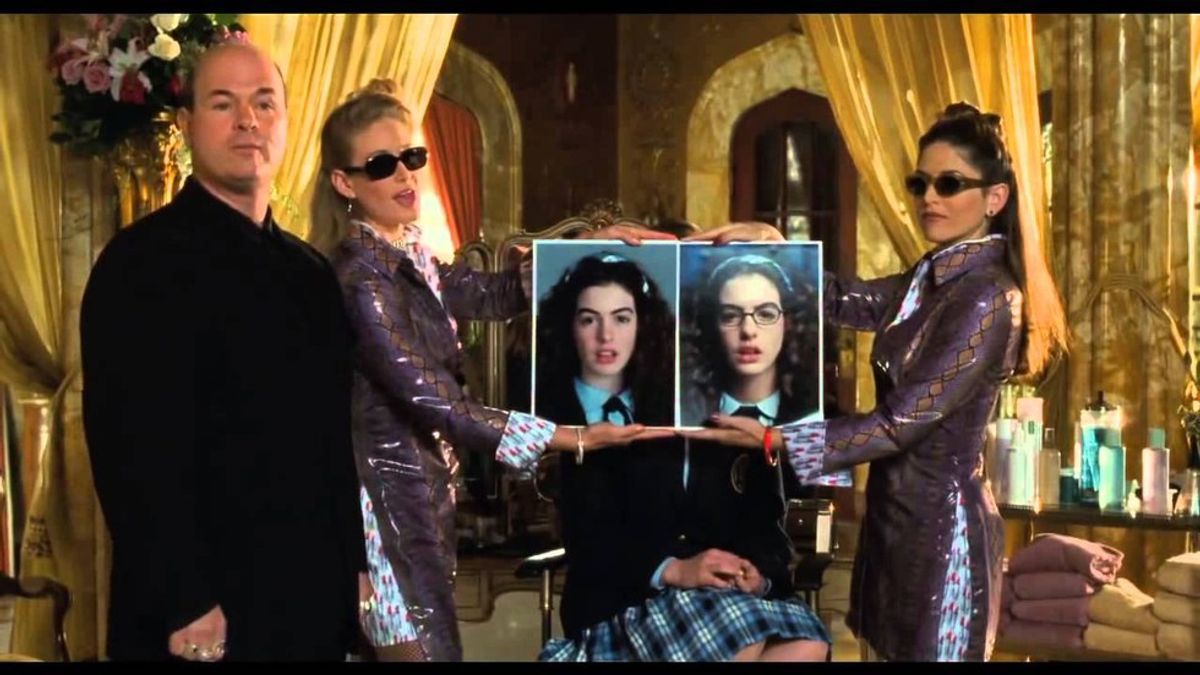 In the media lately, there has been a lot of talk about the need for diversity, and rightfully so. With a wider scope of character types and shapes, you can create a wider variety of stories – not to mention that the audience may get the chance to see someone who looks just like them on stage or screen, being the hero. That is a powerful thing for anyone to see, be they an impressionable toddler or a wiser, older human.

As a woman classified by the government as white, I’m in luck in the representation department usually. My biggest complaint is usually that most characters do not have my curly hair or a cultural background more interesting than “WASP” or “token ethnic side character”. That is usually just nit-picking, though. The solution to that particular situation could very well be solved by the “if you don’t like what you see than create your own” clause of social justice.

That is, until I realized there is a particular trope directly tied to this phenomenon, known as “Beautiful All Along” on tvtropes.org, that ties into not only overused plot devices in stories but also into problems women face in real life.

We all know the story of Cinderella – either by watching the Disney version and/or knowing one of the hundreds of versions out there centering around almost any premise and culture imaginable, from China to Mexico and steampunk to cowboys. In every version, our main character remains virtuous through strife and abuse, catching the attention of her dead mother or the pets she feeds or a fairy godmother or someone similar.

It is her kindness that gets her the means to get to the ball – she literally earns her night off. The makeover is so she can feel like she fits in, feel like she is beautiful, and sometimes so she can fly under the radar of her oppressors. When the prince comes around though, he picks her out for her beauty. He doesn’t know what she’s been through usually. While we, the audience, are usually thrilled for Ella getting out of hell, I can’t help but wonder if the prince can ever fully appreciate her struggle. He doesn’t deserve this warrior woman.

In the “Beautiful all along” trope, we usually have a “nerd girl” – someone typically equipped with terrible eyesight, wild curly hair or at least unkempt hair, klutziness, a hobby, and a high IQ. She flies under the radar quite successfully and perhaps has some supportive friends, and she pines over the most popular boy at her school. Via a “makeover,” she loses her glasses and, magically with it, any self-doubt, and she gains a ton of make-up, straightened hair, and the boy of her dreams, who finally notices her.

Never mind that self-confidence doesn’t fix bad eyesight and contacts can be expensive (Reilly) - I should know, since I wear glasses. Never mind that curly hair is beautiful, natural, and usually just needs shampoo and conditioner at the very least to be healthy. Never mind this girl’s original friends who respected her. Never mind that she shouldn’t have had to impress anyone. Never mind that this boy probably wasn’t worth her time of day if he could not see how great she was from the beginning. She probably has a much higher IQ than him, too.

Never mind that this girl didn’t need saving or a makeover.

For your consideration, please view this image:

In addition to this, the stigma against curly hair has been around at least since Europeans were enslaving Africans. Through centuries of abuse and internalization, the African-American people were taught that their natural hair was ugly, and white women taught them how to straighten it. If you google “unprofessional hair styles” – a classic search at this point, I know – you will get hairstyles particular to African American women, such as Afros, braids, and dreadlocks, but also curly hair styles.

According to Anna Breslaw of Cosmopolitan, my natural hair might even make me lose job considerations. Curly hair is also usually used to denote wildness and a free spirit, if Merida from Brave is any indication. So, if you look at it that way, society is basically trying to “tame” me. Like I’m an animal.

So imagine what a little girl watching the films sees – or even reading some books that contain the trope. In order to be liked by others, she has to lose what is integral to her. She has to “not look so smart.” She has to not let her uniqueness show in order to fit in anywhere.

My least favorite instance of using this trope takes place in The Princess Diaries. Mia has to be a princess? Time to lose the hair and glasses, honey (Lane). Granted (spoiler), the trope gets subverted in the end by a boy who actually did notice her “when she was invisible,” but the movie becomes just a little bit painful to watch for me after the makeover scene. She never gets her hair back.

That’s just it. If you pound it in that being smart and being yourself is undesirable, you are going to hurt kids and their self-esteem, and in turn our society, for life.

On the other hand, if we stop with the rampant overuse of this trope and do almost anything else – preferably letting female characters just be themselves and not having their entire worth being dependent on if they can attract a dude with physical looks or not – we might be able to move beyond this and work toward equality between the genders.

A little boy doesn’t have to impress a girl, either. A trans-human shouldn’t be afraid to come into their own because they don’t "meet" a beauty standard. Life should not be a beauty contest. We should be looking for the beauty inside ourselves and others, not just the beauty on the outside. We are so much more than makeup and straightened hair, and we have so much more to offer. We are all talented, strong, beautiful-inside-and-out human beings.

Besides, it was Cinderella’s heart that got her to the ball, after all, not her looks.

"Beautiful All Along." TVtropes.org.