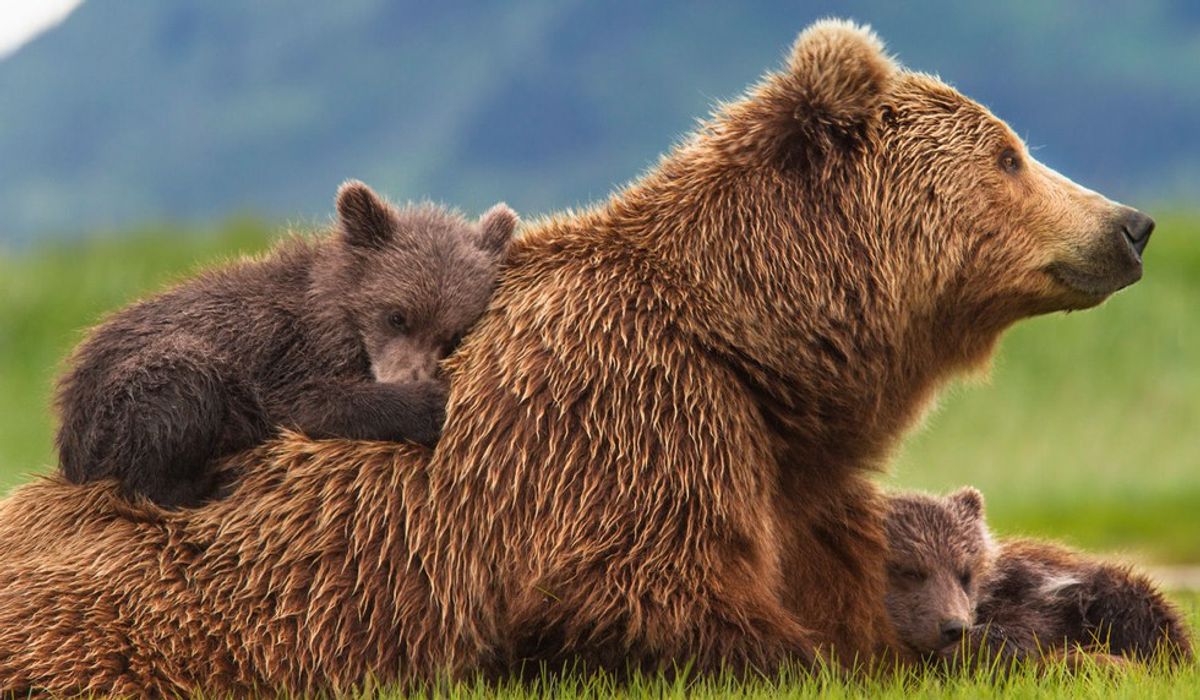 The zoo is filled with Bears. Black, brown, sloth, panda, or polar. Only five types are written on this page while only eight types roam around the world. Dogs are assumed to not be able to see color, the drab fillings of black and white on the most beautiful surfaces, but Bears see all sorts of color. The see the sparkly reflection of fish scales in a river and the way the pine trees turn deep green when the winter adorns them with fresh snow.

Witness a dog smelling the ground. The scents wafting around their wet noses as they try to inhale as much of the good stuff as we cannot see. Bears have a better nose than dogs, and dogs a better nose than me. Bears can probably smell the scaled fish in the river and the pine needles changing colors. They can smell the fear on the animals they prey on. Sometimes the dogs who are just trying to smell like a Bear.

Dogs sleep throughout the day, while Bears sleep throughout the winter. Imagine if the whole world slept for winter. Would the fishes in the pond that the Bears smell and see from their twinkled reflection sleep that long? Sloths sleep various hours in a day, week, month, and year. A group of Bears is called a Sloth. Sloth Bears sleep as much as a brown or black Bear. Baloo is a Sloth Bear when he bounces to The Bare Necessities.

A long, long time ago in a galaxy far, far away lived a species of Bears who had tails. These little flaps of skin that species carry on their bodies that lifts, scents, and expresses their feelings and to the surrounding world. Dogs wag their tail when they are excited. Sloths don’t have tails. Bears have a useless flap that covers their bare behind. Evolution took care of diminishing the Bear Tail.

Goldilocks waltzed into the Bear’s home like she owned the home herself. The Bears were away as the human played. It has a much deeper meaning in today’s world, where hunters and humans alike are tearing Bears away from their homes. Eating their porridge, sitting in their chairs, sleeping in their beds.

Teddy Roosevelt, better known as President Theodore, inspired the children’s toy of a teddy bear found in all walks of the universe. Bears that wind up, sing, give you a great big Bear hug. Teddy refused to shoot the Bear that inspired the long history of these prized possessions children keep by their sides. The Bears probably made a Roosevelt toy for their cubs after he, or maybe she, was saved by the hands and power of powder in a piece of steel.

Don’t approach a dog with new born puppies because it may piss her off. Sloth mothers probably aren’t very good at protecting their babies from somebody touching them because of their speed. Bears are very protective. Nobody messes with Momma Bear.

Dad said when I was younger I sounded like a baby Bear sucking from a bottle.

Dad and Mom only call me Bear.

How did Dad know?

We climbed up, up, up the stairway to heaven only to be met by a Bear, black as night, and her three cubs.

I felt like I could speak to her. To tell her I was sorry that there was the Appalachian Trail driving right through her home.

Bears don’t need to talk to get their point across.

A black Bear spotting in rural Maryland provoked dozens to want to go on the hunt. Run, run, little one.

Bears can run up to forty miles per hour.

Run, run, little one, I thought as I sped down the mountain.

Nobody messes with Momma Bear.

Nicole Marie Nigro
Individual Creator
2766
c1.staticflickr.com
Where to start...... Let me start with the cliche that life throws us curveballs and what we do with it is what counts.