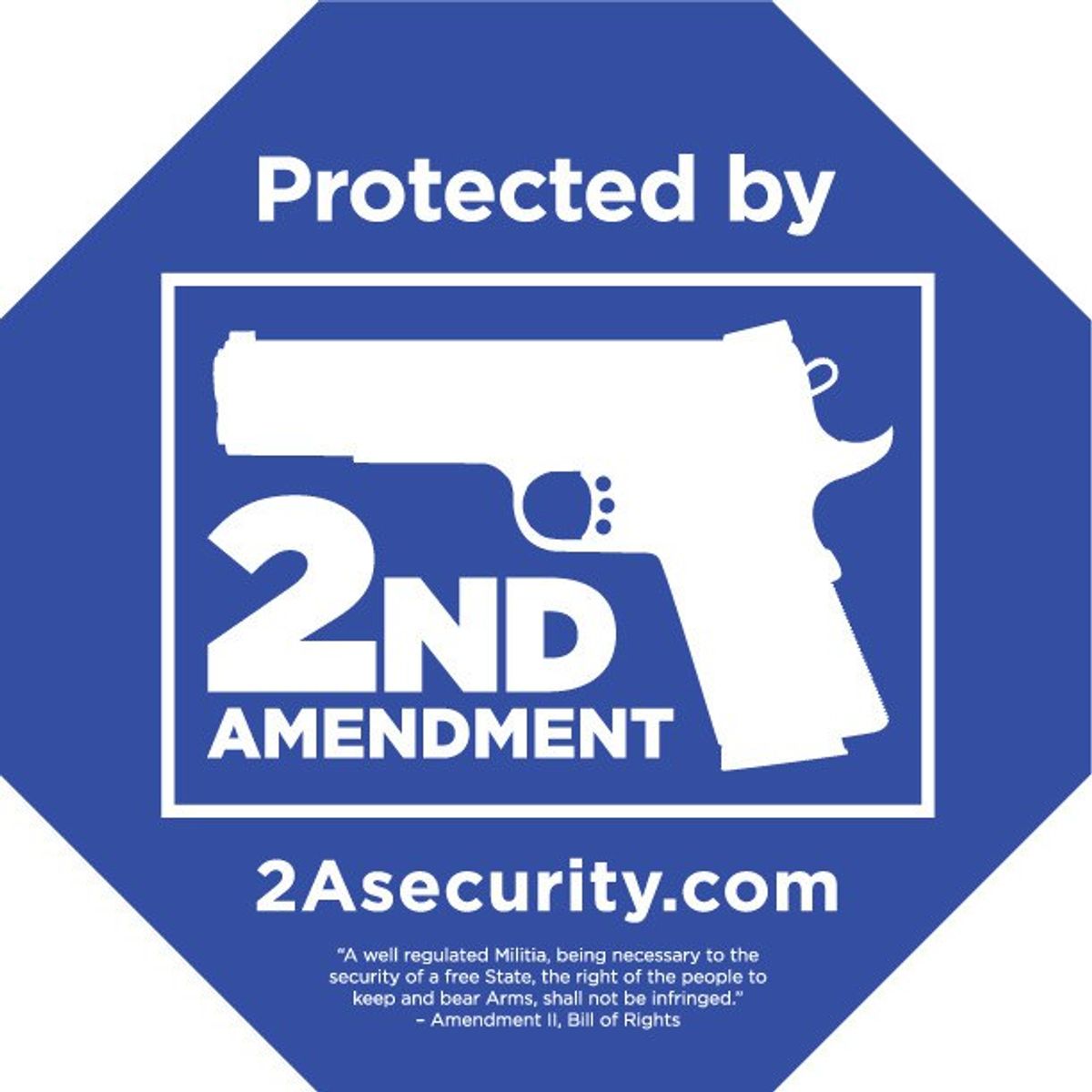 So here is an argument that few could fathom a definite, secure answer for, should there be a battle for the right to bear arms? I say that this argument is irrelevant and useless. This argument has no reason to even enter a person's mind. Since the Bill of Rights was passed in 1789, the right to bear arms has been a right of passage to American citizens. Family members during that time period did all they could to protect their loved ones from danger, including Native American attacks or even from money-hungry Brits. Guns have worked their ways into American society and have been one of the most useful, innovative, and protective inventions ever conceived by mankind.

Guns have worked their way into our lives by giving us the power to practice recreational activities and allow opportunities for families to bond during the cold months. They are useful and protective when it requires self defense measures and they are innovative because they have evolved since they were first used almost 500 years ago in Europe. It seems clear that guns have many qualities that make them good tools but it is still unclear why Americans today are questioning the second amendment.

I still believe that mankind especially Americans earn the right to bear arms because it makes sense to protect their families and engage in harmless recreational activities. My family has abided by these rights since before I was even born and my father was apart of the York City Police Department in York, Pennsylvania. Even though some say guns provoke violence and cause damage to society, I disagree. I asked my father, Randy Searfoss, for his opinion on guns provoking violence and he stated that "guns are inanimate objects. They can't make decisions-- but people can." After hearing his opinion, I came to the conclusion that society blames guns for shooting bullets-- when we are the ones who control the trigger.

Speaking of pulling the trigger, how can some people receive guns when they are a danger to themselves and society? When a person pulls the trigger, they have the power to stop his or her actions, and unfortunately, some individuals are unable to because they are not in the correct state of mind. It takes one split second for a confused shooter to release a bullet and change a life forever; not just for himself or herself, but for society. I understand mental or medical background checks can be used to prevent these individuals from even touching a gun, but I fear it's not having background checks done, it is enforcing them. If we as a society enforced safety measures, there would be a slimmer chance of random shootings across the United States and more lives would be spared from this fate.

In America, citizens are graced with the tools and opportunities to live the "American Dream". They are given rights and freedoms that citizens in other countries are currently fighting for and when someone pulls a trigger in America, it appears that they are not as grateful for what they do have within its borders. The longer American society rests on its laurels and allows innocent people to be killed, the more violence enters the world. We as a society have to remember that we control the trigger and the violence; not an inanimate object.