How to properly beach it up. 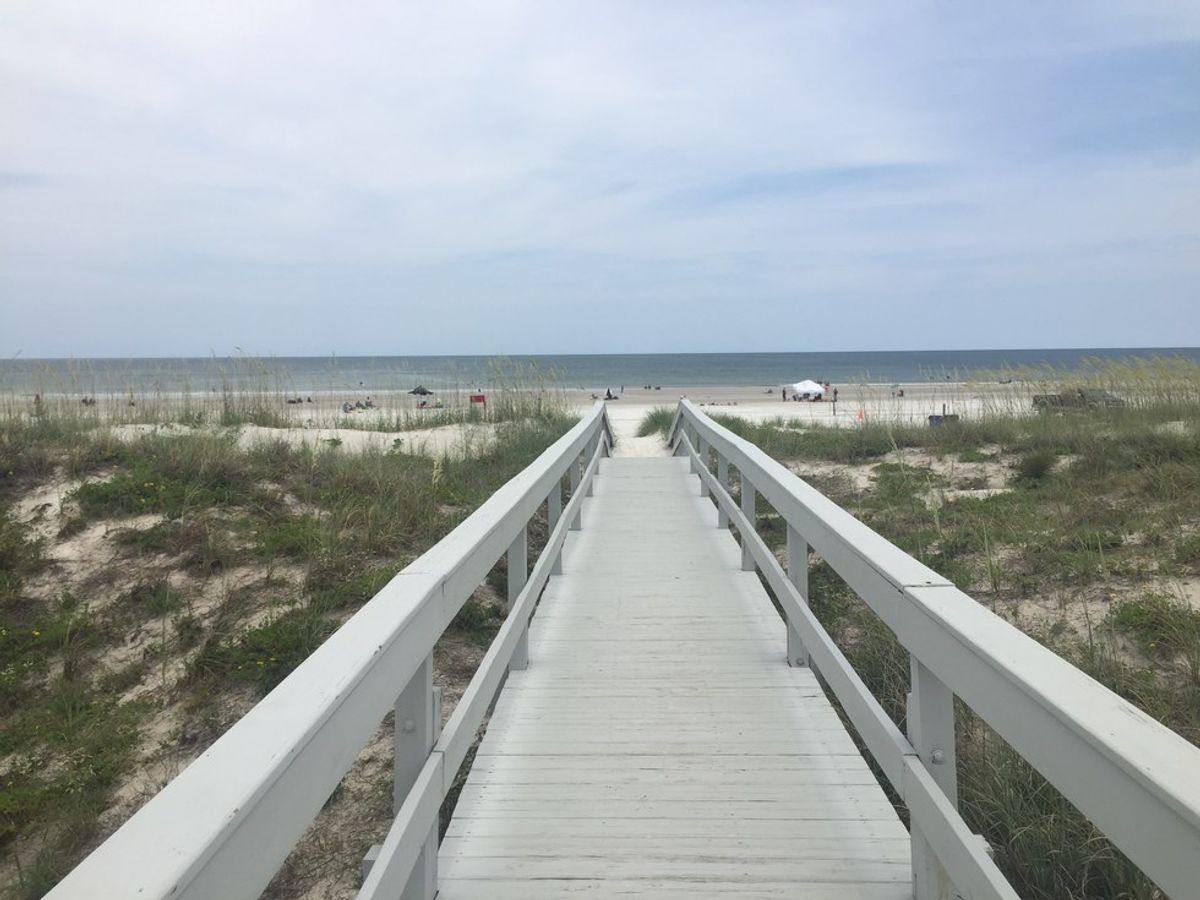 It’s summertime and in Florida, that means time to hit the beach. I love the beach. You can go body boarding, surfing, body surfing, play catch, or just lay out in the sun. Personally, I love to body board and lay out. But there’s something for everyone to do. Beach days are the best. Some people, however, do not know how to properly act on the beach. So let’s go over beach etiquette- or a few ground rules.

Speaking of ground rules, let’s start with rules for the ground. Everyone wants prime beach property. But there is no reason to fight. If someone has already set up their stuff, please don’t go and plop right in front of them. Leave about a 10-20-foot space. Same for being beside someone. Try to leave a little room. There’s no reason to get right up next to someone. Additionally, be space conscious. If you’re unlucky, there will probably be a lot of people at the beach. Setting up two umbrellas, a tent, five chairs, three towels, and laying out “beach toys” (body boards, skim boards, shovels, etc) is not acceptable. Unless you have like 10 or more people with you. If you think you might want to alternate between sitting or laying out, get a beach chair that allows you to do both. Or put out your towel and take out your chair later.

Now that we know how to set up our beach space, let’s discuss how to use our space. As I mentioned earlier, you should probably choose between towel or chair. You can’t have both out and only be using one. If you want to play music at the beach, try to be considerate to those around you. Don’t blare it. Not everyone wants to listen to your music. As awesome as you think it is, people have different tastes and opinions. If you’re building a sand castle, don’t throw sand around- even if you are building an awesome moat.

A beach fan favorite thing to do is throw around a Frisbee, tennis ball, or football. It’s all fun and games until someone gets hit by a flying object. It’s even worse if that someone is somebody that you don’t know. Accidents happen sure, but there are some things you can do to ensure you don’t knock someone upside the head. First and foremost, watch out for people. This seems like common sense, but you’d really be surprised by what some people do. Best case scenario is to try to find an area where there are fewer people sitting around. This tends to put you a bit farther back from the water. If you want to throw it around in the water, then you definitely should be extra careful. As much fun as it is to just let a football rip 40 or 50 yards and go chasing after it, this probably isn’t a smart idea on the beach and definitely not in the water.

Finally, let’s talk about wildlife at the beach. I’ve spent the past week at the beach and two nights ago we saw some kids catching sand crabs. There’s nothing wrong with that, except the kids were putting the crabs in buckets. The beach where we were at had a “catch and release” policy. This makes it illegal to capture crabs and put them into buckets. As we were leaving, we saw the kids taking the crabs towards the ocean. We went back to the beach during the daytime and there were dead crab bodies everywhere. We can only assume where those came from. We also saw a lot of trash. How hard is it to pick up after yourself? Let’s please keep the beach nice for those who want to enjoy it- humans and animals alike.

That’s all I have to say on beach etiquette. If you follow these guidelines, then going to the beach can be the fun and relaxing day that it is supposed to be for everyone. Just remember to reapply sunscreen so you don’t get burned and we’re good to go. The beach is a wonderful place and one of the main reasons people come to Florida (or anywhere with a coastline and warm temperatures). Happy beachin’!!