How the Illuminati uses bananas to control your mind. 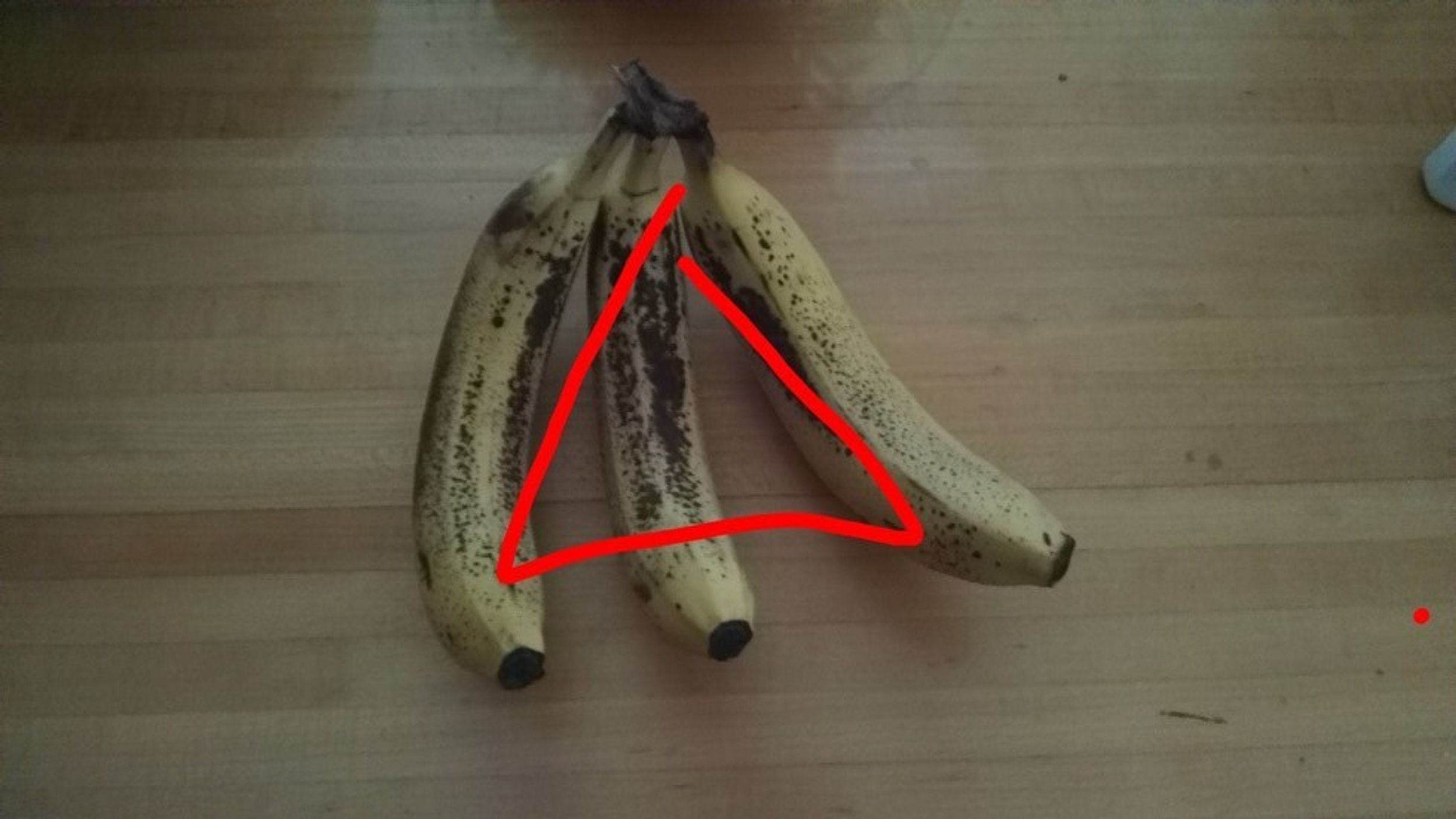 If you’re like me, you spend objectively too much time on the internet reading things that contain useless information. It is because of this hobby that I can tell you that kangaroos smell like curry, it is illegal to push a moose out of an airplane in Alaska, and there is a significant portion of the world that believes that the pyramids were built by ancient aliens in order to beam energy from Earth to the moon. Indeed, I know far more conspiracy theories than I should. The vast majority of these theories are absolutely ridiculous and sound like a three-year old made them up, yet they somehow gather a significant following among the crazy part of the internet. This got me thinking: how hard could it be to create my own conspiracy theory? It turns out, it’s not very hard at all. So, without further ado, allow me to explain to you why bananas are used by the Illuminati to control our minds.

Wake up, sheeple. Your once-proud, free world is being peeled apart by the very “fruits” we ourselves peel every day. The truth is so obvious once you know where to look. Indeed, you can ask anyone who has done the reading and spent time researching this phenomenon and they will tell you the exact same thing: the Illuminati are using bananas to control the world.

Don’t you find it suspicious that bananas are so perfect? They’re the perfect size, the right shape, they taste delicious and they come in an easily removed protective shell. I honestly cannot think of any way by which the banana could be improved as a snack food, and I think it is fair to say that there is no way the banana could have occurred naturally. Now, I know what you’re going to say: “but Sam, the banana we know today didn’t occur naturally, it was created by selective breeding and genetic modification over an extended period of time.” Don’t make me laugh: if we had the technology to genetically modify food, why is broccoli still disgusting? Why haven’t we created trees that can grow iPhone 7s? And why do I still have to go to the doctor, despite eating an apple every day? Clearly, the truth behind the banana is more sinister than big fruit would have you believe. We have established that bananas have some sort of secret agenda, but what could this sinister plot be? To find the answer to this question, one need only look as far back as the 1920’s.

The 20s were a time characterized by government overreach. Prohibition, immigration reform, child-labour laws; in many ways the 1920s marked the beginning of the government attempting to control its citizens. The 1920s also saw the creation of the electroenencephalograph, a device which can detect and record brainwaves. This device confirmed that the brain did, in fact, operate in a manner that could be interfered with via electromagnets. All that was left for the government to do was distribute these electromagnets in a way that would encourage human consumption, and allow mind control from inside the human body. Enter: the banana.

Electromagnetic forces are created when a positive (P) and negative (N) charge are brought into contact with each other. In the case of the electromagnet you know as a “banana,” the positive charge comes in the form of the peel (notice the repletion of the letter ‘P’). The negative charge comes in the form of the fruit itself, which was code-named “nutritious” (notice the repetition of the letter ‘N’) to help the Illuminati remember which half of their electromagnet was which.

The production of this complex a device would have to be quietly done. Thus, the Illuminati decided that production should be done in a remote region untouched by US regulations: Columbia. Production of these electromagnets presumably began around 1925, after the Scopes Trial credited the ludicrous theory of evolution, which explained how “genetically modified fruit” could exist. Production was in full-swing by 1928, when the infamous Chiquita banana massacre occurred. This tragedy, which involved the killing of many “plantation” workers was billed as a governmental response to a strike, however it is clear that, in reality, the workers realized that their bananas were being used to control human minds and threatened to tell the world. The Illuminati could not risk their secret being exposed, and eliminated the brave workers.

Despite a growing movement of banana-truthers, the deadly banana continues to sink its claws into modern society. We are forced to sit by and watch as the Illuminati taunt us by making the banana an essential part of their food pyramid. Even today, Michelle Obama campaigns for kids around the world to eat more fruit, spreading her diabolical, yellow-clad agents of death to our nation’s schools, vending machines and even hospitals. Don’t let your mind slip on the peel of lies created by our Illuminati overlords. Fight the power. Fight the banana.

Just a quick note: this article makes light of the senseless killing of (possibly) thousands of striking plantation workers in Columbia. This tragedy was very real and is not a laughing matter. I simply included it to mirror the theme of deadly events, which often occur in conspiracy theories.