24 Lies Your Parents Used To Get What They Wanted

Growing up can be hard, and one hard part is realizing your parents were pulling your leg for most of it 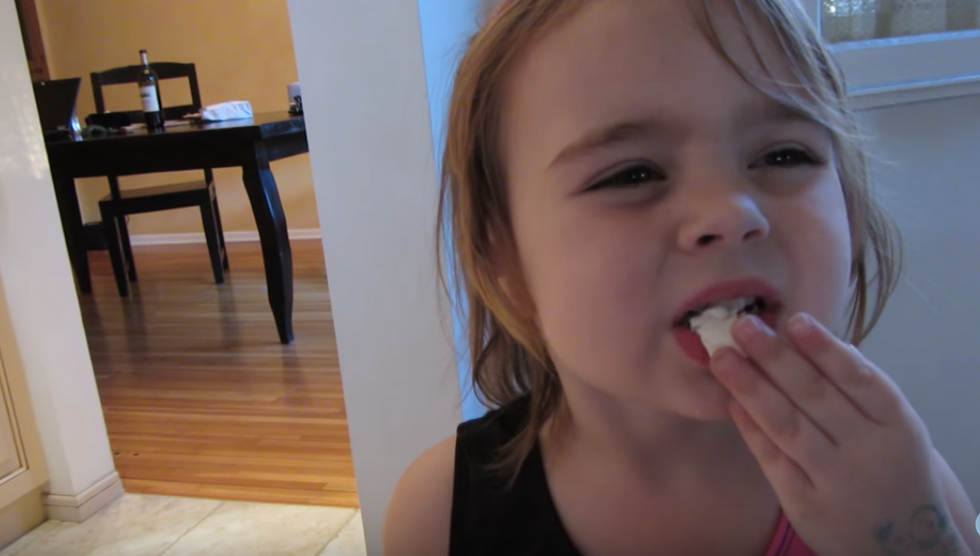 Growing up, kids are so gullible. They think that their parents know everything. I think parents know this and sort of taking advantage of it. Yes, it can be funny, but looking back at it you start to wonder why you ever believed some of the things they said in the first place. But they were your parents so of course, you believed them. As you get older, you soon find out that these things weren't actually true.

1. Sitting too close to the TV will ruin your eyesight.

There might be some sort scientific study that might support this, but what doesn't nowadays. There are probably studies that prove sitting too close to the TV doesn't affect you at all.

2. If you swallow your gum, it will stay inside your stomach for 7 years.

This one was a big one for me. If you think about, logically this wouldn't make any sense, but I believed it.

3. You can't go swimming for 30 minutes after eating.

This goes with the whole TV thing, but so far I have been just fine swimming after eating food.

4. If you eat a watermelon seed, it will grow inside of your stomach.

I'm guilty of believing this one. I mean as a kid it sounds like it would make perfect sense. To be honest, I still try to avoid watermelon seeds.

5. If you sneeze with your eyes open they might fall out.

Of course, as a kid people would try this theory out, but most people couldn't keep their eyes open while sneezing. This one was quite scary to hear as a young kid.

6. Reading in the dark will damage your eyes.

If I'm being honest, I didn't read that much as a child. But as I got older I started to read a lot more. I feel like this was my parents way of making sure I didn't stay up too late. It didn't work.

7. If you cross your eyes for too long, they will stay that way.

I believed this one because your eyes would start to hurt if I did it for too long so I decided to stop just in case this was true.

8. They have eyes in their back of their heads.

They always seemed to know everything, so why wouldn't they have eyes in the back of their heads?

9. Be good or Santa will bring you coal.

As far as I knew, no one I knew as a kid got coal as a Christmas gift, even if I thought they should.

10. If you drink milk, you will grow super tall.

Now, I know milk is good for you and I used to drink milk every morning as a kid because my parents did as well. Let's just say that I am not the tallest person you'll ever meet.

11. That cracking your knuckles causes arthritis.

Most people get arthritis anyway regardless of whether they crack their knuckles. I don't think by popping your fingers or back or cracking your knuckles has that big of an impact on your body.

12. That if you pee in the pool the water will change color around you.

This was a deterrent for me because I wanted to avoid the embarrassment, but I'm sure there have been many people that do this all the time.

13. Lying would turn your ears red.

I guess in a way there could be some truth to this if you are a person who has a hard time lying or hates to do it, but it is mostly false.

14. Having the light on in the car at night was illegal.

I never understood why having the light on was such a huge thing. It felt like the world was going to end simply because a light was on.

This is an easy thing for people to fall for. I don't think I ever did, but I could see how a child can. There was a guy in my high school that thought pink lemonade came from pink lemons, so maybe these things are easy to fall for.

16. That drinking coffee stunts your growth.

This goes with the whole milk thing. I never drank coffee growing because I thought it would make me stay short.

17. "You used to have an older sibling, but we gave them up for adoption because they misbehaved."

I'll give the parents props for this one.

18. Your childhood pet just disappeared to go live on a big farm.

Parents tell this one because they can't bring themselves to their children the truth, and the kids don't know any better so they believe them. Yes, they will be sad but at least their pet is "alive." (Sorry to anyone who didn't figure this out before reading this.)

This was a cruel way to get kids to learn how to tie their shoes. There are, in fact, Velcro strapped shoes for adults, but I'll have to admit, they aren't very flattering.

20. The tooth fairy will give you more money if you behave well.

This can tie in with the whole Santa and coal thing, but once again this was just a tactic to get kids to behave.

21. If you ate raw cookie dough, you would get sick.

22. If you ate carrots, you would get cool night vision.

Just another clever tactic to get the children to do what the parent wanted.

23. Rolling down the windows on the highway is illegal.

Once again, I never understood why this was such a horrible thing. But as a kid I couldn't argue with it.

24. An ice cream truck only plays music when they're out of ice cream.

A clever lie to get out of paying for ice cream. Pretty innovative, I have to say, but a very sad thing for a kid to hear.

So, I guess the lesson to be learned here is that parents will tell their children whatever they want to ensure that the parent gets what they want out of a situation, or that they just love messing with their kids.

To The Grandpa I Miss In Heaven, I Think About You Every Single Day

An Open Letter For Anyone Who Has Lost Their Grandma

10 Best Songs For When You Lose Your Best Friend

9 Things You Do When You FaceTime Your Best Friend

50 Things to Do When You're Bored and Completely Alone