Austenland: 4 Differences Between The Book and The Movie
Odyssey

Austenland: 4 Differences Between The Book and The Movie

Here are 4 differences between Shannon Hale's novel and the Keri Russell film. 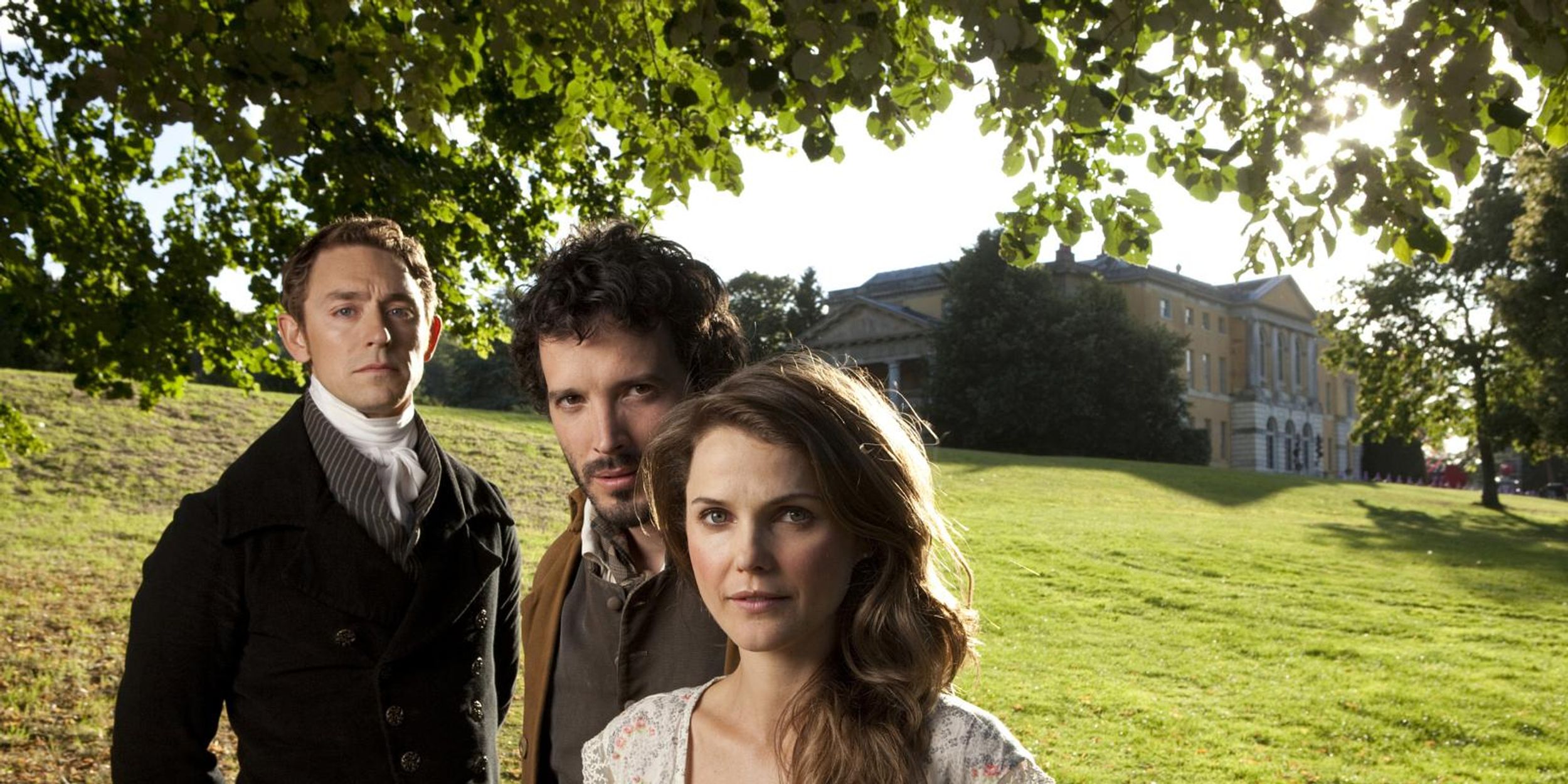 Austenland is a novel by Shannon Hale perfect for fans of Jane Austen that was adapted into a film starring Keri Russell. The novel stars Jane Hayes, a huge fan of Jane Austen. She goes to a resort called Austenland where she gets to experience what it was like to live in the Regency era. Jane learns her Austen fantasies aren’t as great as she thought as she starts to have experiences straight out of an Austen novel. While the novel and film versions of Austenland, are great, there are some differences. Here are 4 differences between the novel and the film. Spoilers for both versions below.

SEE ALSO: Pride and Prejudice and Zombies: Book Vs. Movie

1. The decision to go to Austenland

Book: At the start of the novel Jane meets with her elderly great aunt Carolyn. They talk about Jane’s failed love life and obsession with Colin Firth’s Mr. Darcy. When Carolyn passes, she leaves a surprise for Jane in her will. Carolyn sets up the trip to Austenland, or Pembrook Park, with a first-class ticket to England. Jane isn’t sure how to feel about this trip. She eventually decides to go so she can have one last hurrah with her fantasy.

Movie: Jane is obsessed with Austen and feels like her boring life will never life up to her Mr. Darcy fantasies. She decides to use up her savings to experience Austenland, betting her best friend that she will de-Austen her room if the fantasy doesn’t live up. She is very excited about Austenland and even goes to the airport wearing a Regency-inspired costume.

Book: Mrs. Wattlesbrook owns Pembrook Park. She’s mostly just seen at the beginning of the trip, during the cell phone incident, and at the end of the trip. She controls everything behind the scenes, without having much interaction with the guests during the experience.

Movie: Mrs. Wattlesbrook is a composite character of the novel’s Wattlesbrook and Mrs. Templeton. She is the lady of the house, plays an active role in the experience, and is the writer of the theatrical towards the end.

Book: Henry Jenkins is an actor at Pembrook Park that plays a character named William Nobley. He has been there for a few years, long enough to be a good acquaintance of Miss Heartwright. When Molly does a background check on him she finds that he is divorced from a horrible woman, making him wary of love.

Movie: Henry Nobley plays a character of the same name at Austenland. His aunt, Mrs. Wattlesbrook, convinces him to come on as actor to entertain Miss Heartwright until the actor playing Captain East is done filming a soap opera. He’s not really much of an actor and is unhappy to be there until he starts spending time with Jane. Based on his rant during croquet, he is sour on love due to being cheated on in the past.

Book: After Martin and Henry fail to convince Jane of their affections at the airport, Jane is surprised to see Henry on the plane. He switches seats with the woman next to Jane and tells her about his sincere feelings, while also being very afraid of flying. They spend the rest of the flight kissing and getting to know each other.

Movie: After the fiasco at the airport, Jane is surprised when Henry shows up at her apartment in America. He returns her sketchbook that she left behind and Jane realizes that his feelings were sincere after accidentally rebuffing him. An epilogue shows that Elizabeth has bought Austenland, turning it into a theme park with Andrews by her side. Jane and Henry are together at Austenland as a happy couple. George dances on stage as Amelia screams for him and tries to climb on stage. Mr. Wattlesbrook is a garbage picker.

SEE ALSO: 5 Gifts For The Jane Austen Fan In Your Life

Caitlyn Morral
St Bonaventure University
1449
Wordpress
Odyssey recognizes that mental well-being is a huge component of physical wellness. Our mission this month is to bring about awareness & normality to conversations around mental health from our community. Let's recognize the common symptoms and encourage the help needed without judgement or prejudice. Life's a tough journey, we are here for you and want to hear from you.