What To The Asian Is The Fourth Of July?
Odyssey

What To The Asian Is The Fourth Of July?

The Fourth of July is yours, not mine. 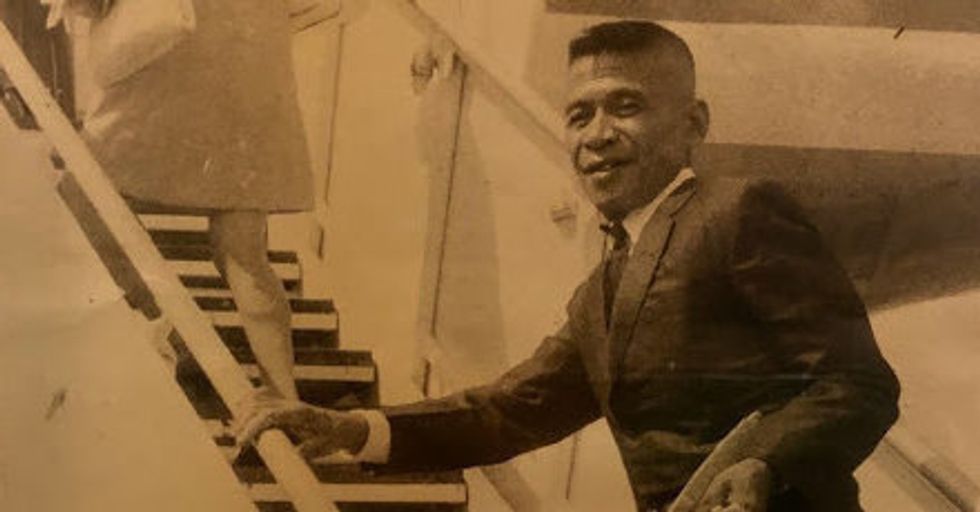 God speed the year of jubilee
The wide world o'er!
When from their galling chains set free,
Th' oppress'd shall vilely bend the knee,
And wear the yoke of tyranny

Like brutes no more.
That year will come, and freedom's reign.
To man his plundered rights again
Restore.

God speed the day when human blood
Shall cease to flow!
In every clime be understood,
The claims of human brotherhood,
And each return for evil, good,
Not blow for blow;

That day will come all feuds to end,
And change into a faithful friend
Each foe. — William Lloyd Garrison

The short answer is that the Fourth of July means nothing to the Asian.

The interactions between Asians and Americans have been minimal up until 1850. Luzonians or Filipinos from the island of Luzon arrived at Morro Bay, California in 1587, and Manila Men established a settlement on the outskirts of New Orleans, Louisiana in 1763. With the passage of the Naturalization Act of 1790 that declared only "free white persons" as citizens of the United States, the settlement called into question the identity of America — these Filipinos are not American.

The Fourteenth Amendment was adopted in 1868, "All persons born or naturalized in the United States… are citizens of the United States and of the State wherein they reside," repealing the Naturalization Act of 1790. The amendment was ratified following the end of the American Civil War and sought to address the treatment of freedmen. Around the same time, East Asian had just begun migrating to the Kingdom of Hawai'i, where white American plantation owners yielded increasing influence and power over the royal government.

In 1893, the United States illegally annexed the Kingdom of Hawai'i for sugar. The incredibly messy story of the expansion of the American Empire, with the annexation of the Philippines, Guam, Puerto Rico, and Cuba is for another day. The seizure of agricultural territories by the United States would change the course of the Asian migration with its effects seen to this day. Hawai'i and Guam would become a landing base for Asians, a stepping stone for the mainland.

The next stop ended up being the Asian's last, as many migrants ended up stuck in the California ports. The California Gold Rush required a great deal of manpower, and the vulnerable Chinese seeking asylum from the Opium Wars was seen as the quick fix to the abolition of slavery. The great influx of workers provoked resentment towards Asians, a growing "yellow peril" that would lead to the creation of the Asiatic Exclusion League. The Chinese Exclusion Act was passed in 1882, ending all Chinese immigration until the act's repeal in 1943. This exclusion would expand with the Asiatic Barred Zone Act of 1917, encompassing the Middle East, Central Asia, British India, and Southeast Asia.

The exclusionary era would see the grave injustices committed by the American government — prosecution for intermarriages, further segregation into Chinatowns, and concentration camps or "relocation centers" for the Japanese. There was no shortage of race riots and massacres as well. The list of tragedies endured by the Asian in America continues on endlessly; writing about these events here would fail to do the victims justice, for every tragedy deserves their own article.

After the World Wars, the McCarran-Walter Act of 1952 finally granted the naturalization of Asian immigrants. The quota remained. The Cold War and the threat of a Communist China and the Soviet Union forced the United States to rethink its attitudes towards the Asian populace. The Asian in America needed to be a friend of America. From uneducated laborers, the Asian suddenly became the best that America had to offer.

At the same time, the Civil Rights Movement was in full swing. The racist Democrat governors in power needed to find a justification for the preservation of segregation. That justification was found in the rising Asian population, a population that could be pointed to as an example of the good minority, not the criminals that the negroes were, as if the Asians were never a yellow peril.

But is it not true that the Asians are generally more well off?

The Asian exists as the representation of the American inscribed notions of life, liberty, and the pursuit of happiness. What great flattery for them to place on a pedestal as the model minority! How fortunate for us that we celebrate the Fourth of July as a reminder to us that we enjoy the Declaration of Independence as a declaration of our freedom as Americans. We hold these truths to be self-evident, and evidence is clear — we are "better off" than our parents and our grandparents — for my ancestors were peasants who lived a pathetic existence, and now we live in prosperity with the realization of the American Dream!

So then, what, to the Asian, is the Fourth of July?

What is the Fourth of July, to the Asian being the race who was never enslaved, nor ever had to cross a border?

What is the Fourth of July, to the Asian being the race who excels in academia and the workforce?

What is the Fourth of July, to the Asian being the race who sets an example as a shining beacon of the American dream, a "hard worker"?

For us Asians and Americans to believe in such an ideal is a great honor and a great illusion. For all the nurses, accountants, and programmers who I know as parents to my friends, I remember my great grandfather working on the fields of the Puna Sugar Co., my mother who works two jobs, and all the immigrants who were never the lawyers, doctors, and engineers that they were trained to be in the motherland.

When "Crazy Rich Asians" was released in theatres and hailed as the first step towards Asian representation, I remembered the sobering statistics. More than a tenth of Asian-Americans live at poverty level. While there are indeed crazy rich Asians, their presence is one part of the picture–the other part is the crazy income divide, where the top 10 percent of Asians earn ten times more than the bottom 10 percent. While Asians are generally more educated, they face a bamboo ceiling — they are often relegated to the bottom rungs of the professional ladder, with not many prospects for advancement in their career. And let us too not forget the "illegal" Asians, imprisoned by ICE, left vulnerable in the shadows of the immigration "process."

To be fair to myself, I could be worse. I go to college in the Northeast. I face no food insecurity. I can enjoy concerts. I can treat myself to boba. But I could be better off, too. I could have spent the last eight years of my life living in the United States. Maybe then, I would not have the accent. Maybe then I'd be asked "where are you from" a little less. For you Asians who live a middle-class existence, fully assimilated in the continental United States, I envy you. For you, the Fourth of July means everything the Founders set it out to be. You get to celebrate the Fourth of July.