Why The 2020 Mulan Was A Huge Disappointment To Asians
Odyssey 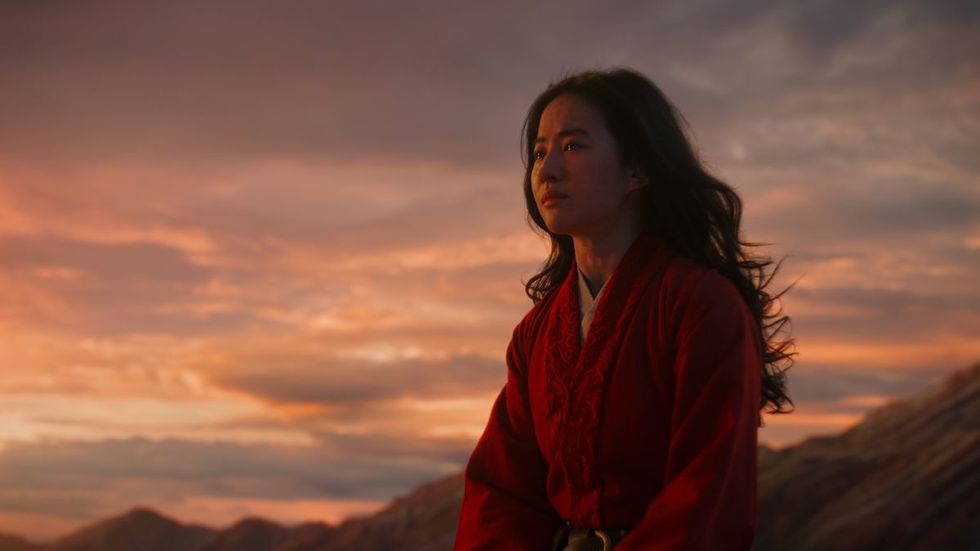 The basic premise of "Mulan" is essentially a woman who is breaking the glass ceiling while simultaneously defying gender roles and her Asian culture's traditions.

Mulan is a woman who was raised by her family (predominantly her mother in both versions, as well as her grandmother in the animation) to be wed as a bride to a wealthy, respected man to bring honor to her family.

In Southeast Asian culture, filial piety is a cornerstone of all families.

Each member pays respect to their elders, and for each ambition fulfilled, they bring respect to the clan. In addition, the eldest son possesses the role of preserving the family name, especially from their father's mantel.

It is explicitly mentioned in the remake that Mulan's father is ashamed of her because she was not born a man. Because of Mulan's childish antics, everyone except her sister treats her as an outcast unfitting to be a bride.

This is cemented when she is publicly shamed by the Matchmaker.

The culture is forcing her to act "womanly" so she doesn't embarrass her entire lineage. When her weak, elderly father is drafted for war, Mulan sees the opportunity to not only save her father from his untimely death but to ultimately redeem herself.

In the animated version, there is a crucial scene that the remake neglects: Mulan cutting her hair.

By cutting off her hair, which Mulan has grown for her entire life, she casts away her past and one of her key "feminine aspects" in order to survive and thrive as a "man" in the army.

This resonates with people who identify as transgender, and the struggles they face today with societal norms. Mulan struggles to suppress her feminine characteristics at the camp — not only to prevent her from being discovered as a woman but also to suppress the closeted, masculine nature her people deem as "dishonorable" (athletics, acting out, a boisterous nature).

Moments that cement this are: when she binds her chest and when attempts to reason about her "ideal women" to her fellow, childish, sexist male comrades.

On a side note, several people consider Shang to be one of the first LGBTQ pioneers in Disney animation, as his relationship with Ping/Mulan can be seen bisexual.

Several in the LGBTQ community believed this was a missed opportunity for Disney to offer more representation in media, as he was retconned into two different people who do not share this unique perspective/interpretation.

In addition, Shang can be seen as a conduit for change, as he opens and embraces Mulan's identity. He realizes a warrior is not defined by their body, but by their will to survive and fight. This is amplified in the animation, as Shang works with Mulan, as well as three of his men who abandon their previous notions of masculinity to masquerade as women in an effort to defeat the Huns once and for all.

The biggest sin that the remake commits is in the treatment of Xianniang, the shape-shifting witch that aligns with Bori Khan, Shang Yu's retcon counterpart.

She is a powerful sorcerer and yet is treated and named as a "dog" by her male counterpart, who claims that she would be nothing because she is both a woman and a witch.

Xianniang has to pair with Khan because she feels she doesn't belong, as no one would accept her and her magic.

Khan, as abusive as he is, is her only chance at finding a place in society. Everyone else has rejected her.

This becomes more tragic when she sacrifices herself to save Mulan from the Khan. By using her femininity as a crutch, and her death as motivation for the main character, the people behind the remake used her until she did not serve a purpose in the plot.

Disney basically used her and Mulan as mannequins the plot together, failing to actually give them a voice due to poor writing and lack of imagination.

With all of this in mind, the remake is merely another movie focused on flashy, dramatic action with CGI.

Sadly, this brings attention to the double-standard in today's society. Women often have to conform to male standards in order to thrive in many industries dominated by men.

Women face persecution and discrimination because they are either too feminine or not feminine enough while men face zero-to-little consequences by hopping on these remarks.

People in the LGBTQ community feel they need to suppress their true nature in order not to feel hurt or judged. It is important for bias to not consume us all.

In order to create change, we must be aware of the problems and of those suffering from them. Once we do that we can ensure they receive support from a community that loves and accepts them.

That is when we can fight to make change possible, so they can be deemed as equal and honorable as everyone else.