The Hardships Of Being An Asexual Woman Of Color

The Hardships Of Being An Asexual Woman Of Color

The personal, racial, spiritual, and societal clashes of being asexual. 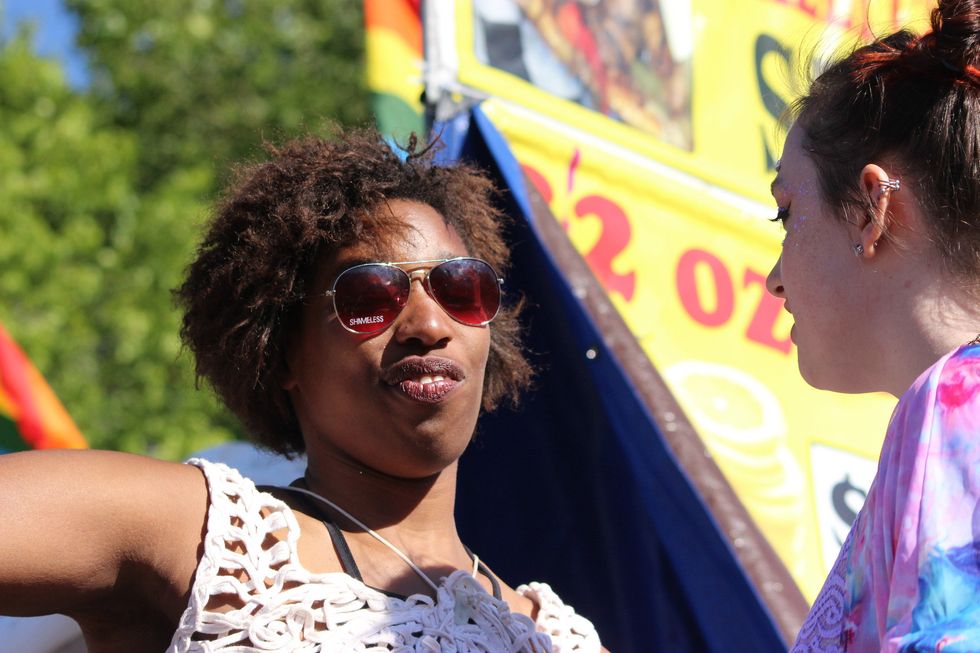 One of my biggest struggles with my asexuality is how it fluctuates. One moment anything to do with sex is okay and fascinating, the next moment its extremely triggering.

I feel like growing up as a black cisfemale, I wasn't given many choices with any kind of way to have a healthy relationship with sexuality. It's almost like everyone, no matter what race they were or what religion they followed, was raised to view sex and sexual situations the same. That method didn't work for a great number of people of color, and I feel like my relationship with sex (well, lack of a relationship to it) is part of that.

We were taught that everyone wants sex and everyone gets turned on by something. Blacks, Puerto Ricans, and Mexicans were automatic sex material, but not marriage material. Dress a certain way, do certain things, and hang out with certain crowds, and you get what's coming to you. Boys will be boys so don't lead them on, but don't throw yourself at them, either. You don't want guys thinking your a prude or a slut — because it's social death either way — and who wants to be without friends for support?

On the other hand, don't talk about ANYTHING pertaining to sex. No one has a sex life! That's wrong! That's barbaric! Only boys think of that stuff. Girls are to be good and sweet at all times and only have sex when a guy coerces them into it.

You know the rated R movies and TV shows that came on starting at 10 pm in the 1990s? I snuck out of my room and watched them religiously. Through those movies, I found out that sex CAN be something that's not traumatizing and not violating. I hoarded love stories in my room and swore Daniel Steel was a long lost sibling of mine since we shared almost identical last names and wrote about love. The common theme I saw in all the media I was drawn to consume was that everyone who was having sex was in love.

This message stayed with me because I could not figure out what sexual attraction was. Others around me described things that happened to them when they were sexually attracted to someone that I thought was gross and TMI.

I've naturally been attracted to the way people look, but its only made me want to know them better and go out on dates together and hold hands. Maybe even kiss. But I've never wanted to see them naked or touch their private parts or have them do any of that stuff to me.

No one I spoke to felt the way I did towards others.

Love was the ingredient I needed to see sexual activity in a favorable light. This also correlated with what I was taught in church and heard in popular music of the day. Love first. Love, love, love. Fall in love.

Sex second. It was the direct opposite of what the rest of society was teaching. Sex, sex, sex. Rape, rape, rape. You have tits so take your clothes off and don't tell anyone. Just do it. It's great.

As the years have gone by and society has dramatically changed, falling in love is now seen as unrealistic and patriarchal and outdated. So my relationship with any kind of sexual activity is completely negative unless I feel like I see love expressed during. Then sex can be a beautiful thing to look at. And there is now language for how I feel towards others and sexuality in general.

We now know that asexuality is a thing, and though a lot of our cultures don't want to acknowledge it, POCs can be asexual. This was a HUGE revelation for me because I really always thought either my assaults damaged me forever and/or that something was wrong with me for not liking anything sexual or wanting anything sexual.

Because of my personal experiences sexual activity, sex is not something I would choose to experience ever again. If I fell in love with someone, if they're not asexual as well, then I'd be okay letting them do sexual things to me.

One day I'd like to achieve a better outlook on sex and sexual activity. I'm tired of the back and forth in my own feelings. I know people HATE absolutes. But dammit, absolutes work for me.

I'm lost when everything is gray. And I dare say that this is a cultural thing as I've met more POCs than not that also don't deal in anything gray area. Either I'm sex-negative or sex-neutral.

One day I'd like to always be in the sex-neutral column. I'm trying to find my way there, but it's VERY difficult to do this alone. I feel like it's me and my feelings/experiences against the rest of the world's ideologies, perceptions/opinions, and experiences.

Me, weird. The world, normal. As much as people claim how much they worship the gray area in everything, they could've fooled me.