As A Man, I Agree: We Should Elect A Woman For President In 2020
Odyssey

As A Man, I Agree: We Should Elect A Woman For President In 2020

However, it should be someone we can trust. #TulsinotHillary 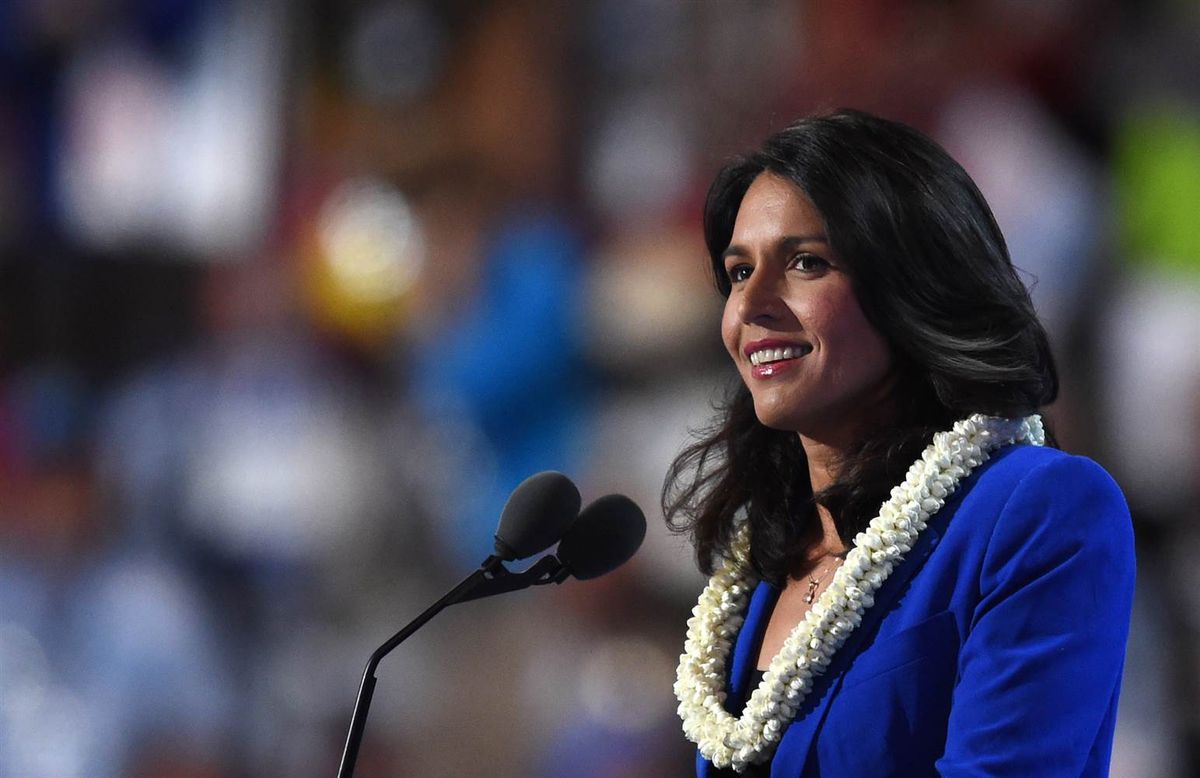 Needless to say, the election of Donald Trump has assuredly exposed the vile prejudices and Racecraft that still plague the nation today. After our own president has been exposed for being so grossly misogynistic, perhaps it is time to take a step back from utter lunacy, and back into a safer realm of sanity. Personally as a man, I am willing to admit that egomania can get the better of most of us at times. Some of us are more controlled than others of course, but I believe it is fair to say that Trump's Twitter fingers are an obvious sign of his lack of discipline. No matter what political ideology you are, I'm sure most agree that a change is needed when the next presidential election arrives.

After seeing the Women's March Anniversary successfully inspire hundreds of thousands of protesters to take to the streets once again, perhaps it is time to consider the idea of electing our first female president, should a good candidate be available to us in the 2020 Presidential Election. However, we also must not be hasty and just choose a candidate simply based on their gender, without considering their history as a politician. Hillary Clinton is a clear result of that flawed way of thinking. Based on her trustworthiness as a politician, electing her would be like choosing to hire an opioid addict as a pharmacist. And, after witnessing the election results, it is fair to say that she did not explain herself well enough on the unfortunate events of Benghazi, to regain America's trust in her as a candidate. Her consistent history of flip-flopping on issues certainly did not help either - from her opinion on Gay Marriage, the Keystone XL Pipeline, the Trans-Pacific-Partnership, and the Iraq War, just to name a few. Sure, the results of your choices as a politician can sometimes make you change your mind, but this constant inconsistency in her decision-making was too great to ignore. I hate to say it, but the election of Donald Trump was the catastrophic catalyst, needed to finally wake up the Millennial generation from their political slumber.

And now that our generation is awake, perhaps it is time to choose a young candidate with the guts to take on Donald Trump, and the drive to repair the damage that has been done. A female candidate that is perfectly suited for the job should she decide to run. Tulsi Gabbard.

She's no Snowflake, She's a Veteran

When the 2020 Presidential Election arrives, we all know that the Alt-Right extremists will be apt to proclaim any Democratic Candidate as a snowflake. This won't get them too far if Tulsi gets the Democratic Nomination. She's a veteran herself, that would humiliate any of these internet-bound Breitbart warriors in physical combat.

From January 2016 to January 2017, the percentage of homeless veterans has increased 1.5%, amounting to a total of 40,056 veterans. Now perhaps if we cut down on U.S. intervention, as Tulsi Gabbard, Bernie Sanders, and Ron Paul have all notably proposed, then we can have more funds readily available to provide for homeless veterans.

She was endorsed by Ron Paul, and is a good choice for Libertarians and Disgruntled Republicans to consider

2012 was a rather nostalgic year for me, most notably the month of May, when I was able to attend a Ron Paul rally in Austin, TX, just before graduating from high school. He had a profound way of inspiring young people, and that is a trait I believe Tulsi Gabbard possesses as well.

Ron Paul had complimented her in November 2016, by saying; "Sanity walked through the Trump-Tower doors today," when commenting on her meeting with Donald Trump. Ron Paul will rarely ever praise a Democrat, so that alone says something.

Paul praised her stance on foreign policy, and the fact that she was willing to sacrifice her job as a DNC Official, to endorse Bernie Sanders (who Paul may disagree with on economic issues, but align with on foreign policy) rather than "bow the knee to Hillary Clinton in the primary."

Not only does Tulsi Gabbard have a good rapport with Ron Paul, but with his son Rand Paul as well. Her bill, H.R. 608, was introduced to the U.S. Senate by Rand Paul. The bill is intended to prohibit any federal agency from using taxpayer dollars to provide weapons, cash, intelligence, or any support to AL-Qaeda, ISIS, and other terrorist groups, and it will prevent the government from funneling money and weapons through other countries who are directly or indirectly supporting terrorists.

After seeing Jeff Sessions' recent tirade against Marijuana, we're going to need a young politician who is ready to oust his primitive beliefs. We cannot afford to keep wasting tax dollars on a war that the Drug Enforcement Administration will never win.

Tulsi Gabbard protested with the Sioux tribe on December 4th, 2016, to help bring attention to the environmental impact of the pipeline, as well as the disregard for preserving Native American lands.

Tulsi Gabbard has fought in the Iraq war and now realizes the costs that came with it. Much like Ron Paul and Bernie Sanders, she is against U.S. Intervention abroad. How much more of our tax dollars must we spend to fund all of these wars, when we have an increasing percentage of homelessness (including veterans) in our country?

She bravely visited the Syrian President, Assad, in an attempt to discuss a peaceful resolution:

In my opinion, if the Democrats ever hope to regain any sense of control, Tulsi Gabbard will be their only option. In the 2016 election the DNC was so incompetent, and tried forcing the American people to vote for any politician that they favored to nominate. Someone who we could not trust, especially after the unfortunate death of Christopher Stevens. Donald Trump was not elected because of how good of a candidate he appeared to be; he was elected because for some individuals there was no other way to shake the arrogant DNC establishment and wake them up. Now is the time to cleanse the Democratic Party of their ancient warmongering Neo-Liberals. If not, enjoy another four years under the Trump Administration.

Bernie Sanders might have stepped down after choosing to endorse Hillary Clinton, but the revolution he started continues on, and I believe Tulsi Gabbard will be the new face of his progressive following soon enough. As Yoda once said: "There is another."

Emma Hyatt
3715
The Truth About My Parents' Divorce