Arthritis In College: Getting Up And Going To Class
Odyssey

Arthritis In College: Getting Up And Going To Class

Here’s an inside look on what it’s like to live your college years while struggling with arthritis. 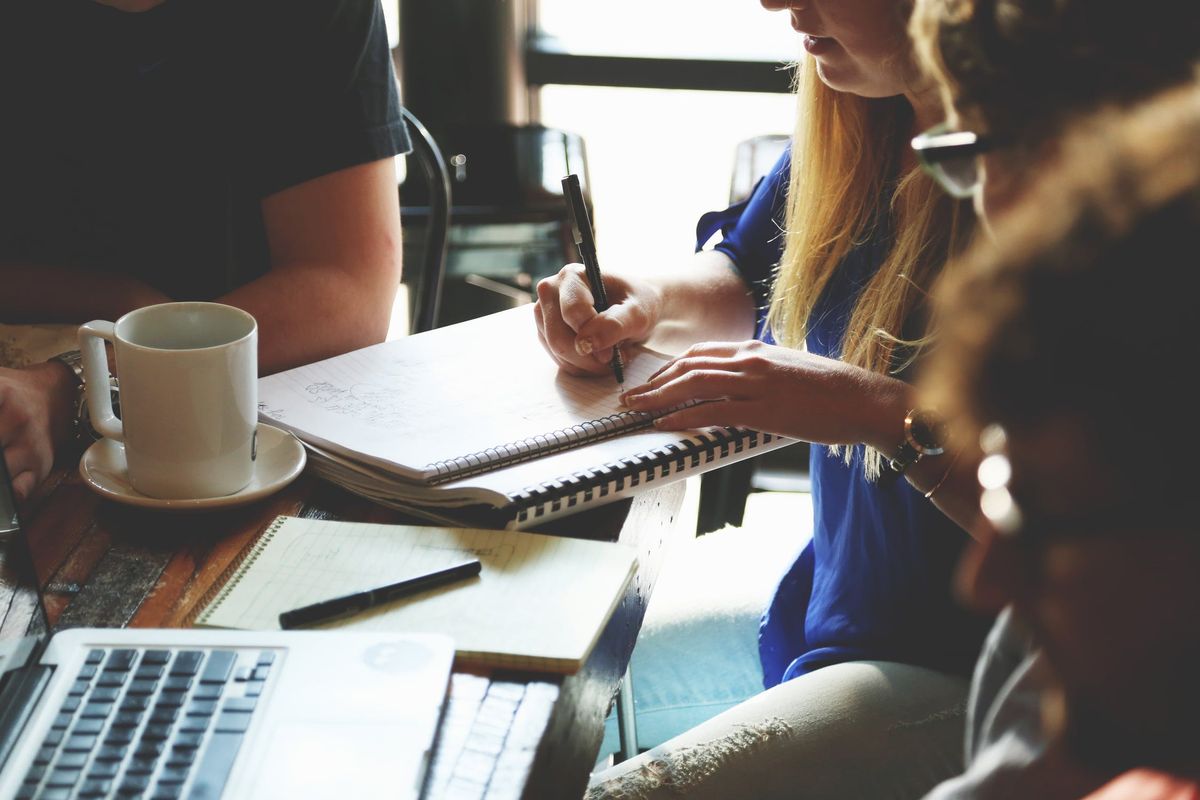 Driving to class because it hurts too much to walk. Taking the elevator to the second floor because the thought of climbing that flight of stairs leaves your joints trembling. Staying in bed instead of heading out on the town for the weekend because you are having a bad flare up... When you’re a young adult in college, it’s difficult for people untouched by chronic illness to understand the challenges you face on a daily basis. Having arthritis as a college student is no walk in the park and can often times feel incredibly overwhelming, frustrating, and lonely. Here’s an inside look on what it’s like to get up and go to class when you have arthritis.

Waking up for class

Most college students do not want to get up any earlier than they have to in the morning before classes, but sleeping in is a luxury students with arthritis don’t typically have. Someone with arthritis needs to wake up earlier than normal to gauge their pain level. They may wake up and do a full body scan, asking themselves: what hurts the most, are any of my joints locked or stiff, and am I able to get out of bed today. The first few movements of getting out of bed is often a good indicator if it is going to be a good or bad pain day. It makes sense to get up earlier than normal because simple activities like brushing your hair or taking a shower may take longer than you’d expect due to that pesky pain.

When it comes to showering in college it can, at times, not be the most enjoyable experience. If you have communal showers in your dorm, you probably find yourself with some cheap flip flops to stand in the shower and avoid touching the ground or walls (because who knows who was in there last). But have you ever thought twice about the effort you put into washing your body or hair? For someone with arthritis, just the bending or extended period of standing can be excruciating, especially if they are having a flare-up. This simple activity that people commonly start their days with becomes not so simple when you have the pain to manage.

Speaking of simple tasks, consider getting dressed for the day. The most struggle a typical college student faces are often what they’re going to wear, not if they are going to be able to put it on or not. For someone with arthritis, even clothing themselves can be a challenge. Bending to put on pants, buttoning a shirt, or leaning over to tie a shoe may be something that sends their pain over the edge. You may be thinking, “Really, who knew you could make buttoning a shirt seem so dramatic,” but hear me out. When at their best, your hands and fingers help you do your daily activities with ease. But with arthritis, cartilage is wearing away which is taking away the protective barrier to cushion the delicate joints in your hand. Without this cushion, you can have pain in that joint even when you’re not using it or when you use them very little, like buttoning a shirt.

So, you’ve woken up, showered, and gotten dressed, now it’s time to get to class. A student with arthritis has a few options when it comes to getting to class, including walking, using an electric wheelchair, or driving. Walking is the best option since it will get your joints moving, but sometimes your pain level be may too high that you are unable to make that trek to your classroom on foot. Using an electric wheelchair is a great way for a student with arthritis to get around because they don’t have to worry if their joints can handle the entire walk or the ever-present issue of parking on campus. While this is a very effective method, it is often underutilized by students because they do not want to stand out or have to explain why they use a wheelchair when they appear to be physically sound. Lastly, a student can drive. This ensures that a student can make it all the way there and doesn’t stand out, but prepare yourself for some nasty looks if you utilize your handicapped parking pass. When people see a seemingly healthy, young person step out of their car in that handicapped space, they are quick to judge and assume you are taking advantage of that close space, not that you actually need it.

Being present in class

With any student in college, the ultimate goal should be to get to all of the classes they’re paying so heavily for. But realistically, it’s nice to play hooky every once in a while. Whether it be to lounge around and binge on Netflix or nurse that hangover from drinks the night before, sometimes not going to class just sounds way more pleasant than sitting through that long lecture that would otherwise await you. This isn’t something you’ll find students with arthritis doing because they know they’ll have bad pain days where they can’t get out of bed. So, getting to every class physically possible is a high priority for someone in college with arthritis.

Once you’re in class, what do you usually do? Hopefully, you’re taking some notes to study from later. But remember that troublesome hand pain we talked about earlier? Sometimes taking notes can be difficult or impossible for someone who has arthritis in their hands. Often times students with arthritis can be accommodated to take notes and exams on a computer to help ease the pain. But if this is not a policy for everyone in the classroom, brace yourself for those judgmental looks again as students often scoff at the fact you’re getting “special treatment” or that you’re so “lucky.” Having to use a computer instead of writing because you’re in so much physical pain is far from being lucky my friends.

It can be easy for your mind to wander or get distracted during class. Thinking of your plans for the weekend or trying to cram for the final you have next can often divert your attention from your current class. For a student with arthritis, sometimes a distraction from class can be solely from pain. Imagine sitting in a room full of students and you’re in such terrible pain throughout your body that you can’t even focus; it is frustrating beyond belief. Sometimes a student with arthritis cannot sit during the entire course of the class, so they may often need to excuse themselves just so that they can walk around and relieve some pain from stiffness, before returning back to class. Pain management is vital in an arthritic college student not only for getting to class but to be able to fully focus and participate as well.