Lockdown Art with the Fenix
Odyssey

Lockdown Art with the Fenix

Just how can we find the equilibrium in art these days… 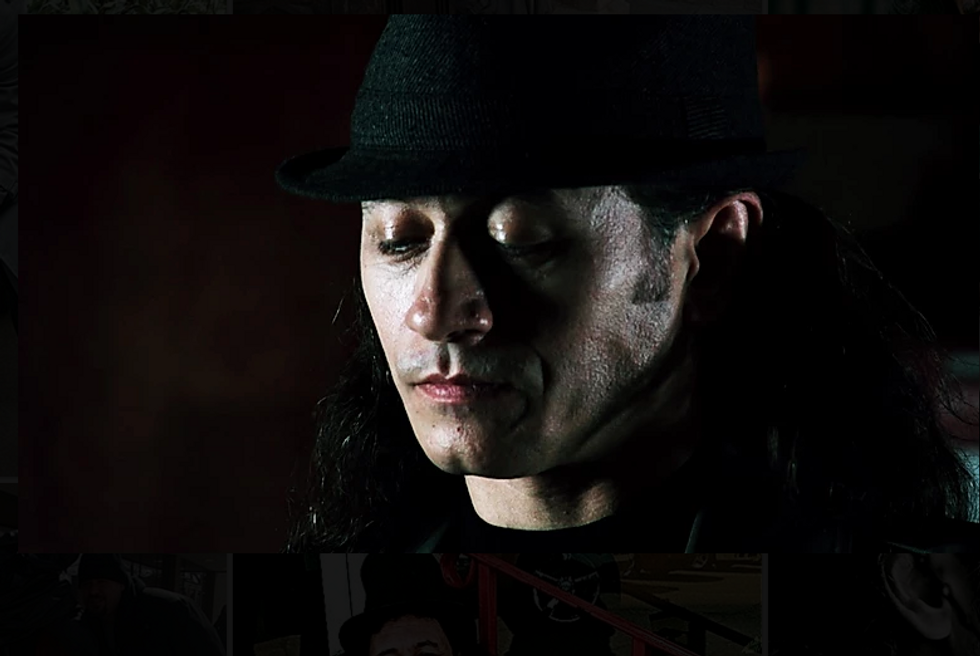 Everything is changing around us due to Covid-19 and many feel that the creative arts will forever be changed. But for one person who has overcome all obstacles he will still continue forward creating art like he always has.

Marius Iliescu is an artist from Romania who settled in the Untied States and continued performing on stage despite starting from nothing. Iliescu co-founded Ave Fenix Pictures financially backing the studio for their first film Adios Vaya Con Dios. Iliescu took such a prominent role with the studio that he laid the foundations of the new Los Angeles branch, literally re-branding the company into a new expansion 'Ave Fenix Pictures Studios.'

Aside from the movie accomplishments Iliescu is still the theater actor who has the itch to create art whether that be on stage, in front of the camera or just his every day expressions. I wanted to know his devotions, as I enjoy to dabble in the arts myself from time to time. Just how can we find the equilibrium in art these days…

How has your dance experience crossed over to theater and film?

MI: In dance you don't vocalize, you express your emotions entirely through movement and rhythm. The upside of this is that you have no other choice but to focus those emotions and project them into the outside world through your body. When you dance, even in the middle of the rawest emotion, you must be awake and trust your body in its ability to kinesthetically remember its artistic role. It helped me tremendously with my work on stage or film set because when my body is creating the self-aware image of the character I'm portraying I can trust myself that I can dive as deep as I have to into it. For any actor, its physicality is the foundation of any role, the material aspect of how the character should be and dance has this miraculous ability to connect body to emotion; a perfect combination in character building from honest acting standpoint.

What are the differences you notice in theater acting verses film acting?

MI: In theater you live for the audience; in film you breathe for the camera. The energy exchanged between the actor and public on stage is electric and renewed with every performance; there cannot be identical shows, what's done it's done. On the other hand, the camera is grinding the film actor until satisfied. What we see at the premiere is the labor of many, many "action" and "cut" acting slices, a sprint of stop and go versus the marathon of a stage work. Once the curtain goes up, the stage actor is on, living and breathing the entire show without a safety net, but boy, oh boy, what an emotional rush knowing that beyond that scary darkness at the edge of the play space there are human beings connected and ready to open up to him, giving him back the energy he so much needs to continue. With work on film, the luxury of doing it again when the scene is not up to par is there and that gives comfort just like water for the thirsty. The real problem is what you do when you are not thirsty anymore but must keep on drinking. The eye of the camera is not alive, has no sense of enough and it will keep pounding the actor until satisfied. It can be gruesome, but it's part of the surviving price on the silver screen. Just as fraternal twins, stage acting and film acting are far from being identical in approach but nonetheless they came from the same womb. After all, the intent should be the same, satisfying an invisible audience.

Did you ever see yourself as a movie and studio producer?

MI: Absolutely. I love to organize and predict the unknown. All successful producers have their way of doing things, and taking huge risks is one of them. An all time favorite say for me came from one of my acting teachers back in the day, which was "better jump over a horse than not being able to get on it". Most of my entrepreneurial life I assessed chances and took most of them. I won some, I lost some, the important thing is to win more than you lose. Now I am in a position to take bigger chances and move on to create meaningful content. My mission is to carefully keep a balance between the raw social issues today and how to place them on the audience's plate with a pinch of artistic value and accurate story telling. My vision might not be always dealing with blue skies but I got what it takes to get through the clouds.

Do you enjoy the business side of film; is it the same as being in the creative arts?

MI: I really do, no question about it. It offers the stability of knowing that at the end of the day the deals, good or bad, are standing on my desk not somebody else’s. Deal making are part of my persona, I enjoy the thrill of an eye-to-eye conversation over a promising project or a strong handshake meaning that the production is just a matter of time. Of course, I have my sixth sense well sharpened over the last 30 years to just know when a fake is a fake and some ideas are just not going to catch up. It's ok, it's still part of my world and I'm ok with it. The important part is to let everyone know that I'm there, always open to start a spark in the dark.

The creative aspect in entertainment is, believe it or not, much the same. It's an all or nothing game, a risk taking dance where getting to the point of losing your persona for the sake of a ghost called character on stage or before a camera lens, is more important than riding a golden horse. In my creative life on stage or film set I were, still am, willing to go beyond my ID and jump into the lives of others. No matter what circumstance, stage work, choreography or film pulse, I did what I had to do to allow myself change for the sake of a higher purpose. The message must get through and, just as Winston Churchill said once under great pressure and responsibility, one must "never, never, never quit" if the good of the world is at stake.

What is your dream role?

MI: You see, my entire life I had to deal with the fact that, before people really got to know me, they kept thinking I was a bad guy. Perhaps is my strong personality, my refusal to accept bullshit, which got me into countless fights, perhaps is my accent or how I look. I was born in Bucharest, Romania and, even if I lived half of my life in the US, the scent of the old world is part of what defines me. I am the kind of guy who cries when witnesses a selfless act of kindness or takes a spider back into the garden if lost in the house. I believe that each of us are here on earth to serve a higher purpose so, yes, I would love to be given the chance to rise to the level of Sir Ben Kingsley in "Gandhi", Gary Oldman's genius in portraying Churchill in "Darkest Hour", Robin Williams' sincerity in "Dead Poets Society" or "Good Will Hunting", Andrew Garfield's purity in Mel Gibson's "Hacksaw Ridge" or, last but not least, the most selfless and fearless performance of all, Jim Caviezel's Jesus by same great Mel Gibson film "The Passion of the Christ."

I will keep letting everyone know that behind my stony face is a raw and unsettled soul, ready to push emotions into the world. All I need is a chance, a bond with the right director, a bridge from my past into my future.