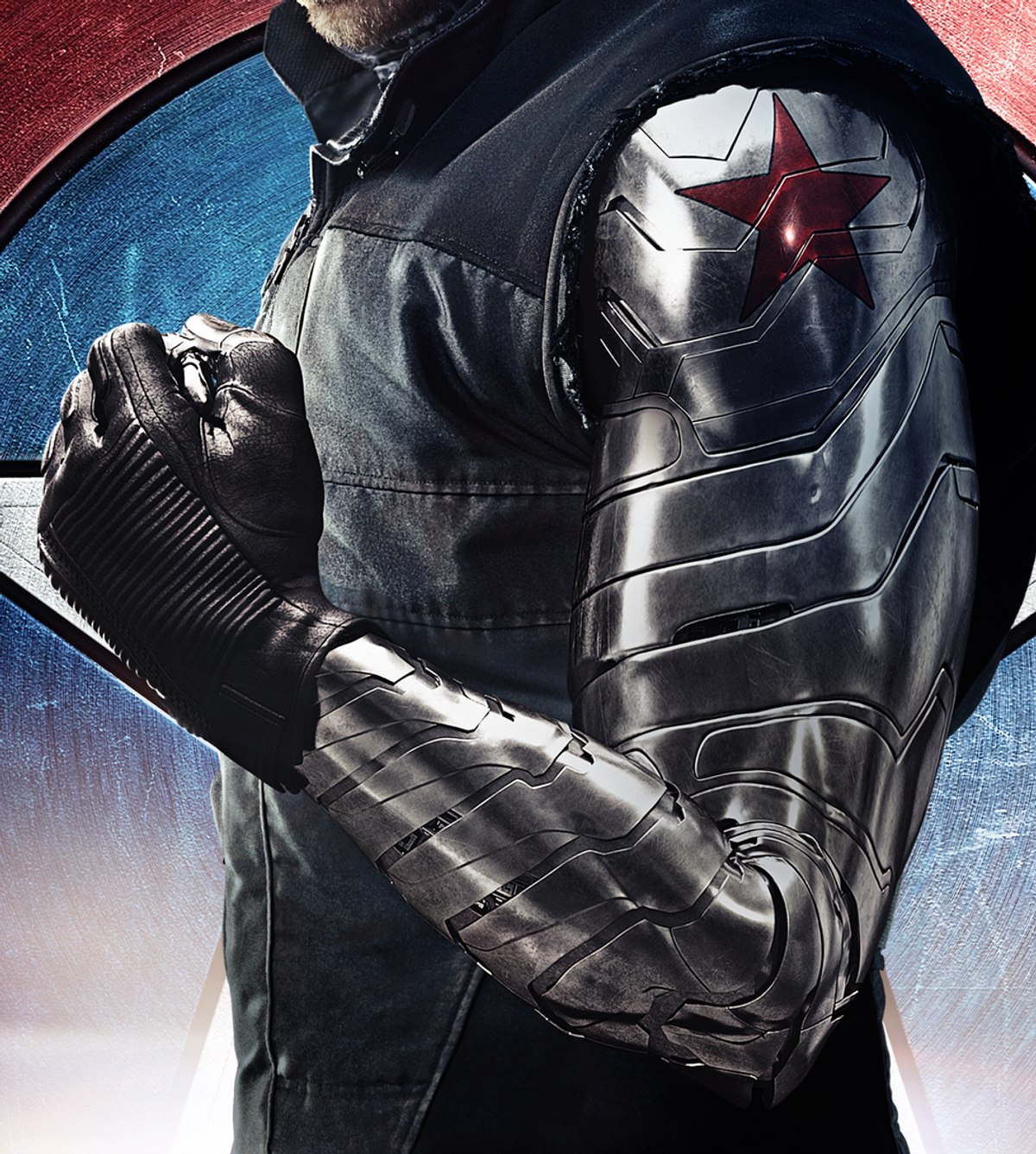 Exactly what it says on the tin.

The cowardly servant of Lord Voldemort, Wormtail is forced to chop off his own right hand in order to use his blood as part of a potion to restore his master. However, Voldemort conjures him a new hand made out of silver as a begrudging award.

While Wormtail’s hand does look pretty cool, it’s at the bottom of this list because it ultimately strangles him when he disobeys Voldemort’s orders. That pretty much negates its aesthetic value.

Merlyn became Ra’s al Ghul, leader of the League of Assassins, after season 3 (the result of a deal he made with Oliver when they destroyed the last Ra’s). However, Nyssa al Ghul challenged his leadership and the two turned Star City into a battleground. Oliver handled the situation by challenging Merlyn to a duel on Nyssa’s behalf. When faced with the opportunity to kill Merlyn, Oliver chopped off his left arm instead, took the Demon’s-head ring off his finger (which symbolized his leadership of the league), and handed it to Nyssa.

Merlyn later returned as an ally of Damien Darhk and HIVE, armed with a new prosthetic arm (but never mentioned where he got it). While it does help him fight effectively, the prosthetic doesn’t appear to lend him any extra strength. It also isn’t exactly stealthy, as it doesn’t resemble a normal human hand.

Both Skywalkers lost their right hands in lightsaber fights. Anakin chopped off Luke’s hand, while Anakin lost his in a fight with Dooku. I decided to put these two under the same heading because their mechno-arms are fairly similar (although certain versions of Luke’s hand have a synthetic skin coating that make it look more normal than Anakin’s skeletal model). Both mechno-arms lend strength to their user, along with mimicking their muscles. Cool, but not quite a selling point for going over to the Dark Side.

In this time-traveling show, the heroes crash in a version of 2046 where Star City has become a dystopia ruled by the second Deathstroke, Grant Wilson. The first Green Arrow, Oliver Queen, lost his left arm to the villain and retreated into the shadows to the point where everyone believed him to be dead.

However, in this episode, he reemerges, and is eventually convinced to fight Deathstroke alongside the new Green Arrow and the Legends. When he does so, he’s armed with a cybernetic prosthetic created by STAR Labs (home of Team Flash). It allows him to fight with enhanced strength, speed, dexterity, and doesn’t impede his ability to shoot at all.

In season 2 of "Gotham", Penguin decided to have Butch infiltrate Theo Gallivan’s operations. He decided to have Butch claim that he (Penguin) went crazy, and accused Butch of betraying him out of paranoia. When Butch asked what would make Gallivan believe such a flimsy story, Penguin replied that all they had to do was sell it right . . . and then he chopped off Butch’s left hand (in order to appeal to Gallivan, who had an ancestor unfairly punished in the same manner).

While Butch typically sticks to basic prosthetic hands, he’s also attached weapons to his arm, such as mallets and drills. Even his more simple prosthetics are detachable, helping him escape handcuffs easily. I’d say he outranks Oliver Queen because of sheer creativity.

In season three of this sequel series to "Avatar: The Last Airbender", we’re introduced to the Red Lotus, a terrorist organization intent on destroying organized government. Ming Hua is one of its members, a waterbender born without arms. However, she uses her bending skills to create powerful tentacles in place of the missing limbs. These can extend several feet, act as cables, grab objects or people, freeze at will, act as tools or whips, and even split into several limbs at once.

The only problem? One good shot of lightning to her “arms”, and Ming Hua dies of electrocution.

Oh, poor Bucky. When he presumably fell to his death, he was found by Hydra and brainwashed into acting as their assassin. Since he lost his arm in the fall, they replaced it with a powerful, bulletproof cybernetic implant, which gave him incredible strength. However, it’s not as flexible as a real arm, and is vulnerable to both vibranium and Iron Man’s unibeams. It’s also a painful reminder of Hydra’s enslavement of Bucky and how they saw him as nothing more than a weapon.

In this show, after the entire earth was contaminated with nanites, certain people began to mutate and/or manifest powers. They became known as EVOs.

Van Kleiss is an EVO with the ability to control nature (and, eventually, create other EVOs). His left arm is partially made up of a gauntlet powered by his nanites. It’s capable of extending great lengths and is extremely strong. Also, its finger tips turn into syringes which he can use to drain others of their nanites in order to feed himself.

However, like Bucky’s arm, it’s also a reminder of psychological trauma. Shiro suffers from PTSD due to his suffering at the hands of the Galra, and it disturbs him that what may be strongest part of part of him is also their creation.

This version of Roy Harper was kidnapped by Cadmus, who harvested his right arm for DNAin order to create a clone of him. When he was eventually found, Roy went after the head of Cadmus, Lex Luthor, for revenge. Lex ended up pacifying him with a cybernetic implant, similar to the one installed in his bodyguard and assistant, Merci Graves. Impressed, Roy accepted the gift and took on the moniker “Arsenal”.

Arsenal’s arm comes complete with missile launchers, grapples, and lasers. While it does require charging, it makes Roy powerful enough to hold his own against anyone, from supervillians to aliens.

At the end of season 2, Coulson’s left hand had to be cut off in order to prevent terragen crystals from infecting the rest of his body and turning him into stone. Since the incident, he’s had several prosthetics, all courtesy of Leo Fitz. These models have included features such as laser fingers, handprint scanning, frequency jamming, x-ray projection, energy shield creation, not to mention enhanced strength and durability. The only downside to the prosthetics is that their functions can be shorted out by an EMP, leaving the user effectively one-handed again until the device comes back online. Coulson also mentioned that while none of the prosthetic hands feel very normal to him, it’s not Fitz’s fault, but his own, as he’s just not the same person anymore.

As a member of the Teen Titans, Victor came to accept his appearance and abilities, taking on the name Cyborg and developing his own technological advancements for his prosthetics. His arms, in particular, are outfitted with sensors, communications equipment, computational tech, saws, welding torches, flashlights, optics, audio tools, and, best of all, a sonic cannon. They can also be detached and used for surveillance and/or reconaissance. The only downside (besides the lack of stealth) is that Cyborg needs a power source to charge himself, and is vulnerable to hacking.

QueenRadhi
The State University of New York at Stony Brook
220