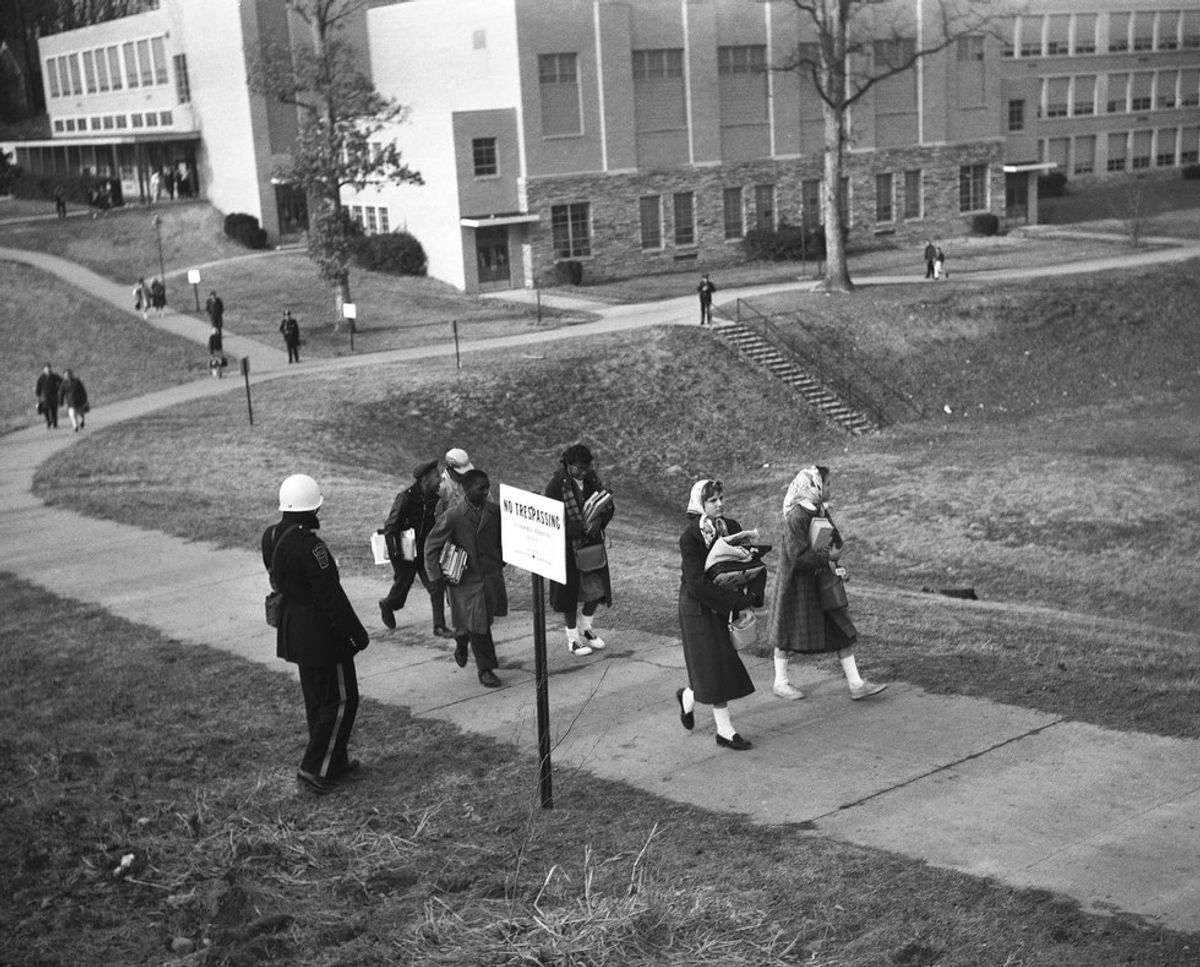 I had the fortune of growing up in a privileged beltway county across the Potomac River from Washington, D.C. That town is Arlington County, Virginia, home of the Pentagon, of the FDIC, of Sandra Bullock and Warren Beatty and Arlington National Cemetery. It is a town struggling to form its own identity, so tied to the District of Columbia and yet not wanting to be affiliated with the nonsense peddled by the federal government. What Arlington has attempted to form its identity over is progressivism and tolerance.

After Trump’s election, the Arlington County Board made statements that they encourage tolerance and will not comply with any order to help deport illegal immigrants. Entering my old high school, one sees the banner “Washington-Lee celebrates diversity!” Every year middle schoolers had to write for an annual Martin Luther King Jr. essay contest. And they were always proud of how in 1957 we had the first school in the Commonwealth of Virginia to desegregate. According to the County Board and School Board and all the rich folk north of Route 50, you’d think that Arlington County is a place of tolerance, acceptance, and harmony.

Within the last week of writing, the Arlington County School Board unanimously passed a new boundary map that effectively segregates the county school system, in a way that will make a certain high school, Wakefield, have more than twice the African-American population than the other two high schools in the county, Washington-Lee and Yorktown, combined. Wakefield already has an overwhelmingly minority-majority population, compared to pasty-white Yorktown and more diverse Washington-Lee, and this new boundary plan will make Yorktown the whitest school in the beltway, and whiten Washington-Lee, my alma mater, further.

Arlingtonians act surprised. The premier petition against this map was started by a student at Washington-Lee, and the clamor has been large. However, having grown up in the county and lived there my entire life until I left for William & Mary, I can say that there has always been a sinister element behind the mockup of tolerance that the county so desperately wants to present.

The county is divided by Route 50 that heads east into Washington and west into Fairfax County out into the countryside. North of this highway is mostly white and affluent. South of this highway is mostly minority and working-class. The northern part of the county dominates local government and shoehorns its will onto the south, caring little for the latter in any case.

Along Route 50 are mostly middle-class white neighborhoods, one of which I grew up in. This neighborhood had its own elementary school right next to it, and yet so few children in the neighborhood attend this school. Why would this be?

It’s the fact that this school is zoned not only to this border neighborhood but to several more to the south, where immigrants, mostly from Latin America, dominate in terms of population. I was one of the few children in that neighborhood to attend our zoned school; the rest went to Campbell or Science Focus or Arlington Traditional or where have you. This local school, Carlin Springs, has among the highest instances of free or reduced lunch in the county school system.

It was at that school my Filipina mother was questioned about her heritage, assumed she was Hispanic, or worse, poor. “Should I send my white husband instead?” she asked on one occasion to the girl scout troop my sister was a member of for one year.

That elementary school shares a lot with Kenmore Middle School, where I attended as well. It was earlier this year where, on its ‘walk or bike to school day,’ the County so graciously decided to block the road with construction work. I can say as a lifelong resident of the county that never would have flown at any of the North Arlington middle schools. This, to the bureaucrats in Courthouse, is a county backwater.

It’s those same bureaucrats in Courthouse, the neighborhood with the county courthouse (as one might expect) and county offices, that have time and again approved wasteful financial measure after wasteful financial measure. It was these bureaucrats that have spent millions of dollars on art centers and aquatics centers whilst ignoring how little they spent on making new schools big enough to withstand all the immigration the county’s been getting for the past several years. It was these bureaucrats who spent a million dollars on a single bus stop in South Arlington in an attempt to appeal to that part of the county, while spending very little on actually improving bus services. It was these bureaucrats who attempted to build a streetcar on that same street, Columbia Pike, completely ignoring how much harder it would make it to drive in South Arlington.

For as long as I can remember Arlington has been dominated by a rich, predominantly white elite that couldn’t give a damn about anywhere south of Route 50 if they tried, and whose racism is hidden through their superficial embrace of tolerance and multiculturalism. They dissemble and blame housing prices when they try to get planned homeless shelters moved south of that highway and do everything they can to send their children to mostly white schools. Through them, the Arlington County Democratic Party dominates the county and maintains the status quo.

This new district map is only the most blatant example of the county’s hypocrisy. In my nearly two decades of living there, the hypocrisy has only increased. Now, I can only hope the rest of the county realizes this.
Report this Content
This article has not been reviewed by Odyssey HQ and solely reflects the ideas and opinions of the creator.

An Open Letter To The Teacher Who Changed My Life