Are You A Meat-Eating Animal-Lover?
Odyssey

Are You A Meat-Eating Animal-Lover? 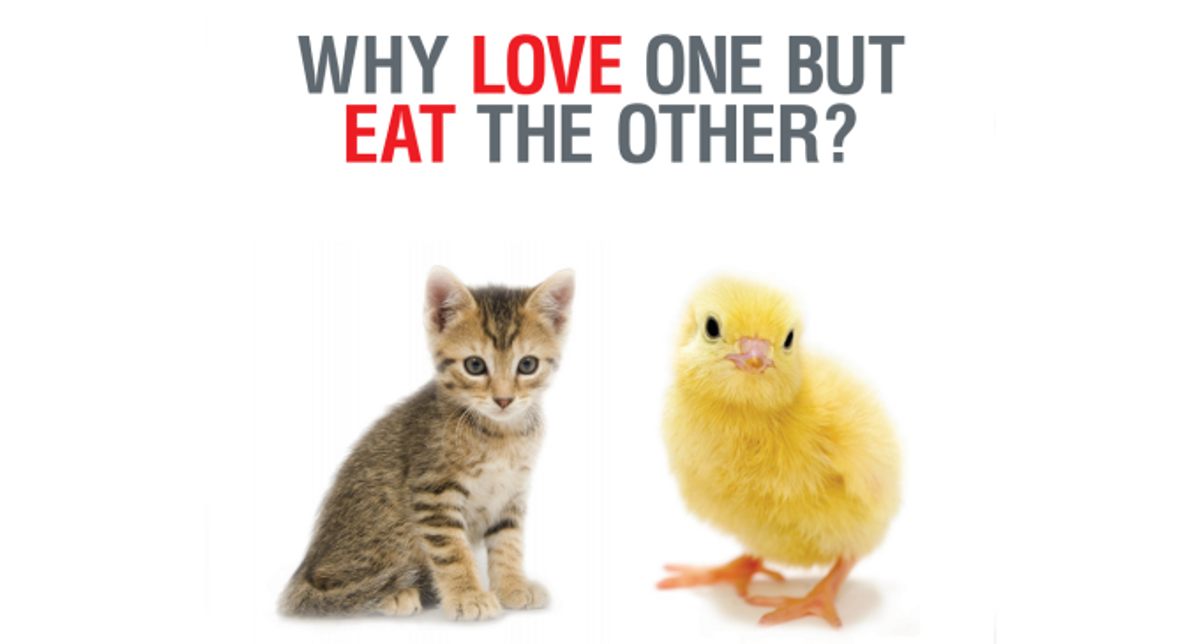 I was walking around my college campus today with the drizzle of the gloomy, rainy weather on my back when I realized that a lot of people were trying to, like me, avoid stepping on the poor pink souls that lay littered across the paths. Concrete and worms: what a strange path to be walking on.This brings to mind several other forums and debates that have all centered on the reconciliation of being a meat-lover and meat-eater and yet, being an animal-lover. Can you reconcile the systematic killing of some animals, and yet love, cuddle, pet, and post video after video of dogs and kittens and baby rhinos and pretty fishes?

While these choices and the reasons people make them are entirely their prerogative-- you have all the right in the world to eat live octopus and yet love their tentacles or what have you-- it still remains a strange and perhaps irreconcilable notion. Is it possible to love your Philly cheesesteak as much as your pet labrador?

Can you gush over a cute video of an orphaned elephant in Thailand being rescued and yet gush over your beef burger? Even more complex: can you protest (admittedly, on Facebook) against the Yulin dog meat festival but eat chicken tenders the same day? Would you post a picture of that on Facebook? Where do you draw the line, if indeed you can even find it?

I don't have these answers; this is as complicated as a debate gets. One can value personal rights over animal rights, call it utilitarian and say it's the circle of life, and that empathy and choice go hand in hand.

Personally, I find it hypocritical. The difference between animals should not be made on a utility level--that certain animals such as livestock and cattle are bred for the specific purpose of being made into the meal on your plate-- because we argue on an emotional level for the other side. If the mass execution of dogs for the Yulin festival shocks you, and the sweet kitten evokes happiness in you, it becomes problematic to say that cows and chickens are mass-bred and remove the emotional factor from it. It isn't that mechanical or simple... or is it?

Mufasa: Everything you see exists together in a delicate balance. As king, you need to understand that balance and respect all the creatures, from the crawling ant to the leaping antelope.

Simba: But dad, don't we eat the antelope?

Mufasa: Yes, Simba, but let me explain. When we die, our bodies become the grass and the antelope eat the grass. And so we are all connected in the great circle of life.

Can it be this simple? Can rationalization be a substitute for a conscience? One might argue that it comes down to caring about the welfare of animals and not their rights; but is it possible to ensure the welfare of the all the millions of animals that are involved in the U.S.A--which has a huge meat industry--let alone the world?

Arguments about the environment and the economy also play into this, and I won't assume to know all about those aspects, but it seems as though the only reason they play into this argument is because of the already made mistakes of centuries ago; without such an over dependence on the meat and animal industry, it would not be so hard to listen to your conscience instead.

While earth does exist in a balance of consumption and safeguarding, at our current rates, we are over-consuming our resources. Could then the reduction of consumption, if total termination of consumption is impossible, be a solution? We need to move beyond the self-righteousness of the endeavor and look at its practicality as well. It starts out as a question of morality, but to really see it in terms of its benefits for not only humans but the animal kingdom and the earth, the practicality needs to be understood as well.

The practicality question goes both ways, however, and has strong contentions on either side. The extent of personal reduction remains, as it says, personal: up to you. Ignorance about the extent of this elusive "line" can only be detrimental, so before you post that cat video or sign a petition against a violent practice against animals, put down that beef burger, and look at exactly what it means and what that stands for you before you take a bite or press a button.

It can probably never replace chicken tenders or your favorite meat, but it is healthy and nutritional, and if done right, really tasty!

Another argument against veganism summarized in a meme... the wonders of the Internet, people.

Veganism isn't an excuse to be self-righteous!