What can be worse than an F on your exam? I know, a FAKE F! 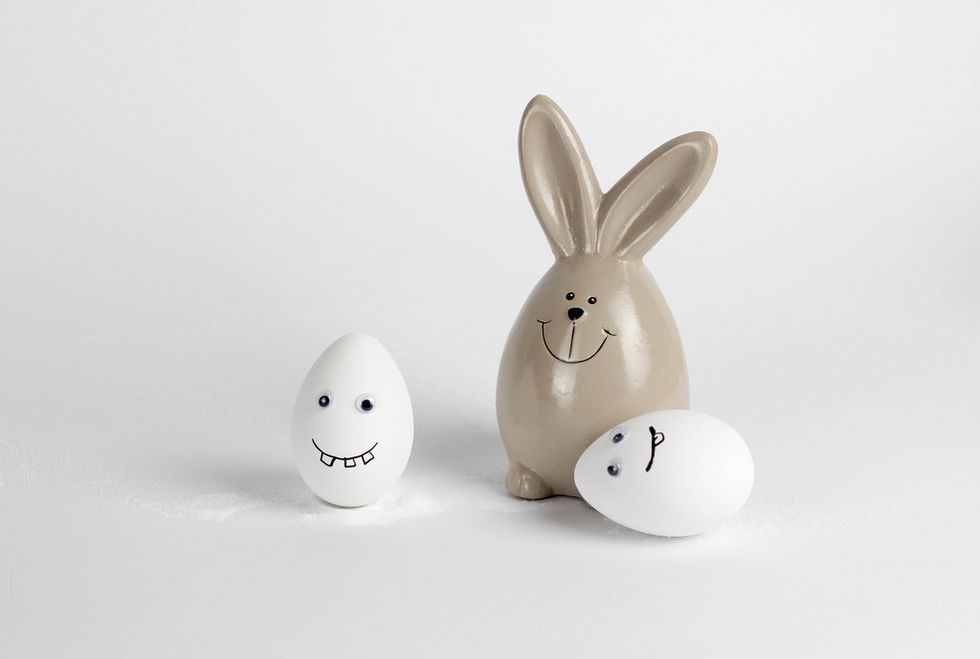 Imagine you're coming to school in the morning and is hit with the gravest of news: you got an F on the subject that you're best at. "How could this happen?' you may ask. Gently, the professor places his hand on your shoulder, snorted, trying to hold in his laughter and says: "April Fools!"

Yes, it's that time of the year again folks, when reality becomes highly exaggerated without a care in the world, because on this day, it is totally fine to lie. But how did such a ridiculous tradition come to fruition? Moreover, when did this tradition come about?

There's not really one concrete source for such an event, leading to a wide range of speculations and theories of ancient cultures. The theories themselves, believe me, are even crazier than the pranks on this date.

Let's start with the most popular theory, dating back 500 years ago in France. In 1582, France switched from the Julian calendar to the Gregorian calendar. However, news of this switch was not widely known to people (due to the lack of communicative devices at the time). People who were slow to get the news continued to celebrate the new year during the last week of March through April 1.

This eventually became a joke in French society, leading to numerous pranks on the partygoers. These pranks included having paper fish placed on their backs and being referred to as "poisson d'avril" (April fish), said to symbolize a young, easily caught fish and a gullible person. This, funny enough, was where the Vietnamese word for April Fools (Cá tháng Tư – April Fish) came from.

Turn your April Fish into a real-life prank StaticFlickr

Is there an older origin? Historians say yes! There is a festival called Hilaria, celebrated in Ancient Rome at the end of march where people dressing up in disguises. Pay attention to the festival name, you might find something familiar: Hilaria has the same word root as Hilarious!

The tradition has had a long history, and it has evolved to accommodate our ever-changing world. In modern times, April Fools' hoaxes take the cake. Newspapers, radio and TV stations and Web sites have participated in the April 1 tradition of reporting outrageous fictional claims that have fooled their audiences.

In 1957, BBC ran a program called Panorama that showed the Swiss harvesting spaghetti from trees. This hoax was largely underfunded, operating at a mere £100. Yet, it was one of the biggest pranks in history to have ever been broadcasted on TV.

In 1993, a radio station in San Diego, CA told listeners that the US Space Shuttle had been diverted to a small, local airport. Over 1,000 people drove to the airport to see it arrive in the middle of morning rush hour. There was no shuttle flying that day.

However, not everyone is in on this tradition. Microsoft has announced that they will not participate in this year's April Fools' due to them losing more than gain on this day. This makes sense, considering Google's massive prank backfiring in the past because they muted threads and adding "Despicable Me" minions all over emails.

We can all agree that April Fools' has become a pivotal festival in our recent history, offering us a break from the rushed reality we all live in. A great laugh for a day is probably all we need to make our week much better. Although there had been some pranks that went too far, it does not mean that April Fools' should be outlaw altogether.

So for this year, crack open a cold one and get ready to prank your friends in the most spectacular ways possible. It's college, after all, why not pull one that'll go into history?

25 Cliché College Guys You Meet During​ ​Your Freshman Year

10 Dog Breeds That Are Completely Overrated And Underrated

How to Raise a puppy while in college