Why is it that we glance around the room when we raise our hand in class? 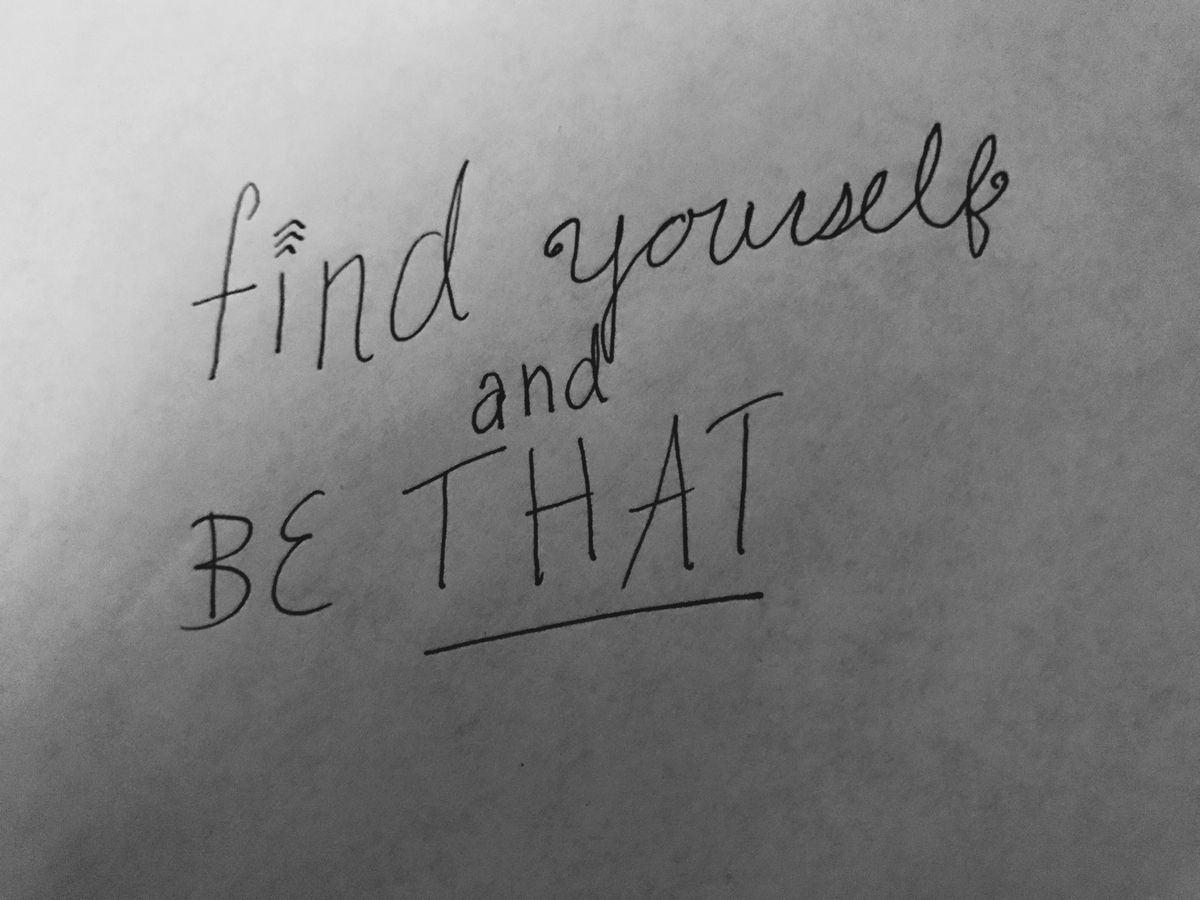 Why is it that we glance around the room when we raise our hand in class?

Seeking approval. It’s always been something that takes more control of our lives than we like to admit. I’d like to say it’s something that can easily be overcome, but it’s not. Every single person has struggled with the fear or worry of how someone else perceives us; it’s human nature.

When I was in middle school, the brand of clothing you wore defined you as a person; it determined your social status. However, when I caved into the pressures of my peers, I felt different. I felt confident at first, like I had finally found the puzzle piece that I needed to feel complete. I received compliments from people who never looked twice at me before; I smiled more, I stood straighter; it felt like a whole new world was in front of me. After a while, though, I walked the halls feeling awkward. I felt like a clone. I may have only been in middle school, but I felt like when I looked at myself in the mirror, I saw who everyone wanted me to be. I felt cliché, and there was no originality in that. What was even the point? Afterall, what’s the purpose in being what’s expected when it doesn’t reflect you at all?

High school was when I really started to grasp the entire idea of acceptance. I accepted the fact of not being like everyone else who followed the latest trends, and who conformed to a single lifestyle because it was “cool,” but most importantly, I wasn’t about to live the next four years of my life piggybacking off of other people when I had the choice to create my own.

It’s a constant cycle: people want to be accepted by the choices they make (especially if they are different), after thinking individuality isn’t always accepted by the crowd that decides what’s “acceptable” and what’s not, that person changes into what is acceptable all because of the opinion of someone else. It’s sad, honestly, but we’re all guilty of it. Besides, the crowd who decides what’s “in” and what’s not have the exact same insecurities as everyone else: they just like to cover it up with their authority of downgrading others to make themselves feel better.

For me, that self-esteem-crushing cycle was humorous. Most parents worry about their children giving into peer pressure, but mine were concerned about my constant rebellion against the social norm. I brushed off outside opinions and popular choices and I did what was best for me, not what was expected of me. I just started doing things my own way, without the worry of what others were going to think, and it was the best decision I ever made. I accepted who I was and who I wanted to be. Being different almost became a goal, a challenge. I strived to not classify anywhere. Predictability became overrated. What’s the fun in that?

College has allowed me to really compare the two side-by-side now. I started to think deeper about why the concept of approval was necessary in our day-to-day lives, why it affected us so much, and the purpose behind it. Sometimes taking a step back allows us to fully understand what we’re facing and clears our mind of pointless worries.

Our generation especially, is affected by the #goals we see on social media. We voluntarily exposing ourselves to content that makes us think we’re doing life all wrong. Whether it be materialistic things, lifestyles, or accomplishments, we always view ourselves lower than we are. Has it ever occurred to anyone that social media accounts are people’s highlight reels? Not only are we pressured into putting our best foot forward in public, but virtually as well. It’s honestly difficult to recall all of the different methods of manipulation we face that push us into believing we’re wrong for not being what virtual society tells us we should be.

Recently, I’ve found acceptance to be the healthiest option for me. No matter what the difference is that you see in yourself, and think isn’t “acceptable” to others, think again. Galatians 1:10 states, “For am I now seeking the approval of man, or of God? Or am I trying to please man? If I were still trying to please man, I would not be a servant of Christ.” I want you to think on that. What’s the true purpose of seeking man’s approval? What is the great outcome at the finish line we all desire? What is it? If it’s earthly, then we might want to rethink our priorities. Sometimes hopping on the bandwagon harms us more than it helps us.
Report this Content
This article has not been reviewed by Odyssey HQ and solely reflects the ideas and opinions of the creator.