Animals Should Not Be Used For Our Entertainment
Odyssey
CurrentlySwoonLifestyleHealth & WellnessStudent LifeContent InspirationEntertainmentPolitics and ActivismSportsAdulting
About usAdvertiseTermsPrivacyDMCAContact us
® 2023 ODYSSEY
Welcome back
Sign in to comment to your favorite stories, participate in your community and interact with your friends
or
LOG IN WITH FACEBOOK
No account? Create one
Start writing a post
Lifestyle

Animals Should Not Be Used For Our Entertainment

It's time we speak for those who can’t. 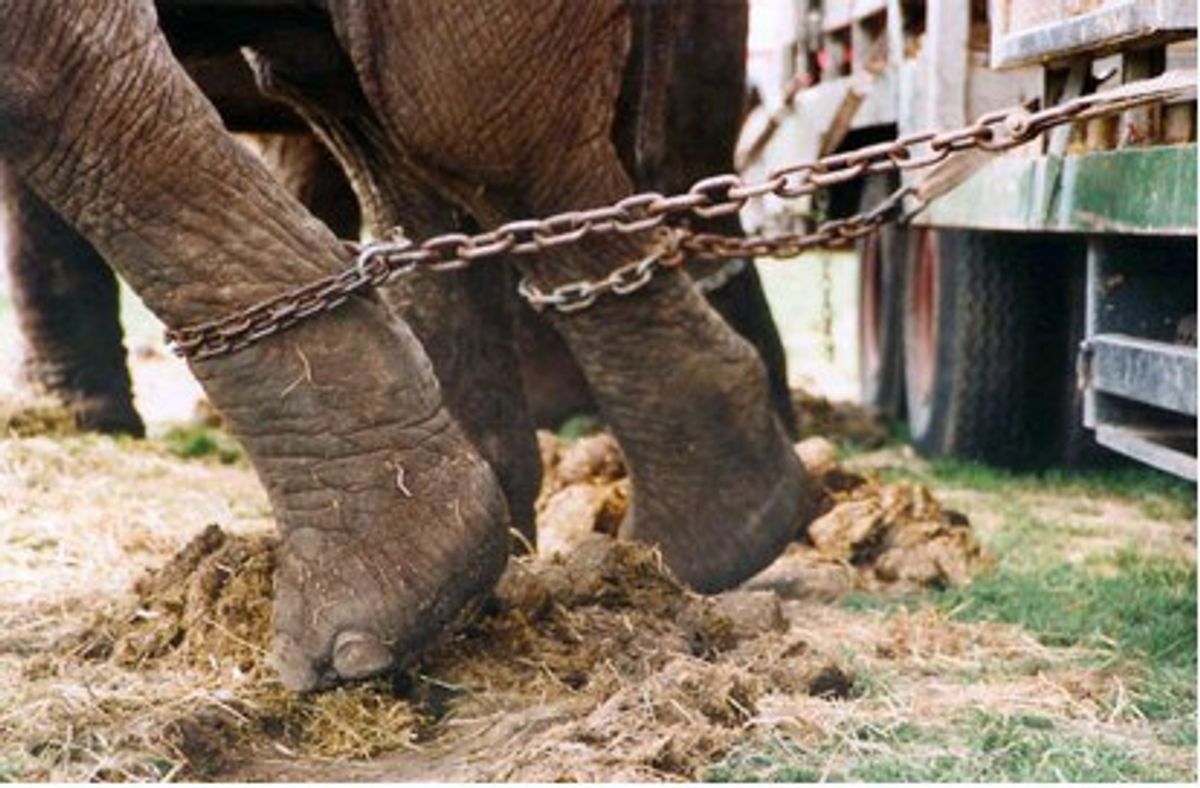 We, as a culture, have been growing around an exotic animal environment for centuries. It seems quite normal to us now. We've learned that dog fighting, chicken fighting, and brutally torturing animals for entertainment is unacceptable. Although, it's a misconception that zoos, circuses, aquariums, seem to be under control. They’re not. The sad reality is that the animal entertainment situation is still thriving today. It’s a hushed topic. It's time we speak for those who can’t.

The animal undergoes extreme emotional, mental and physical stress. The reality of animals in captivity for entertainment is torturous. They are forced into confined cages that leave little space for the full rage of physical activity that animals need to live a healthy life. Animals are living next to their natural predators, which increases their stress, and they’re forced to live in groups of their same species even if they are animals that live in isolation, like rhinoceros, bears, and crocodiles. What’s even more disappointing and torturous is that many animals who live in herds, such as zebras, or within their families, like elephants, are often separated and put in isolation around other zoos or circuses to make them more accessible to the viewing audience.

Animals who are forced into entertainment have characteristics that are not found in nature. These animals will bob their heads for hours out of boredom, pace around, sleep for too many hours, and gnaw at their own body parts because they need to entertain themselves. It’s a tragic reality that isn’t vocalized enough.

It’s a common misconception that yes, these animals are stressed at first, but they grow accustomed to their environments. The reality of the situation is that these animals are often moved around, making it hard for them to be comfortable, if at all, in their confined spaces. They are handled incorrectly during these moves, which makes the situation all more stressful for the animal.

Many zoos and circuses will have animals perform tricks and stunts for amusement. This is where the mistreatment is hidden behind the curtains. Training an animal to do extravagant tricks is something that is reinforced negatively and often with punishment and not praise. Sea World’s orca tricks are a well-known example of this tragedy, but there are many more situations out there that involve such behavior.

So how do we solve this issue?

It’s not how you would think. Do NOT let these animals back out into their natural habitats.

Animals that are in zoos, aquariums and circuses are commonly born and raised and this environment. They cannot function where they should naturally function because they don’t know of this life.

A great solution to save their lives is this — a sanctuary. Sanctuaries involve much more room to grow and roam, a proper climate, and the proper living conditions for the animal. Sanctuaries are also a great alternative for the endangered animals that need to reproduce to safer numbers, like such as giant pandas.

But, the best solution?

Don’t use animals for entertainment in the first place.