Keeping resolutions doesn't have to be as hard as we make it out to be. 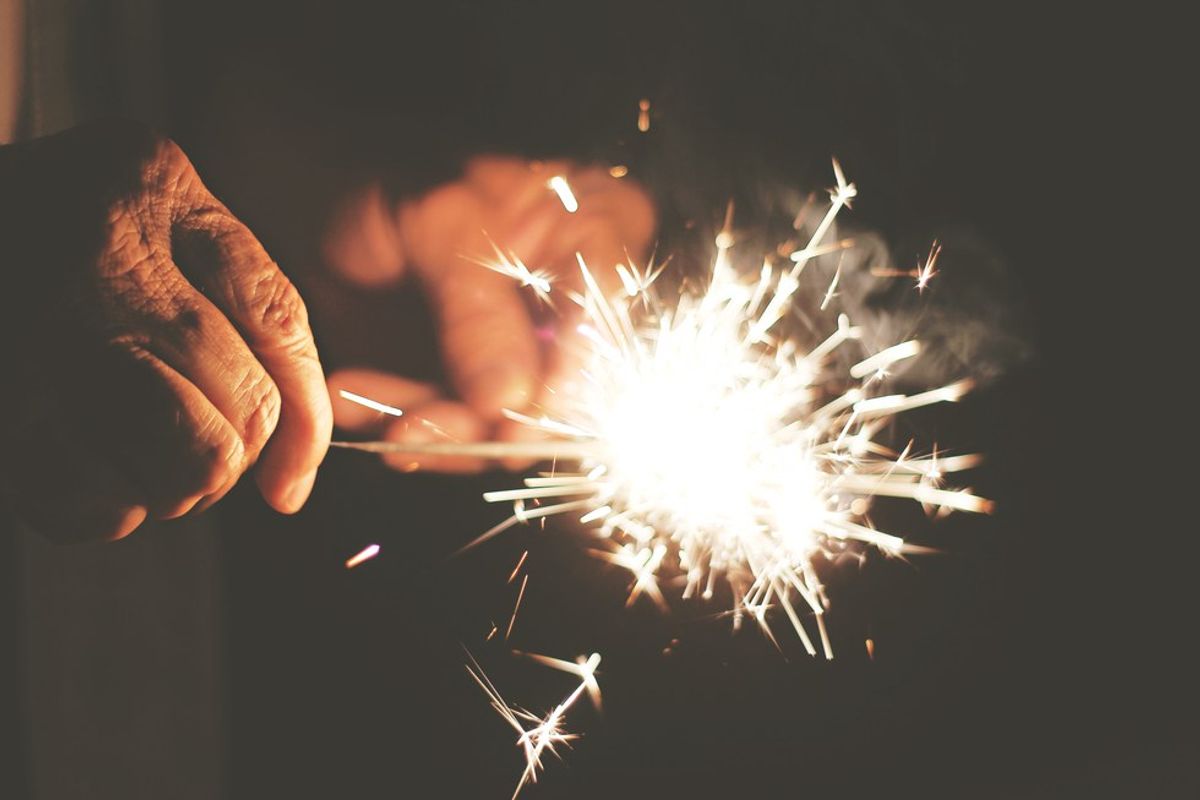 This time of year everyone is constantly talking about New Year’s resolutions. It’s that time of year when everyone is concerned with setting goals for themselves that they want to follow in the new year. Those goals can vary a lot, but most often seem to center around health, relationships, and work. I’ve often set resolutions for myself in the past, but they don’t always stick with me. It’s hard sometimes to stick with goals – heck, sometimes it’s even difficult to come up with goals – so the past few years I’ve been much more vague in my goal setting.

Whenever people ask me if I have any resolutions, I often tell them no. Sometimes this is because I simply haven’t written them in stone yet, and sometimes this is because part of me hates telling someone I have set certain goals for myself because I might not actually reach those goals. I’m realizing, though, that my goals don’t have to be big and dramatic. They don’t have to drastically change my life, and they don’t need to be written in stone. They can be changeable, applicable to numerous parts of my life, and vague (or specific) enough to get me headed in the right direction but not leave me glued to a roadmap nervous to step off of the charted course.

When I decided to write this article about goals, I was wondering how exactly I was qualified to do so. My memories of my goals for 2016 were almost nonexistent – I remember thinking of things I wanted to stick to but I felt like I fell off the wagon last summer and let my goals slip to the wayside. I’ve realized, though, after pulling out my dearly departed bullet journal (a goal that, unfortunately, didn’t make it past the spring 2016 semester), that I did actually stick to some of my goals, and that’s a good feeling.

Last year, my goals were relentlessly vague. I wrote down four words in my journal with a few bullet points beneath each one: consistency, mindfulness, and lifestyle. Some of those bullet points I failed at, but some of them I exceeded at. I did get out more – to concerts, friends’ houses and to the great outdoors. I did read more – I got through almost my entire reading list for the first time in quite a while. I even figured out what I’m doing (one of my vaguer goals) – I’ve applied to grad schools and am waiting to hear back about my future. Sometimes I can feel like a failure, but writing down some vague, but achievable, goals at the beginning of the year and looking back on them now has helped me realize that I can achieve what I set out to.