Analyzing 'The Second Sex' By Simone De Beauvoir
Odyssey
CurrentlySwoonLifestyleHealth & WellnessStudent LifeContent InspirationEntertainmentPolitics and ActivismSportsAdulting
About usAdvertiseTermsPrivacyDMCAContact us
® 2023 ODYSSEY
Welcome back
Sign in to comment to your favorite stories, participate in your community and interact with your friends
or
LOG IN WITH FACEBOOK
No account? Create one
Start writing a post
Politics

What does it take to be a woman? 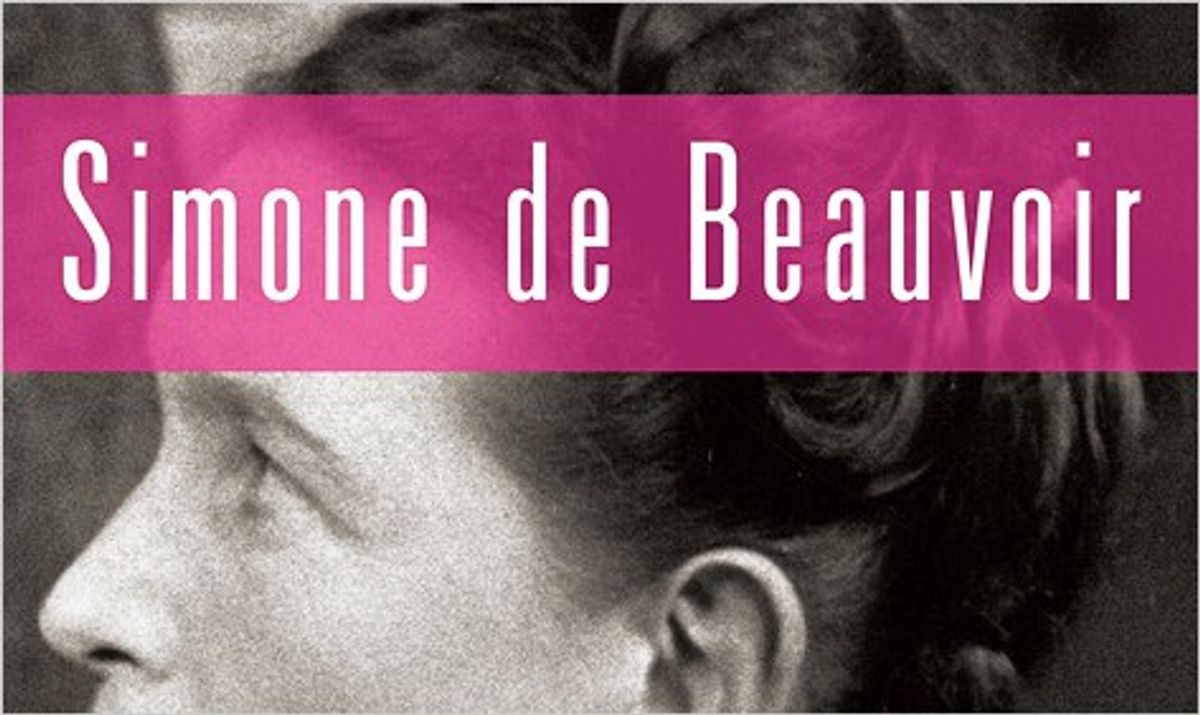 Simone de Beauvoir was a French writer, political activist, feminist, social theorist, along with many other qualifications. She has published various works in her lifetime. Of these publications, one that stands out particularly is her piece titled “The Second Sex.” Regarded as one of her absolute best works, it is centered on comprehensive feminist theory. Throughout the piece she speaks about various concerns regarding the female condition. Then, she goes much further asking questions that have to do with the qualities and standards that a woman is held to.

Defining the state and condition of being a woman is one of the most interesting aspects of this piece to me. Beauvoir speaks on the societal normalities that surround womanhood and how these are set into place. She explains how a woman’s inherent value is based on what she has already been determined to be incapable of. Femininity is given a negative connotation so much that “the attitude of defiance for many American women proves that they are haunted by a sense of their femininity.” Women are many times more reluctant to identify with various "feminine" aspects of their lives and the world around them because being a woman is deemed a bad thing.

This idea set can be traced back to the ancient world when philosophers like Aristotle lived. Beauvoir mentions him in her piece when discussing the idea of a one-sexed world. Aristotle deemed that being a woman was by “virtue of a certain lack of qualities.” He is not the only thinker to believe something such as this; many philosophers of the ancient world believed that man was the only sex, making a woman the lesser, subordinate sex based on a lack of qualities that would bring their value up to a man’s level.

This fallacious way of thinking is very troubling, specifically because of the way that a woman’s value was determined, but even more so in the way that anyone who identified outside of this sex binary had absolutely no place to reside in society. There was either male or female: The male was the all-knowing powerful citizen, and the female was the dependent, defective citizen. This is proven even further in her piece when she mentions St. Thomas, who “pronounced women to be an ‘imperfect’ man.”

It is very clear that this submissive, lesser-than depiction of womanhood is not something that can be easily deciphered, but this piece gives light to a variety of problems that are important to consider. Since the beginning of time, woman has been presented as the man’s dependant, commonly “the other” in society. We can determine this just by reading the story of Adam and Eve; as a religious text it has much merit in the values it portrays. The story depicts Eve as the dependent entity, as she was created from one of Adam’s ribs. Eve also ends up being the one who gets them kicked out of The Garden of Eden. The story warns about another seemingly common characteristic of women, that they are disobedient and lacking of self-control. This is just one of thousands of examples that negatively portray women in comparison to men. Beauvoir makes a case against the way that women are characterized, in questioning what exactly makes a woman, a woman. She makes sure to incorporate a variety of sources showing women in this light and follows up explaining why these beliefs were unjust and inaccurate in various ways. There is also a further explanation as to why these ideas of women have been pushed so heavily into the public realm. She explains that the reasoning behind this lies behind masses of fearful men who don’t want to lose any amount of their power/ privilege to women. That is why there are so many stigmas against strong, dominant female figures as being deemed “too masculine.” But this goes back to the main question, what makes a woman, a woman?

This characterization has a lot to do with society’s depiction of what a “woman” is supposed to look like, act like, and be. I think that there is no specific kind of woman that is the perfect amount of “womanly,” because there is no scale to determine that. There isn’t one that exists for a reason, because this idea of “womanhood” is socially constructed. There is nothing distinctly different between a female and a male, other than the way that we as a society construct these differences. We are all humans, and therefore should all be treated equally as such. There is no relevant justification of the mistreatment and oppression against women in society. So to answer Beauvoir’s question, there is nothing that makes a woman, other than herself. Nobody should be making that distinction for any other individual. Every person lives their lives out differently from the next and there is no justifiable way of telling somebody what they can and can’t be. I do not believe that there is a specific skillset, outward appearance, etc., that can adequately define what it means to be a woman, because that interpretation is up to the individual.