An Open Letter To Our Candidates
Odyssey

An Open Letter To Our Candidates 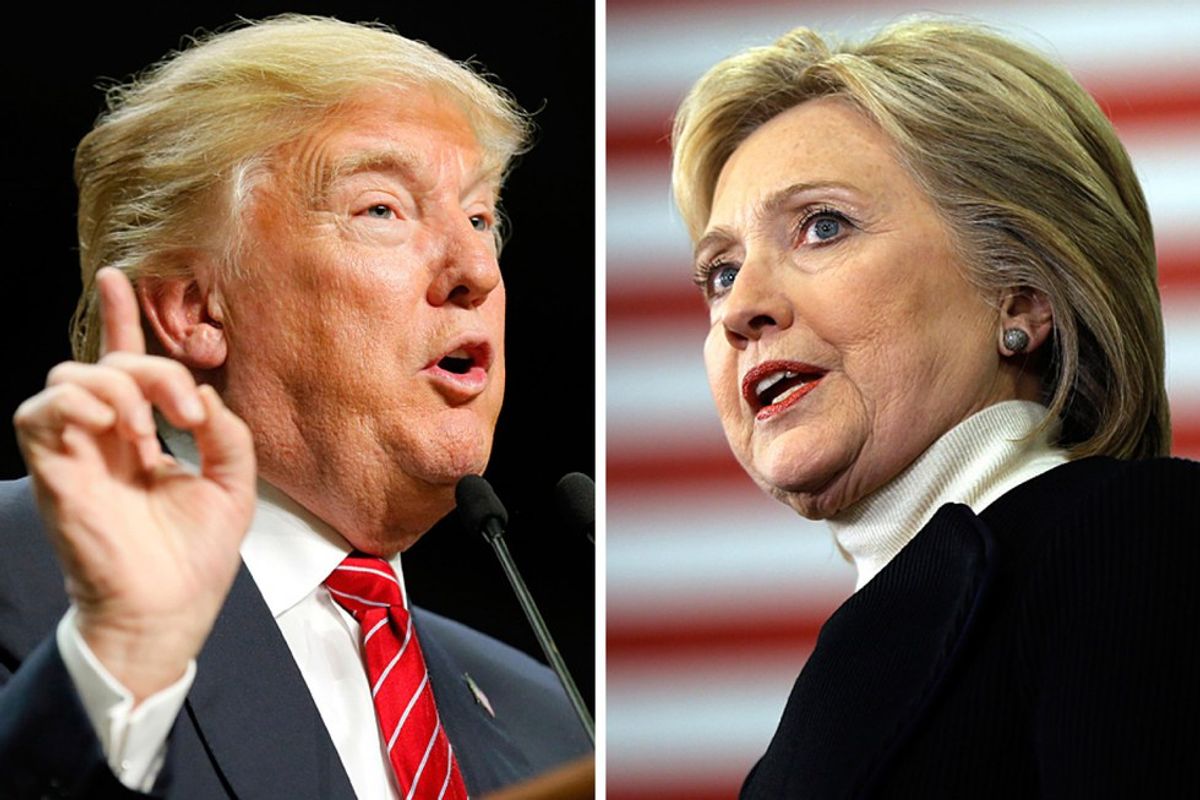 I've been following the debates lately. They're painful to watch. Tonight I went to a debate at my college. A student who planned on voting for each of the four candidates (that's right, third party candidates actually got to debate), talked about their candidate's views and why they were choosing to vote for that person.

This debate was also painful, but mainly because four college students behaved more politely and maturely than any of you have managed to do. Nobody interrupted. Nobody talked over the other speakers. Nobody droned "wrong" into the microphone. Everyone respected the allotted time limits for speaking and rebuttal. Nobody ignored and talked over the moderator. There were a few occasions when speakers would address questions by bashing other candidates, but for the most part it was all very civilized. It was quite refreshing.

But it was also pathetic. Why?

It's pathetic because it's ridiculous that four college students gave a more rational, civilized, policy-oriented debate than any I have heard yet.

Mrs. Clinton, and Mr. Trump, you are competing to be the leader of our country. A country. An entire nation. One of you will likely be in charge. I don't mean to discount Gary Johnson and Jill Stein, but this rant is primarily directed at the two primary candidates and their running mates. People who cannot go an hour and a half without acting childish and immature towards their opponents have no place being in these debates, or running for these offices at all.

It is frustrating to continually hear you bash each other, avoid questions, ramble on about insignificant and irrelevant topics. Some are more prone to this than others *cough* Trump and Kaine *cough,* but it's irritating all around.

I don't care about the email scandal. If I hear the words "tax returns" one more time I may have to flip a table. Talk about policy. Talk about plans. Talk about something besides how corrupt the other person is. Stop using racist, misogynistic rhetoric to try to obtain my vote. Stop using hate and fear to try to tell me what I should believe.

Stop answering questions by saying what should have happened in the past. Address the current situation. Stop blaming previous administrations for problems that we have. Does it really matter that much? It could have been better, but it isn't. We are where we are. I want to hear solutions, not blame-shifting. Basically just stop the behavior that you've currently exhibited and start behaving in a manner that is acceptable in a potential president or vice president of the United States. Again, this applies more to some of you than others.

I'm so fed up with politics this election cycle. I'm frustrated. I don't want to vote for any of you, but I feel obligated to vote as a citizen who is affected by the outcome. But I'm tired of tuning in to debates to try to figure out what's going to happen to this country only to smack my forehead onto a table in defeat.

I'm tired of having to choose between candidates that I don't even remotely support or like. I'm tired of having to watch you have childish battles on national television, and feeling that my time would be better spent doing a finger painting of a chicken nugget. At least the painting would be respectful of a moderator. Basically I'm just done, and I'm not the only one.

So, to Hillary Clinton, Tim Kaine, Donald Trump, and Mike Pence (in differing amounts), I'm begging you. Please just stop. Stop the ridiculous antics. You're making our country into a laughing-stock, more so than it already is. You're alienating voters, and making me distrust each of you more with every word you say. Stop debating like two siblings trying to get the other in trouble with a parent and start acting with at least some semblance of decorum and dignity. At least pretend you have some.