An Open Letter To My Autoimmune Disease
Odyssey

To My Autoimmune Disease, You Made Me The One In A Million But That Doesn't Mean You Own Me

One thing that brings me solace is the thought that because you chose me, some other child out there didn't have to suffer. 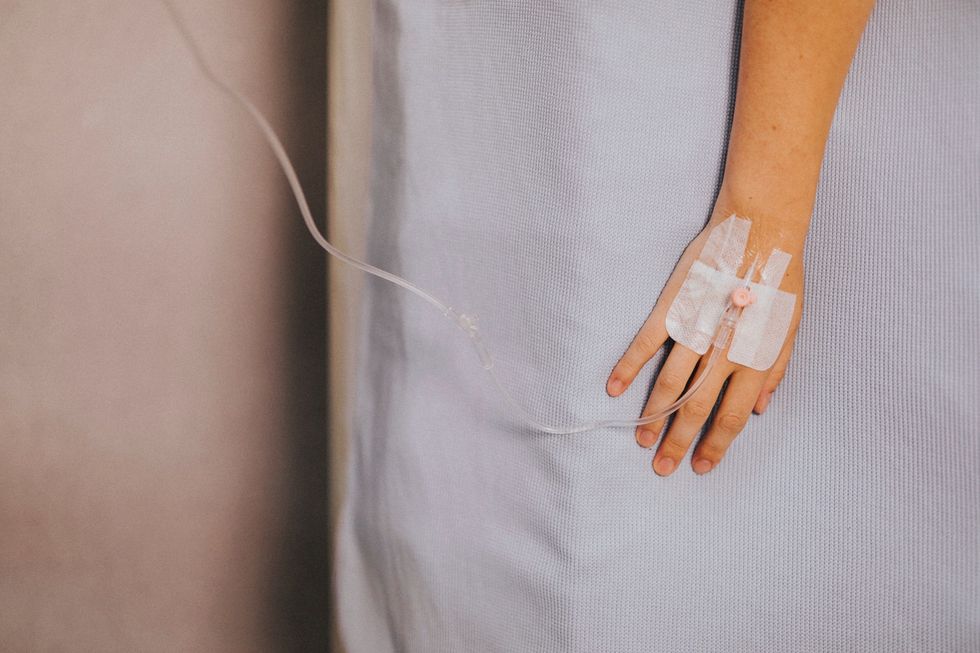 I wake up, take a deep breath and force myself out of bed. I wipe the dust off of the mirror, hoping it will somehow reduce the hollow look of exhaustion in my eyes. Nope. The lines aren't on the mirror, they're on my face. My eyes are swollen and my skin is pale. It's one of those days again. The kind of day where I see more of you than I see of myself. Despite sleeping for 12 hours, I'm still just so tired. That's you again. You let me sleep for days, but you never let me rest.

There are days where I feel as if you make up 99 percent of my identity. Those days are the hardest. I want nothing more than to be free from you, yet that prospect is terrifying to me. Who am I if I am not you? I look in the mirror and I see you, rather than myself. Who was I meant to be if you had not ruined my life? So many questions will forever go unanswered, and all of them are about you.

You took everything from me.

You didn't just take my childhood, you took my friends and my education. You took my life experiences and my ability to be a normal person. You tainted my virtue, making me angry at the entire world for something it had no control over. An "old soul," they called me. No, just a girl who had to grow up way too fast. From a very young age, I was no longer seeing the world through the rose-colored glasses that childhood makes us see from. Instead, my vision was obscured by the blinding lights of hospital rooms. I have more scars on my body from IV needles than I do from falling on the playground, all because of you.

I can't stop wondering, why did you choose me?

Was it expediency? Was I just the easiest target? One thing that brings me solace is the thought that because you chose me, some other child out there didn't have to suffer. As if I was the one who took the statistic instead — the one in a million. Yet I can't help but wish that this never happened. That somehow, someway, I could go back and time and make sure that you don't choose me as your host. Sadly, that isn't possible, so I'm stuck with you. I'm in this abusive relationship with you and no matter what I do, I can't escape your grasp.

I wonder how many years I could've saved if they had found you earlier.

You were a disease I should've grown out of. Instead, you grew stronger. You were misdiagnosed left and right and I was just a child who was stuck in the crossfire. I can't blame those doctors though. Who would've ever thought that you were my own antibodies eating away at my brain. It wasn't Tourette's or Autism, it was you.

I have to fight you with every ounce of my strength.

I wish I could look you in the face and tell you what you took from me. Trying so hard to fight you back was demeaning. A 15-year-old who had to learn how to walk again and learn how to hold a fork again. I lost the ability to play piano and draw and write my own damn name. It was degrading and humiliating. I felt so stupid because of you. I was broken, and you made sure I knew that. All while I was trying everything to make life somehow bearable again. Those damn empty orange pill bottles seemed to litter my floor. Sometimes, I feel like I could drown in them.

Because of you, I hurt people.

Do you know the saying "hurt people hurt people?" I was so angry at you that I took it out on everybody who dared cross my path. I treated people like their feelings didn't matter because I was miserable. The hardest part was nearly losing my faith in the process. I kept shaking my trembling little fist at God because I couldn't imagine why my body was so broken. Thankfully, I realized that God is my rock and He was the one I refused to lose because of you. I had to find a way to express my anger towards you without hurting others in the process. That in itself was a battle that could've lasted lifetimes.

Not only am I stuck with you, but I feel stuck in the past.

All of my friends are growing and I'm left behind. They're getting married, having babies, buying houses. Because of you, I am nowhere near where my dreams would've led me. I hate it. I hate feeling like a failure all because you chose to ruin my life. Day after day, you make me jump these hurdles that become barricades. They add up over time, and now I feel as if I'm stuck behind these tailor-made mountains. Mountains that feel so impossible to climb.

Don't get it twisted though. I'm not giving up.

Although there are mountains in front of me, I look back and see the others that I have already climbed. I see how far I've made it from my past and it motivates me to keep going. You see, the one thing you will never be able to take away from me is what I have survived. Most people couldn't walk 10 feet in the body that you've made me walk a million miles in. When you're breathing down my neck and making me feel weak, I remember one simple thing. I have survived 100 percent of my bad days. So, you may be able to take experiences from me, but you can't take away my strength. My feet hurt from trudging and my back hurts from carrying this weight, but I'm not giving up. Whatever is on the other side of the mountain in front of me will be worth all of the pain you put me through. So, just keep this in mind. You're the one who is now stuck with me. You chose the wrong person to attack. You chose me, the one who is going to conquer you if it's the last thing I do.