A satirical video regarding the Senate's inability to pass stricter gun control measures. 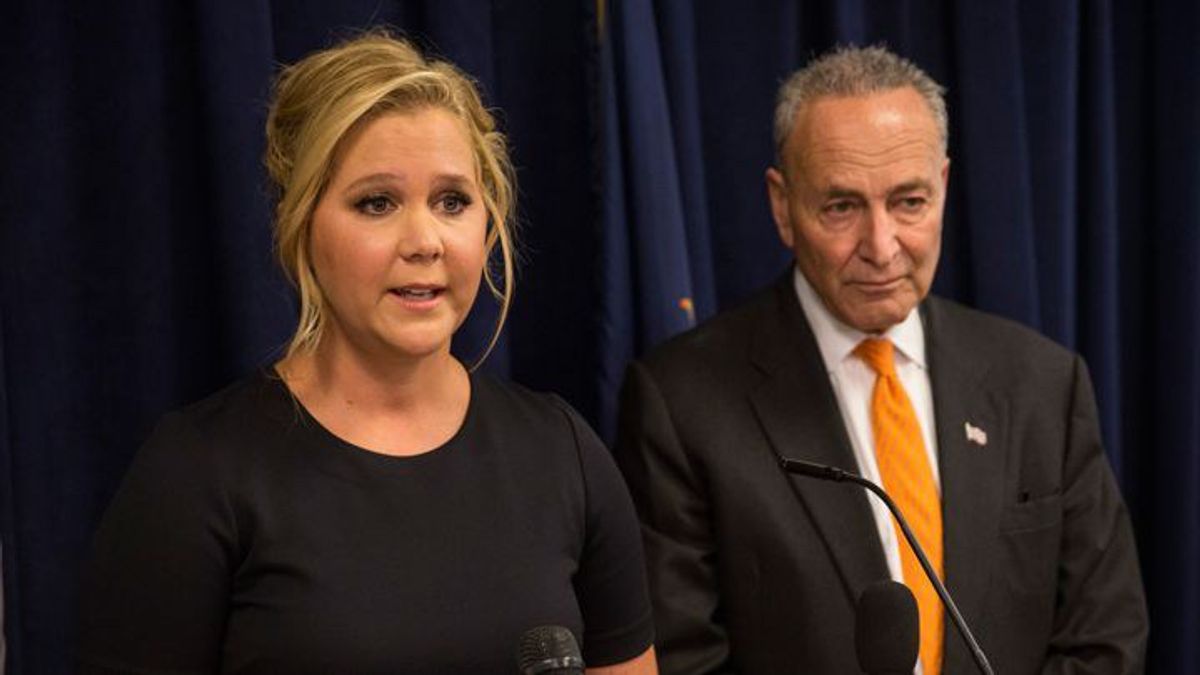 A few weeks ago, the United States was struck with yet another mass shooting, this time in Orlando. Following the shooting, many spoke up about the need for stricter gun control in America. Amy Schumer is one of those people and she has recently released a sketch that calls attention to America's lack of action regarding gun control.

The video features actors pretending to be gun violence victims, who have attempted to take their cases to court but have been unsuccessful in their attempts. Jon Benjamin, a comedian, plays the lawyer featured in the satiric commercial and questions, “Have you ever been injured in a mass shooting or other gun crime? Do you want justice?” He then follows by stating, “Hi, I’m Toby Shrak of the law firm Shrak and Murphy, but don’t call me, because there’s nothing I can do.”

Originally, the sketch had been cut from the Comedy Central series, “Welcome to the Gun Show” due to lack of time, but Schumer recently decided to release it because she felt it was relevant following the Orlando shooting, now the deadliest mass shooting in U.S. history where 49 people were killed and 53 were injured.

Schumer specifically linked the sketch with the U.S. Senate, who recently rejected four different gun control measures which would call for expanded background checks and would not allow suspected terrorists to purchase guns. Schumer told Politico, “I am sickened by the cowardice of the people who are supposed to lead us. Their dedication seems to be only to dollar signs for their own pockets. In November, we will remember who stood with the gun lobby, rather than the constituents, as we mourned for Orlando.”

Schumer first spoke about the issue in August, after being a supporter of stricter gun control for a long time. She spoke up on the issue after a gunman opened fire at a theater screening in Louisiana for her movie, "Trainwreck."

I am not only saddened, but also sickened and angry by the inaction of our government regarding gun control in America. How can they do nothing after such tragedies have happened again and again, and will continue to happen? I’m not going to act like I have answers to this issue, but doing nothing is absolutely not the answer.

The reality is, a tragedy like this can happen to anyone, anywhere, anytime. Why? Because almost anyone can get their hands on a gun if they want to -- yes, even suspected terrorists. How are we supposed to feel safe in public places knowing this? And people will argue saying, “It’s not guns who kill people, it’s people who kill people.” Sure, people kill people, but sometimes with the help of a semi-automatic weapon that they were allowed to purchase.

Schumer argues for stricter gun control by saying, “Unless something is done and done soon, dangerous people will continue to get their hands on guns. The critics scoff and say, ‘Well, there’s no way to stop crazy people from doing crazy things,’ but they’re wrong. There is a way to stop them. Preventing dangerous people from getting guns is very possible. We have common sense solutions.”

Countries with stricter gun control have nowhere near the amount of gun violence in their country as the United States does. The evidence that stricter gun control works is obvious. I would like to believe that people care more about the people in this country than their ability to own guns.