Journalist facing jail for reporting on the Dakota Access Pipeline 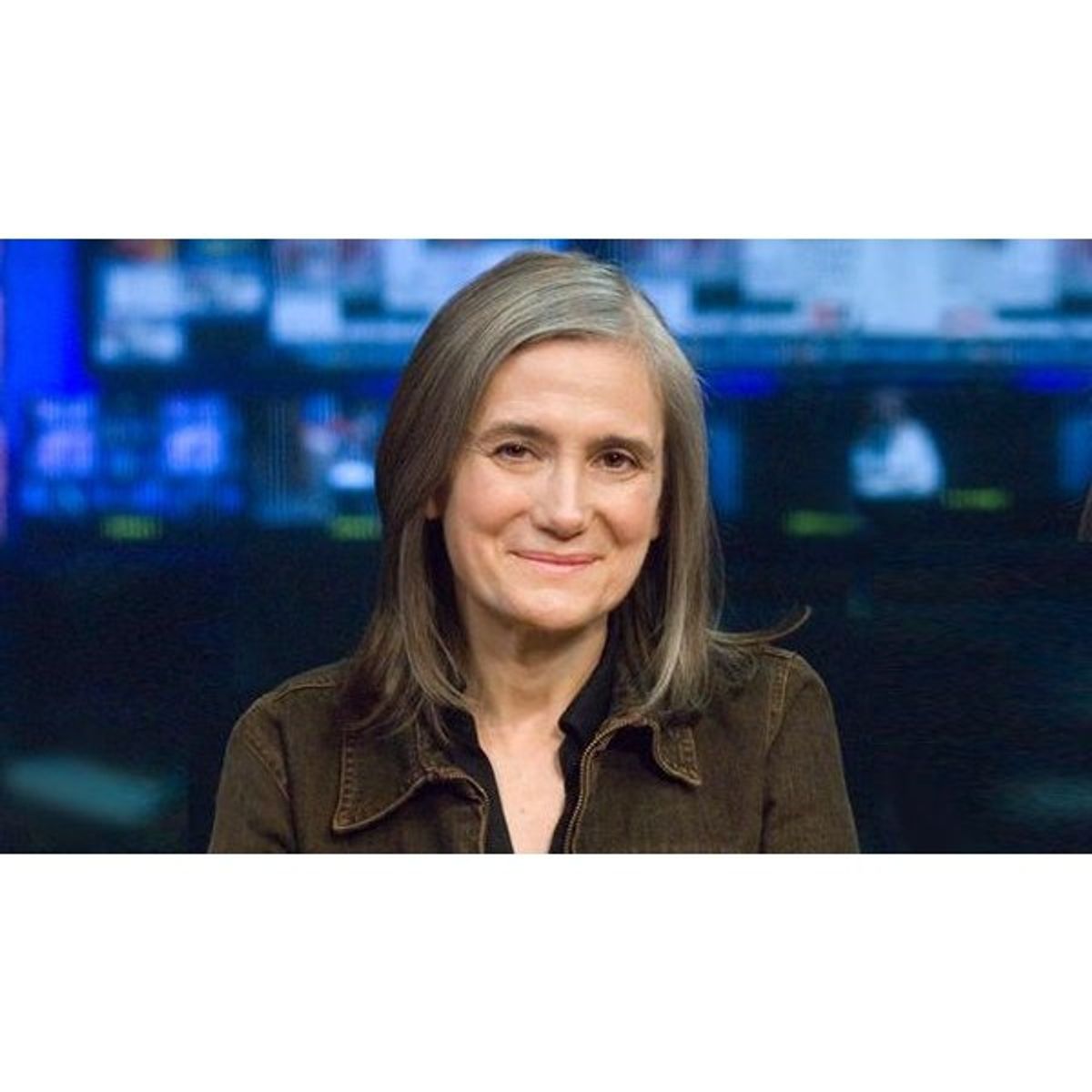 As an inspiring journalist and journalism major, Amy Goodman has always been my hero. I was introduced to her about three years ago by one of my incredible journalism professors who showed our class a report that she had done about the Iraq War and its impact on premature babies.

Goodman is the award-winning host of "Democracy Now!" and her stories have been hard-hitting and truth-telling. Goodman reports on stories that other news channels fail to cover. She finds stories on issues that need to be addressed to save lives.

Goodman is currently facing prison time for reporting on The Dakota Pipeline. Earlier this week she turned herself in to local authorities at the Mandan Combined Law Enforcement and Corrections Center in North Dakota.

Charges were brought against Goodman on September 3, when she was covering “The standoff at Standing Rock,” a three-month long protest involving thousands of Native Americans and solidarity protesters who are against the construction of the Dakota Access Pipeline.

Protesters are angry because the $3.8 billion oil pipeline is being constructed to send Bakken crude oil through the sacred sites and burial plots of the Standing Rock Sioux tribe, and according to The Nation, tribe members are terrified that the pipeline could pollute the Missouri River, —their only source of water for millions—if the pipeline were to ever tear.


Rarely have any major news networks covered the protests and story until Goodman brought attention to the situation.

Goodman reported on the front lines of the pipeline construction while hundreds of people were protesting bulldozers in action. The protesters were later attacked by security with pepper spray and attack dogs.

Her "Democracy Now!" segment “Dakota Access Pipeline Co. Attacks Native Americans with Dogs and Pepper Spray,” was broadcast live on her show and her report made a significant impact.

It showed the horrific injustices protesters endured while peacefully protesting the pipeline. The video went viral and generated public outrage.

This is the kind of work Amy Goodman is known for. Goodman always tends to “go where the silence is” and has never been afraid to report on stories that matter.

Her reporting on the pipeline resulted in a warrant for her arrest for criminal trespass at first, but later changed to rioting—a misdemeanor that can land her in jail.

The prosecutor Ladd Erickson justified these charges to the Bismarck Tribune stating that: “She’s a protester, basically. Everything she reported on was from the position of justifying the protest actions.” He continued to say that “she put together a piece to influence the world on her agenda, basically. That’s fine, but it doesn’t immunize her from the laws of her state.”

Goodman’s arrest is a threat to journalism, journalistic integrity, and freedom of press. This is a big deal. Is every journalist going to face jail time for reporting on a story that government doesn’t want people to be hear?

The Cambridge Dictionary defines Journalism as: “the work of collecting, writing, and publishing or broadcasting news stories and articles.”

Goodman did just this. She collected, published, and broadcasted a news story that just happened to matter and created an outrage.

Just in case someone doesn’t recall, the First Amendment in the United States Constitution includes Freedom of Press. It states, “Congress shall make no law respecting an establishment of religion, or prohibiting the free exercise thereof; or abridging the freedom of speech, or of the press…” It becomes a problem if it’s subject to libel, defamation, or sedition. Yes, SEDITION. Sedition is speech inciting people to rebel against authority.

Goodman’s report did create outrage. After viewing her report more people wanted to rebel against the pipeline because it brought attention to the situation. However, her words in her report never incited people to continue to rebel or protest. She never directly told people to continue the protest. She reported on protesters climbing over fences—builder pushing a protester to the crowd, and interviewed people to understand why the pipeline was important to them. Her cameras caught dogs attacking protesters, bite marks on a man’s arm, and security macing them. She was just reporting on what was happening.

Should she be going to jail for this? See the video for yourself and be the judge. Charges of rioting that are brought upon her were outragous. She is not responsible for the actions of protestors when she directly didn’t incite anything. You can’t throw someone in jail for reporting something that matters just because you’re mad that people are outraged and angry.

In my opinion it’s a threat to democracy, freedom of press, and the charges should be dropped.