Criticizing Russia while overlooking the past. 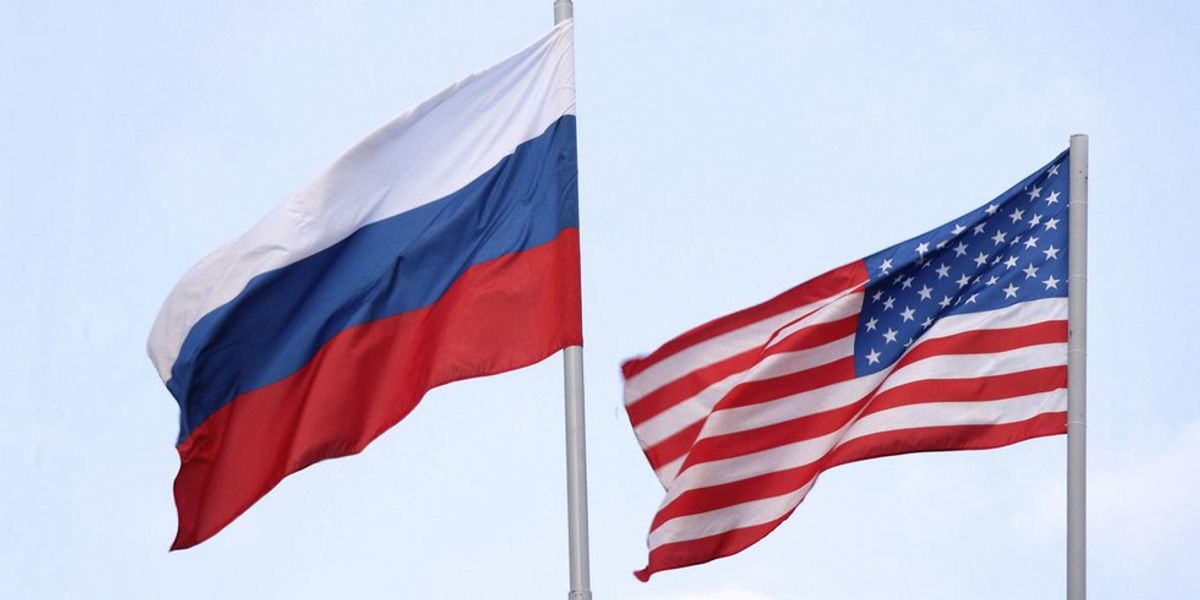 The past few years have seen two key developments in regards to Russia's geopolitical influence. First, Crimea once again became part of Russia in 2014 via a referendum which 82.8 percent of Crimea's citizens felt was fair and justified.The figure for ethnic Russians is even higher. Secondly, the world watches as Ukrainian forces engage in ruthless combat with soldiers of the self-proclaimed Donetsk People's Republic and the Lugansk People's Republic, two regions wishing to express autonomy from Petro Poroshenko's government in Kiev. The People's Republics have seen military and humanitarian aid from Russia.

Needless to say, the United States along with the EU have criticized Russia for its role in such affairs. Common claims include how the action in Crimea was an "annexation" and about how Putin "invaded" eastern Ukraine. For starters, I'd like to point again point out that if over 80 percent of Crimea's citizens supported the 2014 referendum and even today remain much happier under Russia's sphere than under that of Ukraine, it can't exactly be called unjust. Secondly, I thought that if people wanted autonomy and to be able to speak their own language and practice their own customs, they should be able to. Well this is the case in Eastern Ukraine. The United States is taking a foreign policy stance that pro-Russian Ukrainians don't want; I don't see the democracy in it. But enough about that. What this all relates to how one nation, despite its own ambitious foreign activity, deems the activity of another illegal.The key matter on which I will focus is the Hypocrisy of the criticism levied upon Russia by the United States. The U.S has claimed that Russia has violated international law by pursuing interests outside its own borders. Here is where the Irony Comes in:

That claim is being made by leaders of a nation that itself has a shockingly imperialist past, a past chock-full of foreign interests. And so I believe that before the United States criticizes another country for acting on behalf of its own interests, it should instead reflect on its own past. Though there were some legitimate reasons for a few of America's military expeditions, with defeating Hitler in Western Europe and preventing the entire Korean Peninsula from falling to the Lunacy of Kim Il Sung being the most prominent examples, the same cannot be said for a majority of what has happened on our watch around the world.

Since its inception in 1776 the U.S has invaded a total of 70 countries, with 50 of those invasions occurring after 1945. The U.S still has military bases in Germany, Italy, the Baltic States(Estonia, Latvia, Lithuania), Japan, Denmark, Portugal, Spain, Greece, along with several other nations. Notice how the first seven in the list are functioning democracies and on a practically identical level of industrialization to the U.S? Countries we've entered during the 20th century include the Dominican Republic, Brazil, Panama, Granada, Vietnam, Argentina, Kuwait, and many others. Formal invitations were not sent to the U.S by those countries. We're also pretty good at invading the wrong countries as was evident in the case of the Iraq War. In the 21st century especially the U.S has been involved in the toppling of many dictatorial though stable governments with the intention of replacing them in the name of "democracy," though these dictators were almost always replaced by Islamist theocracies which proved to be more dangerous on a whole new level. Muammar Gaddafi's removal from power in 2011 led to a still-active bloody conflict in which the Muslim Brotherhood is gaining the upper hand. Iran is ever-more powerful now that Iraqi Strongman Sadam Hussein is gone, and our relations with Russia are at an all-time low after we supported the overthrow of Ukraine's democratically-elected pro-Russian president Victor Yanukovych. Finally, and this is relevant what is going on as we speak, most U.S politicians want to overthrown Syrian Dictator Bashar Al Assad; his potential replacement: ISIS!!!

Here's the Point: As much as we like to brag about American exceptionalism and a strong military, we must realize that the rest of the world isn't fond of our military adventures. While there are many attributes about America that are admired by many of the world's inhabitants, its foreign policy is not one of them. The state of relations between the U.S and many countries not just in the middle east but around the world has very little to do with an incompatibility of values; They don't dislike us because of our values, but because we're constantly there. Islamist groups don't bomb us because of our freedom, they bomb us because we show a constant, never-ending presence in Muslim lands. In Eastern Europe, Did anybody really think that Russia would just close its eyes and look the other way as the U.S and NATO built up fleets in the Baltic Sea and sent weapons to the Ukrainian army? When you interfere in somebody else's affairs, of course there is going to be resentment by country that experienced the foreign intervention. For a country to decide its own affairs without foreign intervention is the definition of sovereignty, and seeing as though other countries don't decide America's affairs, America must return the favor by not sticking its nose everywhere because it can.

In conclusion, the United States must rethink its approach to foreign intervention, and must examine itself before making judgments about other nations pursuing their interests. Our foreign policy has resulted in foreign instability, growing disfavor with the U.S by some countries, thousands of lost lives both in our armed forces and in the occupied regions, and trillions of dollars in debt that my generation will, unfortunately, be tasked with paying off. The U.S must solve its problems at home before it can venture outside its shores. A smart foreign policy is what we need now more than ever.

Caitlin Marie Grimes
University of South Florida
2303
Beyond The States