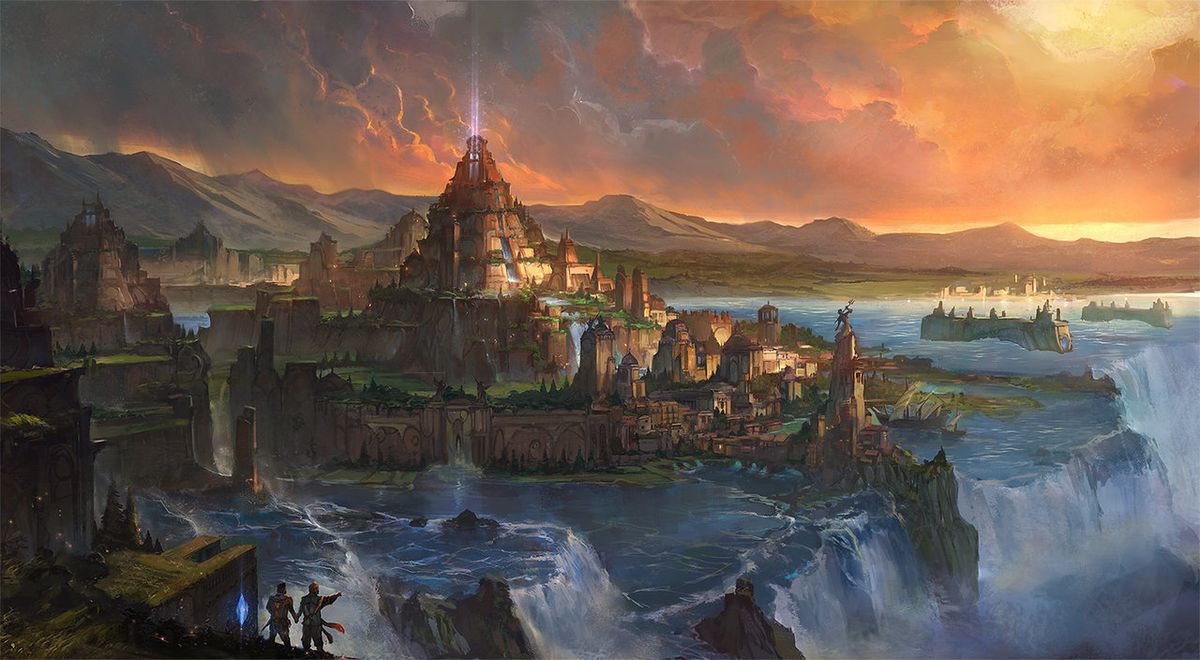 According to Freemasonic mythology, such as those described by Freemason philosopher Manly P Hall, the repositories of freemason archives holds stories of the Atlantis myth being actualized by a civilization that existed deep within prehistory. Mr. Hall speaks of this civilization through analysis of the existing works of Plato and Sir Francis Bacon; with Plato being the original author of the Atlantis myth as we in the west understand it, with Bacon's contribution being the work titled "The New Atlantis".

Within both of these works, especially Sir Francis Bacon's work, we learn that the American continents were the islands of Atlantis originally spoken of by Plato. And that the Atlantean civilization was a prehistoric civilization with technological sophistication to a noticeably higher degree than popularly believed. As Bacon writes in "The New Atlantis", this civilization had submersible technology, advance navigation for ships steering, flying machines, and particularly detailed descriptions of other technological details beyond that which was known in Bacon's day.

Now, whether or not this is an accurate depiction of prehistoric events long forgotten, it is an interesting reflection of the American civilization in the context of history as we have experienced up until this day. The advanced technological capabilities and economic abundance of the United States is, in reflection, a utopian dream once simultaneously held in nostalgia and in anticipation of the future. This utopian vision is of course built upon the highest attributes of our civilization capability, not a reflection of its overall embodiment. For in this greater reflection of our civilization as a whole, we reach the point of paralleling with the civilization of Atlantis.

As Plato described, Atlantis became a mighty global power because of its technological capacity and economic superiority. But then greed, corruption, and other weaknesses of the human heart polluted the institutional mechanisms of their civilization; and they became dominators and conquerers. Their leaders became power-hungry and corrupt with self interest. That the Atlantis empire waged a global war, invading Africa, Asia, and Europe simultaneously through the Mediterranean, amongst other targets around the world.

Whether or not these stories hold historical value is still being expanded and detailed through more and more archaeological discoveries. But philosophically it does not matter if this civilization existed or not. For when we reflect on this story of a mighty civilization, becoming so corrupt to the core that the gods themselves felt needed to interfere and destroy this force. It brings a humbling feeling to mind that our advance civilization, with all its technological marvels and economic luxuries, must still obey the natural laws that first established civilization as a coherent system. That domination, coercion, greed, corruption, self interest, etc are all counterproductive to human survival and will always be met with a resisting force that will result in adaptation and evolution, or civilization will collapse.